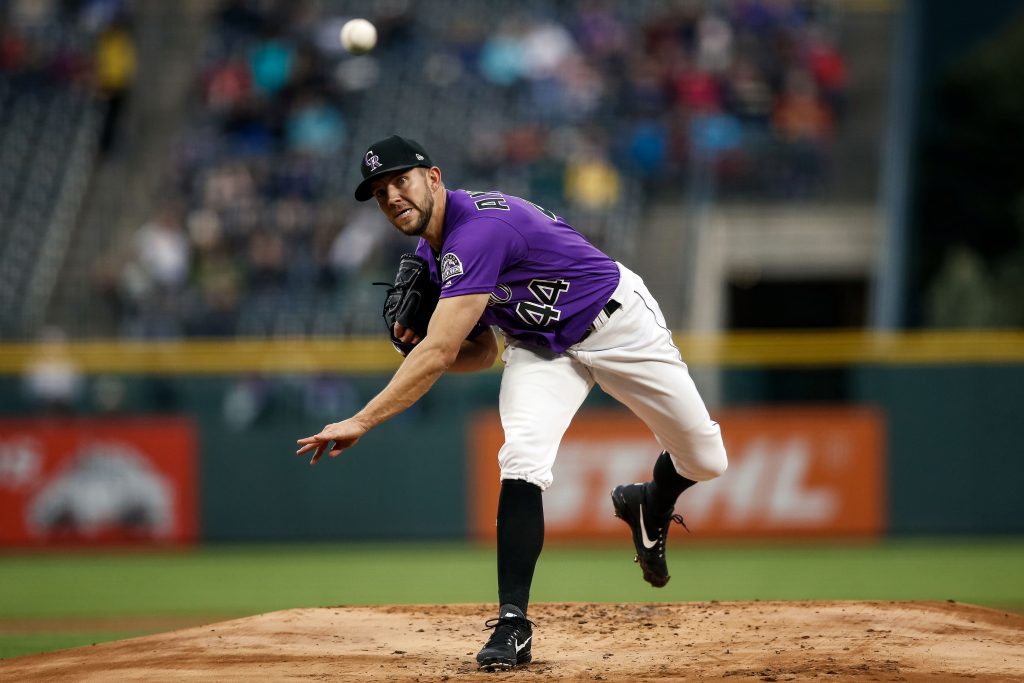 The Giants have signed lefty Tyler Anderson to a one-year, Major League contract, the team announced Tuesday evening. Anderson, who was claimed off waivers out of the Rockies organization, had been non-tendered yesterday. Terms of the contract weren’t disclosed, but it’s safe to assume that the GSE Worldwide client will take home less than the $2.625MM he’d been projected to earn in arbitration.

Anderson, 30 later this month, underwent knee surgery over the summer and was limited to 20 2/3 innings with the Rockies in 2019 as a result. The former first-round pick had an impressive debut season with the Rox in 2016 when he pitched 114 1/3 innings of 3.54 ERA ball with 7.8 K/9, 2.2 BB/9 and a hefty 50.9 percent ground-ball rate. But Anderson’s results took a turn for the worse in 2017-18, as his ground-ball rate deteriorated and he became increasingly homer prone. Anderson did rack up 176 innings and make 32 starts for Colorado as recently as 2018, and he has a minor league option remaining, making him a somewhat intriguing depth piece for the Giants in 2020.

Anderson isn’t likely to be guaranteed a job in the rotation next season, but there’s enough uncertainty on the Giants’ starting staff that he should have ample opportunity to vie for a spot this spring. Johnny Cueto and Jeff Samardzija have starting spots locked down, but the remaining spots currently look to be up for grabs in a competition featuring Anderson, Tyler Beede, Conner Menez, Logan Webb, Dereck Rodriguez and Andrew Suarez. That mix would change, of course, if (or perhaps when) the Giants make some additions via free agency or the trade market.

If Anderson is able to return to form, the Giants will be able to control him through the 2021 season via arbitration.