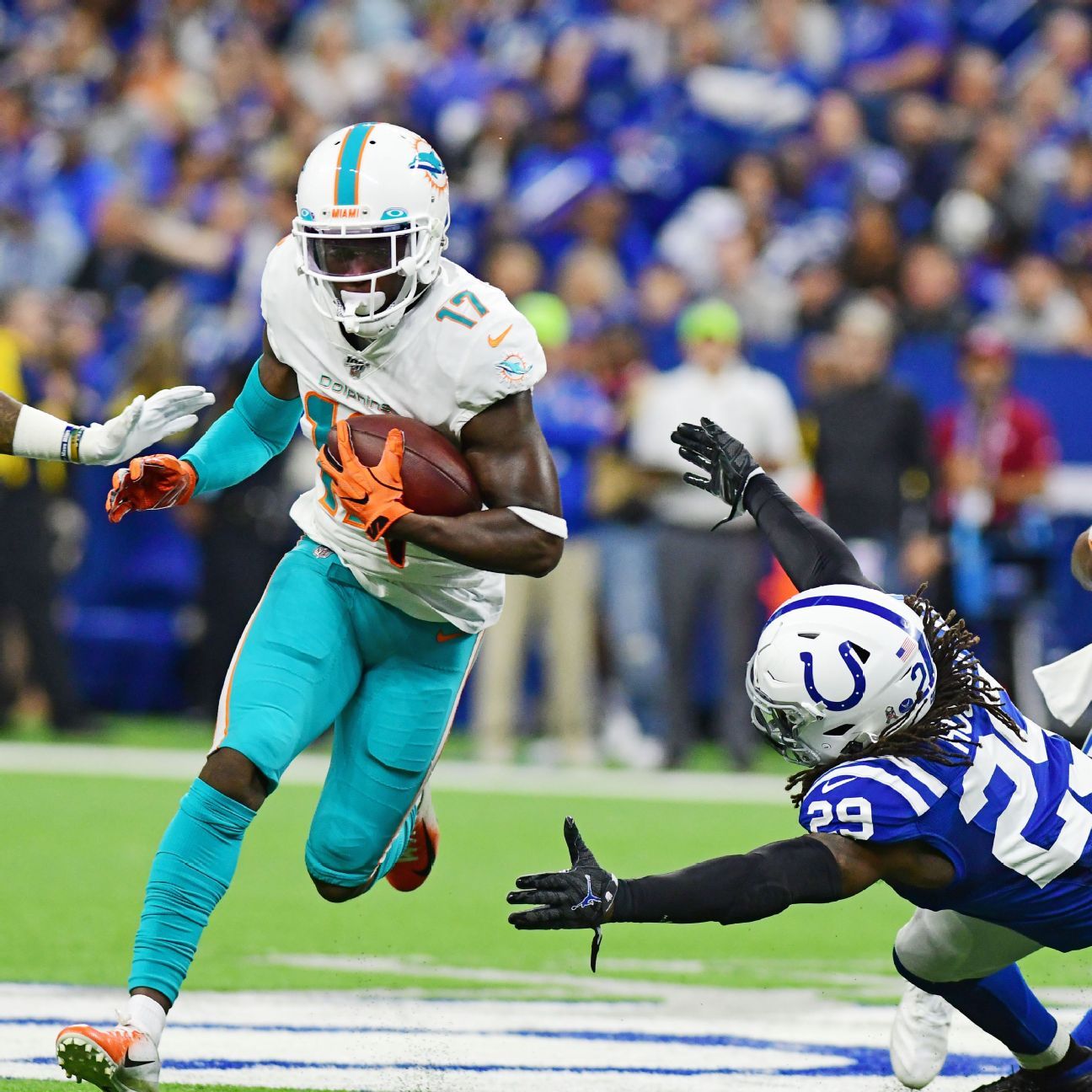 DAVIE, Fla. — The Miami Dolphins have signed wide receiver Allen Hurns to a two-year extension that will keep him under contract through the 2021 season, it was announced Saturday.

The deal is worth $8 million over his two new years and includes $3.27 million in guaranteed money, a source told ESPN’s Adam Schefter.

Hurns, a Miami native, has been praised by Dolphins coaches for his consistency, toughness and resiliency.

“I use the word ‘dependability’ with Allen,” offensive coordinator Chad O’Shea said this week. “Since he’s come here, he’s been a detailed, dependable, accountable player for us, and I know that that’s one of the reasons we have a lot of confidence in Allen, is that he’s always going to do the right thing and be in the right position. I know that [Ryan] Fitzpatrick has a lot of confidence in him, just as the coaching staff does. Certainly I think he’s made the best out of his opportunities when he’s been out there. He’s made some tough catches. I think he brings toughness to the position. I think he plays extremely hard. I’m really glad he’s on our roster.”

Hurns has 13 catches for 170 yards and a touchdown this season. He emerged as the team’s No. 2 receiver earlier this month after promising rookie Preston Williams was placed on injured reserve with a torn ACL.

Hurns was a late July free-agent signing for the Dolphins after spending the 2018 season with the Dallas Cowboys, which ended with him suffering a gruesome leg injury in January.

He took advantage of his opportunity with the Dolphins, and he established himself as a piece of the team’s immediate future.

Hurns, 28, spent the first four seasons of his NFL career with the Jacksonville Jaguars.