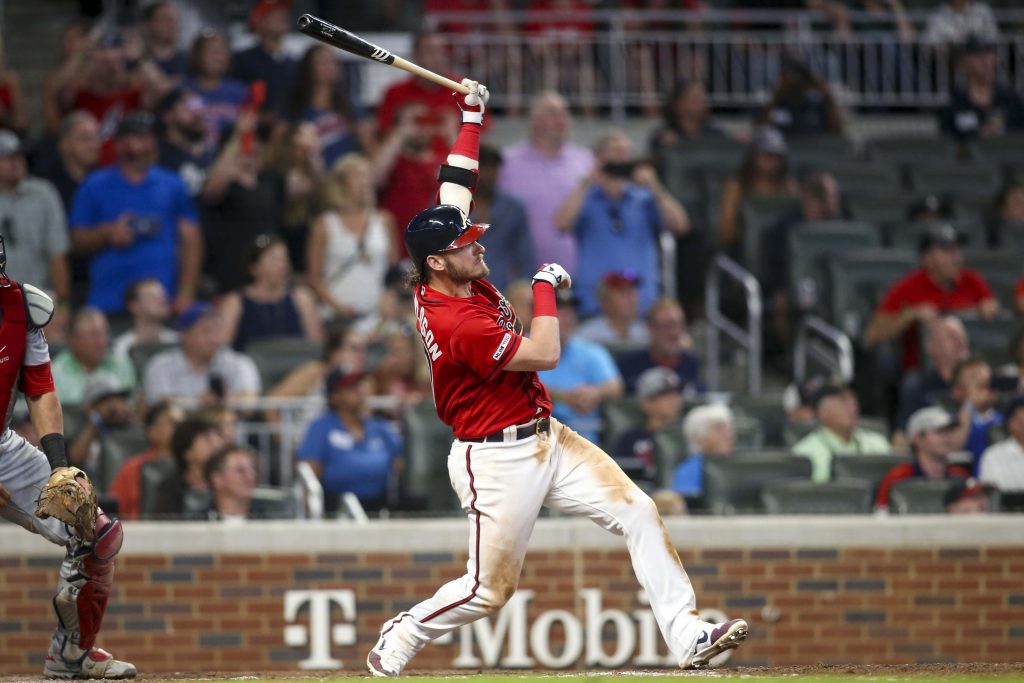 9:05pm: Along with Donaldson, the Dodgers seem to have interest in Rendon, who’s “on their radar,” Jon Heyman of MLB Network tweets. Rendon, like Donaldson, has to decide whether to accept his team’s qualifying offer. But the longtime Nationals star is sure to reject it, as he appears to be in line to sign a contract worth more than $200MM prior to next season. It’s not the Dodgers’ M.O. to hand out that type of deal, but if they do win the bidding for Rendon or Donaldson, Turner would be open to changing positions. He has already offered to move off third if necessary.

2:03pm: Josh Donaldson technically still has a decision to make on the qualifying offer he received from the Braves, though rejecting that $17.8MM offer is all but a formality. The Phillies, Rangers, Nationals and Braves all have some level of interest in the the former AL MVP, and Jorge Castillo of the L.A. Times reports that the Dodgers, too, are considering a pursuit of the slugger.

Third base has been Justin Turner’s domain in L.A. for the past six years, but the soon-to-be 35-year-old Turner is entering the final season of a four-year, $64MM contract in 2019. Defensive metrics soured on his once-excellently rated glovework in 2019, as he registered -7 Defensive Runs Saved and a -6.7 Ultimate Zone Rating. A move across the diamond to first base, or perhaps to second base, could open space for Donaldson and give the Dodgers a more palatable defensive alignment. Donaldson will turn 34 himself next month, but he rebounded from an injury-marred 2018 campaign to post a strong year on both sides of the ball in 2019 (+15 DRS, +2.4 UZR).

Donaldson fits the free-agent mold that has become typical under Dodgers president of baseball operations Andrew Friedman: a high-end player who could conceivably had on a shorter-term deal with a premium annual salary. Donaldson’s age could limit him to three years — four seems like the largest commitment a team would make — meaning interested parties could potentially add an elite talent without assuming the long-term risk that inherently accompanies many premier free agents (e.g. Anthony Rendon). In 659 plate appearances this past season, Donaldson hit .259/.379/.521 with 37 homers and 33 doubles to go along with that strong defense.

From a payroll and luxury tax vantage point, there’s room for the Dodgers to fit Donaldson into the budget — particularly since the ever-active front office is likely to make some additional moves elsewhere on the roster. The Dodgers have $91.5MM committed to Clayton Kershaw, Turner, Kenley Jansen, A.J. Pollock, Joe Kelly and Kenta Maeda, and MLBTR contributor Matt Swartz projects an additional $53MM worth of arbitration salaries — headlined by Cody Bellinger ($11.6MM), Joc Pederson ($8.5MM) and Corey Seager ($7.1MM). Including those arb projections and a slate of pre-arb players to round out the roster (plus the dead money owed to Yaisel Sierra and Hector Olivera), the Dodgers will check in around $165MM in actual payroll commitments with about $184MM against the luxury tax (using the estimate from Jason Martinez over at Roster Resource).

There’s not a ton of space between that $184MM mark and this year’s luxury tax limit of $208MM. Donaldson himself could command enough money on an annual basis to bridge that gap and put the Dodgers into penalty territory. But, the Dodgers have ample resources from which to deal in an effort to lower that number. Pederson, for instance, seems like a logical trade candidate with a relatively hefty arbitration projection and only a year of club control remaining. That’s all the more true if the Dodgers make a move that would slide Turner across the diamond to first base, as doing so would lessen the need for Bellinger to ever play first base. Bellinger, Pollock, Alex Verdugo, Chris Taylor and Enrique Hernandez give the Dodgers the outfield depth to explore such a move. (Hernandez or Taylor, too, could be conceivable trade assets.)

Whether Donaldson lands in L.A. or elsewhere, the Dodgers have enviable levels of defensive versatility and quite a few movable assets that are still affordable for most clubs. That should allow them to pursue value targets regardless of their defensive home, and it seemingly sets the stage for another active winter for Friedman and his staff.