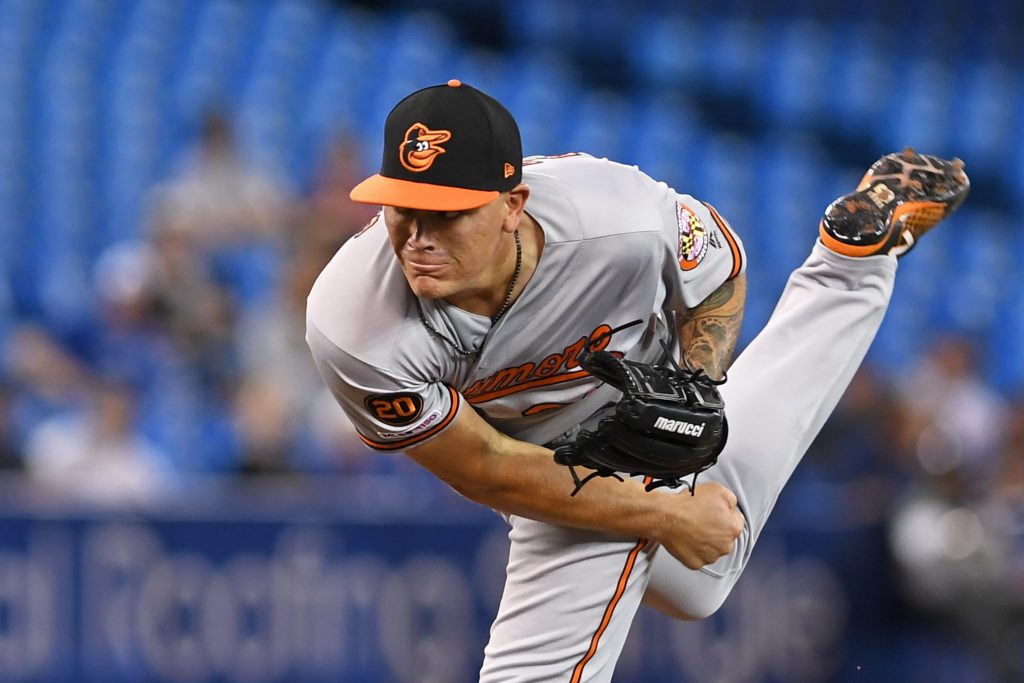 NOV. 13: The KIA Tigers have officially signed Brooks, per Dan Kurtz of MyKBO.net. His deal comes with a $479K salary and a $200K signing bonus.

NOV. 12: It appears that Orioles righty Aaron Brooks is headed to the KBO, according to reports from Dan Connolly of The Athletic (links to Twitter) and Naver Sports (Korean language link). If all the paperwork is completed, as expected, he’ll agree to a new deal with the KIA Tigers and be set free from the Baltimore 40-man roster.

This sort of arrangement is now commonplace for hurlers such as Brooks. The 29-year-old has shown enough to bounce around the waiver wire and receive MLB opportunities, but hasn’t fully established himself on an active roster.

Brooks did get a lengthy big-league look this year after a strong Triple-A campaign in 2018. He ultimately threw 110 frames on the year, spanning 18 starts and eleven relief appearances in stints with the A’s and O’s. The results weren’t as hoped, as Brooks stumbled to a 5.65 cumulative ERA with 6.7 K/9 and 2.8 BB/9.

Though the Orioles again need to fill innings, Brooks was at risk of being kicked from the MLB roster at some point this winter. His lack of options helped keep him in the bigs in 2019 but also reduced his appeal to affiliated clubs. By allowing Brooks to leave, the Orioles will pick up some financial compensation. He’ll get a chance to compete at a high level and earn a salary that wouldn’t be available to him in North America.