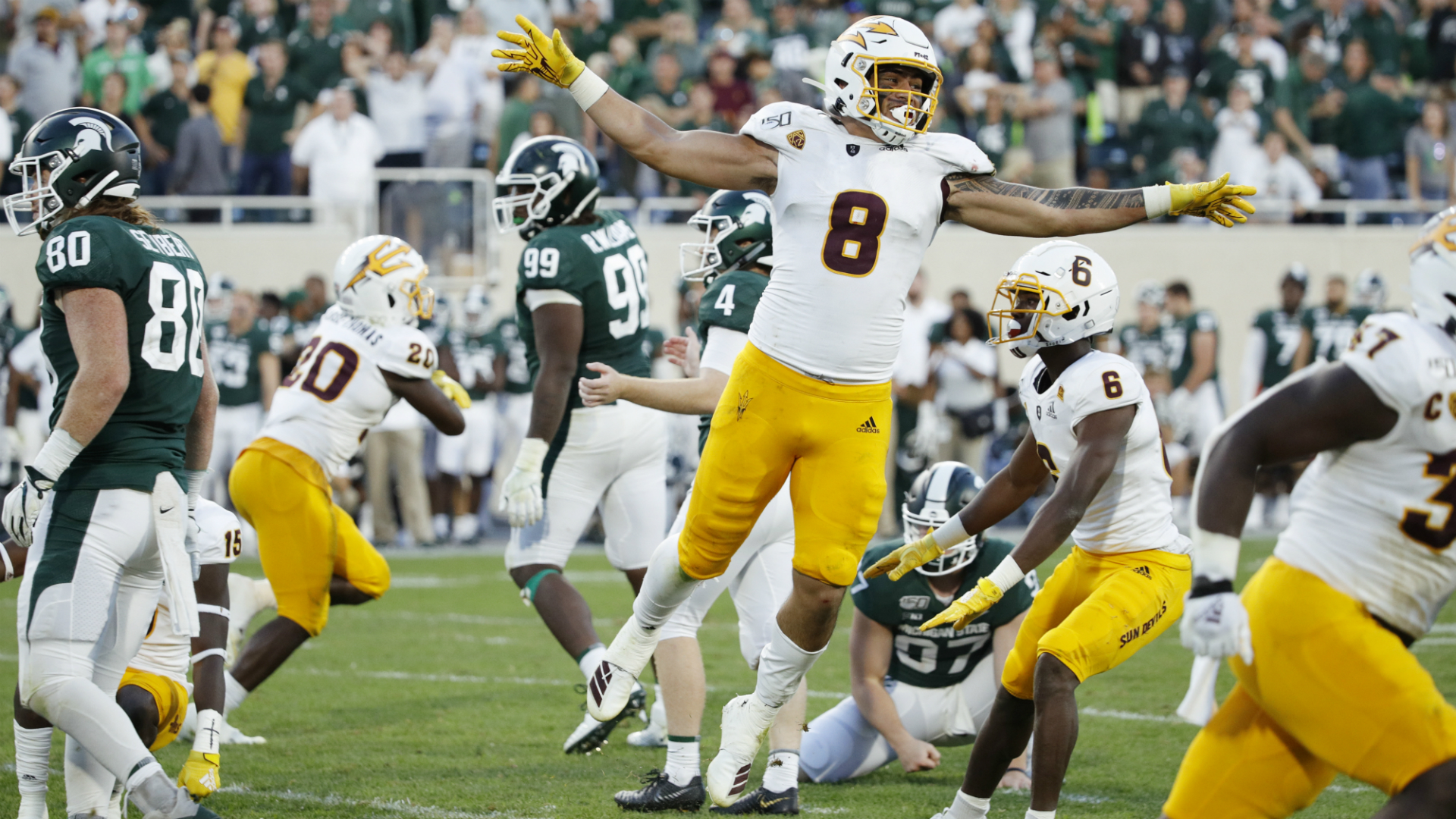 It appeared No. 18 Michigan State and Arizona State were headed to an overtime nobody asked for Saturday. But then, a replay review of the Spartans’ game-tying field goal found they had 12 men on the field. After backing up five yards, kicker Matt Coghlin shanked the 47-yard attempt and provided an appropriately ugly ending to the Sun Devils’ 10-7 upset — but it appears he should’ve gotten another try at it.

“I’m not sure how [we had 12 men on the field],” Michigan State coach Mark Dantonio said postgame. “We had injuries on the offensive line, I think maybe one guy stayed on. I’m not sure. I haven’t seen the film.”

Dantonio said Coghlin was late getting onto the field for the original attempt, and said Arizona State should’ve been penalized for an illegal hurdle in an attempt on Coghlin’s miss. Fox Sports rules expert Dean Blandino agreed the Sun Devils had committed a 15-yard penalty, but it was unreviewable.

Dantonio also said his team had opportunities to put the game away early. Coghlin missed a pair of first-half field goals, one from 47 yards and one from 31, which played a big role in the Spartans losing despite outgaining Arizona State by nearly 200 yards.

And when the Sun Devils needed a score, they got one. The teams combined for 3 points in the first three quarters before a Michigan State touchdown midway through the fourth quarter. Arizona State took over with less than four minutes to go and put together an unlikely touchdown drive, with quarterback Jayden Daniels scrambling to convert a fourth-and-13 following a false start penalty, and running back Eno Benjamin stretching for a 1-yard score four plays later.

Michigan State responded by driving more than half the field and put Coghlin in position for a 42-yard field goal. He thought he had redeemed his earlier misses, but the Spartans had forgotten how to count to 11, and Dantonio will have to wait at least one more week to become the program’s all-time winningest head coach.