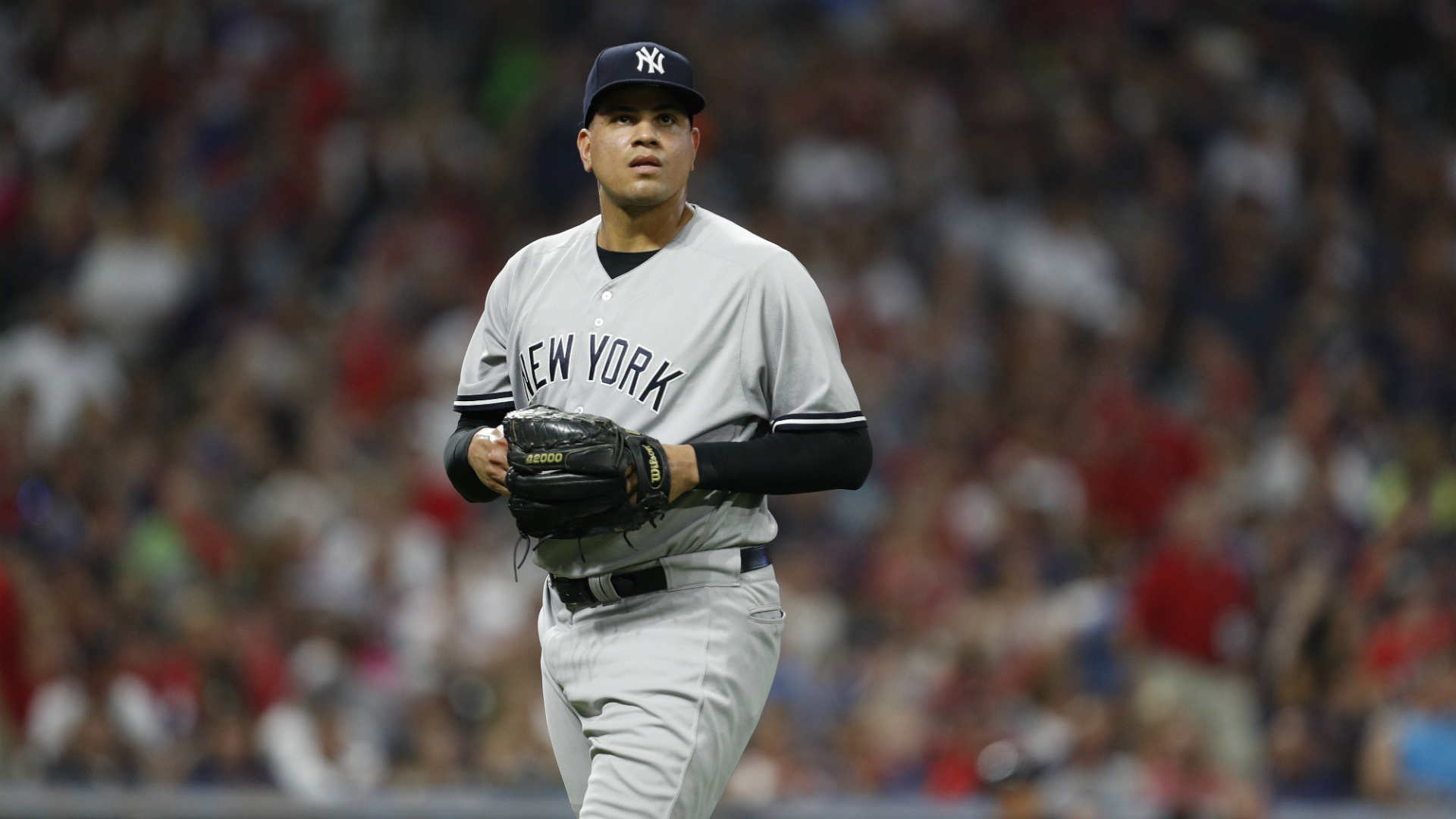 Yankees reliever Dellin Betances is on his way back, but if his velocity is any indication, he has a ways to go before he’s 100 percent.

Betances made a rehab appearance with the Trenton Thunder on Friday allowing two hits, including a home run, while throwing 10 of 16 pitches for strikes.

The home run is a cause for concern but his velocity is a real point of concern.

According to a report from Newsday, a scout in attendance had Betances’ velocity at 92-94 mph during his appearance.

Lost a bit in all the other injury news: another outing for Betances tonight with Trenton. Allowed one 1 and 2 hits (a HR) with 1 K in an inning. Threw 16 pitches (10 strikes). Scouts had FB sitting 92-94.

While Betances can certainly get outs with more than just his velocity — his slider is devastating — he is much tougher to hit when he is hitting the upper 90s and touching triple-digits.

He can get outs if he needs to without velocity, but it’s something he hasn’t had to do before so it will take some testing to see if he can work at that velocity at the MLB level.

The Yankees came into Friday’s game with a two-game lead on the Astros for the best record in MLB.

New York hopes to get Betances back for a playoff run.