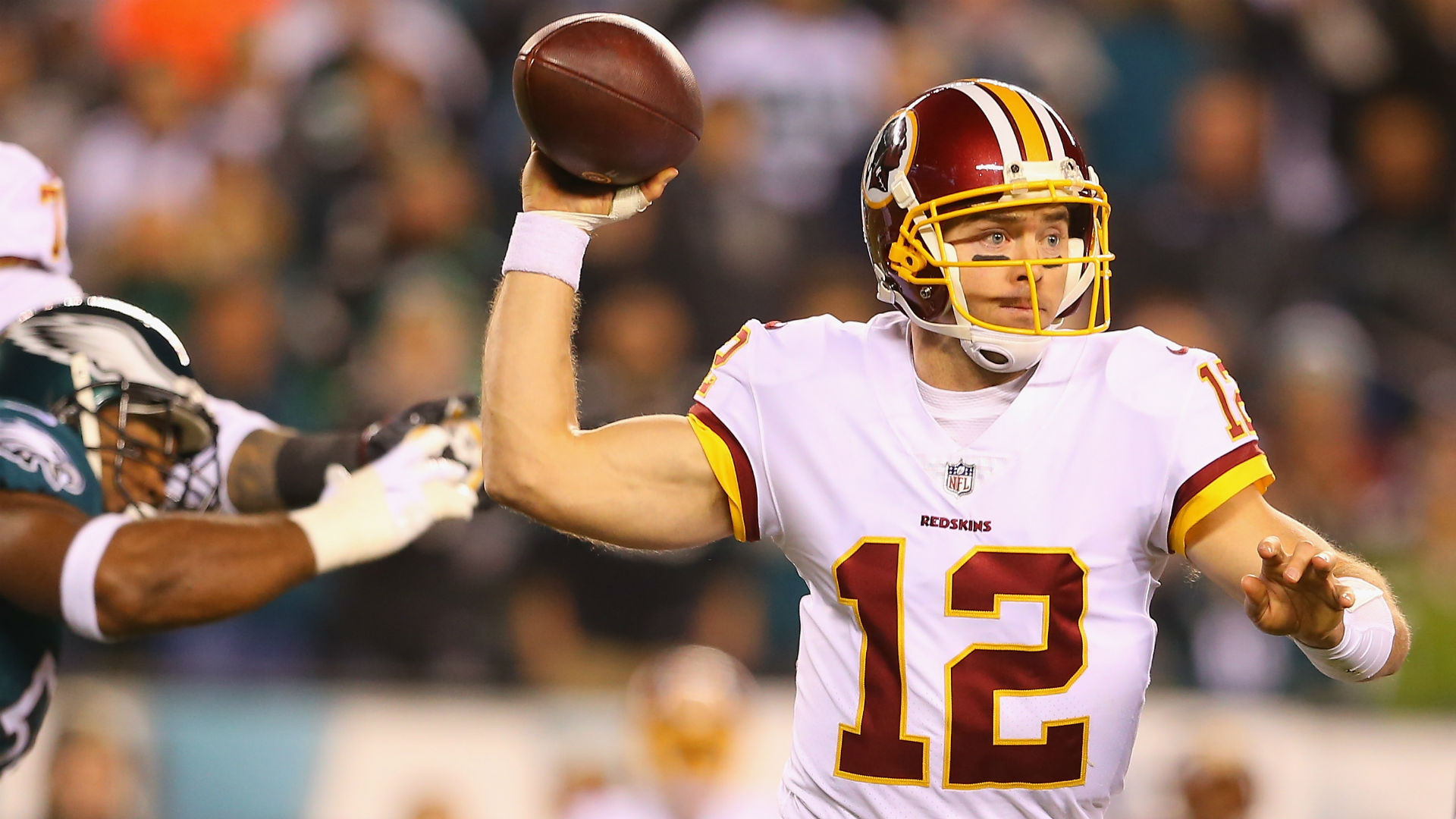 Colt McCoy could be under center again by summer.

The Redskins quarterback is back with the team for OTAs, and is expected to participate to some extent by minicamp before being fully ready by training camp, ESPN reported, citing an unidentified source.

McCoy suffered a broken leg during his second career start against the Eagles in December, becoming the second Washington signal-caller to go down with the injury after Alex Smith broke his fibula and tibia in November. Smith is expected to miss the entire upcoming season as he continues to recover.

McCoy, however, is expected to compete for the starting job with Case Keenum and former Ohio State quarterback Dwayne Haskins once he’s rehabilitated.

The Redskins acquired Keenum from the Broncos in March and selected Haskins with the No. 15 overall pick in last month’s NFL Draft.

Washington also has quarterback Josh Woodrum on the roster.