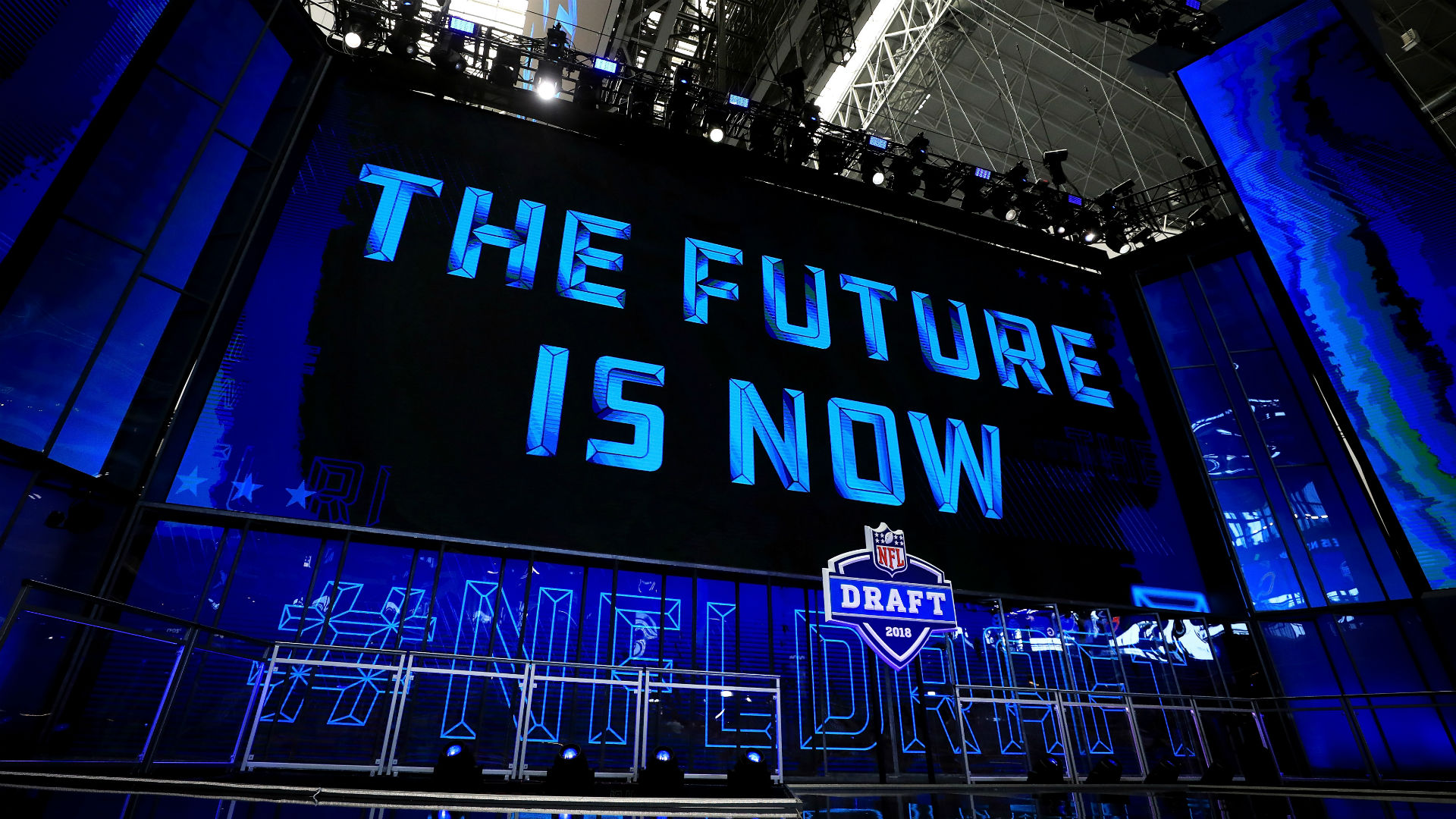 The NFL season is still a ways out, but the 2019 NFL Draft can provide that much-needed football fix during the long layover. Soon, we will find out where big names like Dwayne Haskins, Kyler Murray, Nick Bosa and Ed Oliver will wind up.

This is the first year that the NFL Draft will take place in Nashville, Tenn. Several events will accompany the draft, including a free music series featuring Nashville-based artists. The NFL Draft sites continues to shift, as Chicago, Philadelphia and Dallas had hosted the previous three.

Even more than in the past, there will be wall-to-wall broadcast coverage of the happenings during all seven rounds from Thursday to Saturday.

Wondering how you are going to tune into the NFL Draft? Here’s everything to know, including start times and the full TV schedule for Rounds 1-7 and how to live-stream all the draft action online.

What time does the NFL Draft start?

LIVE: Track every pick made during the 2019 NFL Draft

How to watch, live stream the 2019 NFL Draft

The first round of the NFL Draft will start at 7 p.m. on Friday.

You can live stream the NFL Draft through both the ESPN and NFL apps or by signing up for fuboTV, which offers a free seven-day trial.

You can watch a stream of all seven rounds of the NFL Draft both live and on-demand with DAZN. Sign up here for a one-month free trial of DAZN.

You can find the complete 254-pick draft order here.

– Former NFL GM and SN contributor Jeff Diamond explains why the Cardinals would be best-served to trade their No. 1 overall pick.

– Kentucky’s Josh Allen, a projected top-five pick, explains to SN’s Bill Bender why teams that pass on him will regret it.

– Sports came natural to Drew Lock. Other childhood tasks? Not so much. His mom shares stories with SN about the Missouri QB’s upbringing.

– SN’s Bill Bender made the case for the Bengals drafting Dwayne Haskins and keeping up with the times in the AFC North.

– SN profiled Michigan State safety prospect Khari Willis, who cheated death as an infant and has found a purpose beyond football.

– A report suggested the Raiders likely will not draft a replacement for Derek Carr in the first round.

– SN profiled Jeff Allison, a linebacker prospect out of Fresno State, whose reaching the NFL will come after years of unspeakable tragedy.

– SN projected a draft plan for the Dolphins, who are entering a new era with Brian Flores as head coach.

– SN profiled Alabama pass-rush prospect Christian Miller, who is somehow good at everything he tries.

– SN projected a draft plan for the Browns, who lost their first-round pick in the Odell Beckham Jr. trade.

– Dwayne Haskins wore a No. 7 John Elway jersey to his visit with the Broncos, who have the No. 10 overall pick in the draft.

– SN projected a draft plan for the Cowboys, who have up their first-round pick in the Amari Cooper trade.

– SN’s Vinnie Iyer projected a draft plan for the Raiders, who have a whopping three first-round picks.

– SN contributor Bill Huber profiled Mitch Wishnowksy, the punter from Utah who is expected to be drafted and will become next in a line of Australian punters who are changing the NFL.