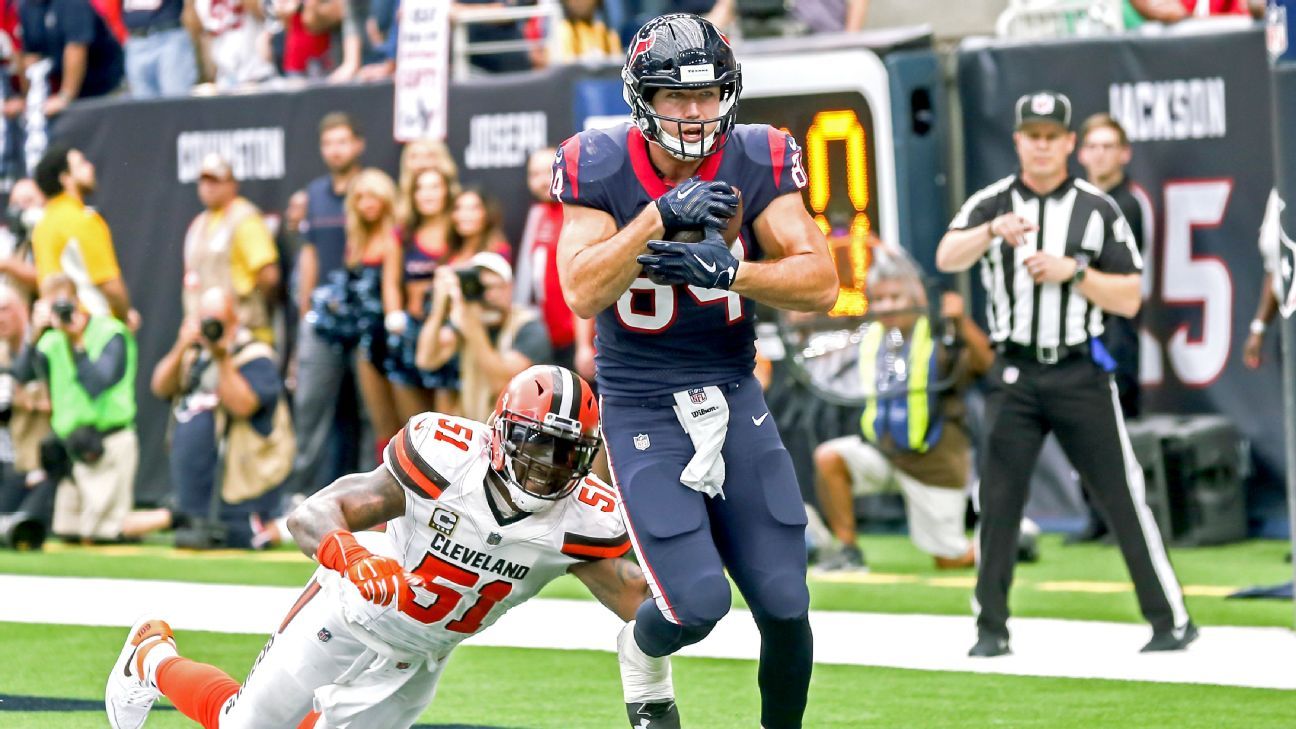 Houston Texans tight end Ryan Griffin has been arrested for drunkenly punching out a front window of a Nashville, Tennessee, hotel as the city hosts the NFL draft.

Police say hotel security followed Griffin after the window was broken, and when officers responded to the call, Griffin’s left hand and fingers were bleeding and he appeared intoxicated and unsteady on his feet.

Police say Griffin was physically arrested for his own safety, rather than given misdemeanor citations.

A friend of Griffin’s said he had been overserved, according to multiple reports.

“We are aware of the incident regarding Ryan Griffin,” the Texans said in a statement. “We are gathering information and will have no further comment at this time.”

His bond was set at $1,750. Police say Griffin was released from jail Saturday morning.

A court date in the case has been set for May 31. It’s unclear if Griffin has hired an attorney.

Information from The Associated Press was used in this report.