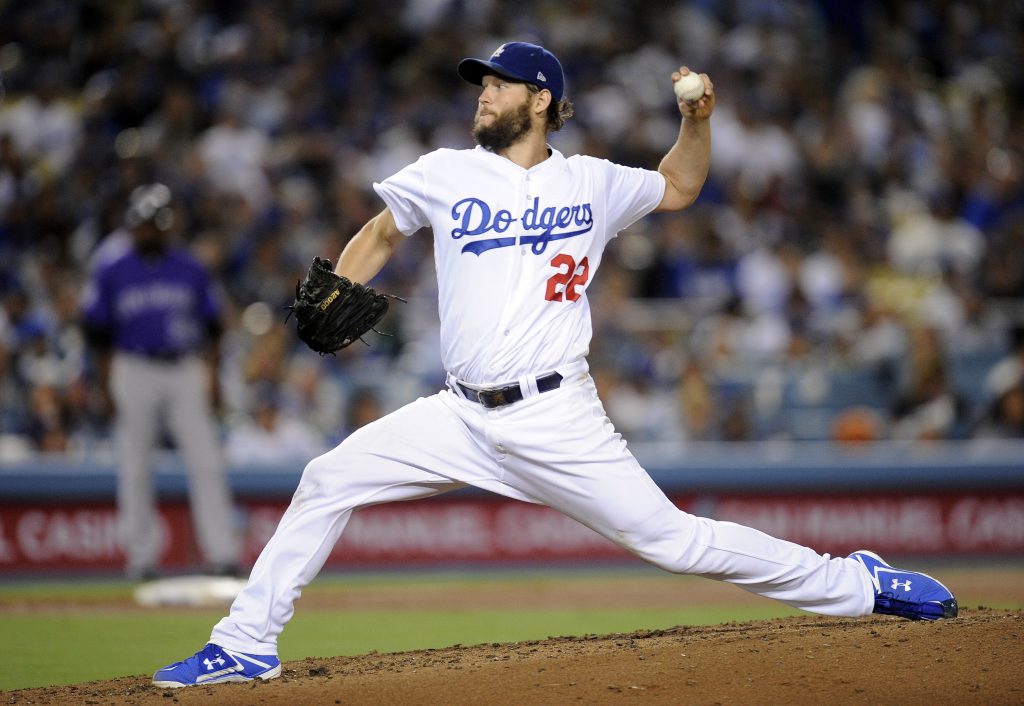 This is the final post in MLBTR’s annual series reviewing the offseason efforts of every team in baseball.

The 2018-19 offseason marked yet another winter of measured free-agent spending and luxury-tax-motivated trades for the Andrew Friedman-led Dodgers.

We’ve reached the point where it should be accepted that despite their extraordinarily deep pockets, the Dodgers aren’t going to flex their financial might to their fullest extent. That’s not a knock on the organization, which has been extremely successful under the current ownership group and front office regime, but simply an acknowledgement that the team’s days of MLB-leading payrolls look to be a thing of the past.

At the outset of free agency, we at MLBTR predicted that the Dodgers, who dipped under the luxury tax line in 2018, would be the team to agree to a lengthy contract with Bryce Harper. That was never particularly close to happening, as the Dodgers sought to sign Harper to a record-shattering annual value but only on a four- or five-year deal. Perhaps, if they can find a free agent amenable to such a structure in the future, the Dodgers will exceed the luxury line again, but it was reported this offseason that the organization has drawn up plans to avoid doing so for the next several seasons. The trade of Yasiel Puig, Matt Kemp, Alex Wood and Kyle Farmer to the Reds in exchange for Homer Bailey — whom they immediately released — and a pair of prospects meshed with that directive.

The Dodgers’ first order of business this winter came in the form of finding a middle ground with Clayton Kershaw, who could have opted out of the remaining two years and $65MM on his contract. An extension was long viewed as a strong possibility, and in the end, the Dodgers locked up Kershaw on a deal even friendlier than many expected. Kershaw tacked an extra year and $28MM onto his preexisting deal in exchange for forgoing his opt-out provision, allowing the club to maintain one of the generation’s most dominant pitchers at an affordable rate. Injuries have begun to take their toll on Kershaw, and he’ll probably never sustain the level of dominance he once did, but there’s no denying his ongoing excellence when he’s been healthy enough to take the mound. A $31MM annual rate is nearly as steep as it gets for a pitcher in baseball, but Kershaw notched a 2.73 ERA in 161 1/3 innings and was worth 3.3 WAR (per both Fangraphs and Baseball-Reference) in last year’s “down” season.

With Kershaw taken care of, the Dodgers began eyeing upgrades elsewhere on the roster. Rather than earnestly pursue the market’s top names, the Dodgers were aggressive in the second tier of free agency. A.J. Pollock was arguably the best non-Harper outfielder on the market and was compensated as such ($55MM in guaranteed money), while the flamethrowing Joe Kelly was regarded as one of the top non-Craig Kimbrel relievers. (His addition hasn’t paid early dividends, but Kelly’s .410 BABIP will regress over time, and metrics like xFIP (3.13) and SIERA (3.27) point to brighter days ahead.) Both were brought in on contracts with manageable annual salaries for a team with pockets this deep.

Having issued Yasmani Grandal a qualifying offer he unsurprisingly rejected, the Dodgers were involved in the J.T. Realmuto market for much of the offseason. Los Angeles, however, wasn’t willing to meet the prospect price tag put on Realmuto by the Marlins and instead shifted focus to old friend Russell Martin. While Martin’s bat is nowhere near what it once was, he maintained an elite walk rate and framing skills in 2018.

The other qualifying offer issued by the Dodgers went to lefty Hyun-Jin Ryu, who accepted the $17.9MM payday rather than test his strong but injury-riddled track record on the open market. At the time, it was at least worth wondering whether a team might’ve committed multiple years and a slightly higher guarantee (at a lower annual rate) to Ryu. However, given the manner in which the offseason played out, Ryu has to be quite happy with his decision to remain in Los Angeles at a premium rate. His return gave the Dodgers an even more enviable collection of rotation depth, joining Kershaw, Walker Buehler, Kenta Maeda, Rich Hill, Julio Urias and Ross Stripling (among others).

Corey Seager’s return to the lineup only bolstered the Dodgers’ offensive potential, and Alex Verdugo’s ascension up the minor league ladder gives the Dodgers another high-upside bat upon which to dream. Verdugo’s rise (and the signing of Pollock) allowed L.A. to at least explore the possibility of trading Joc Pederson this winter, with the Braves and White Sox among the rumored suitors. However, there was apparently never anything that convinced the Dodgers to take the plunge, and Pederson remains on hand as part of a roster that features largely unmatched depth in both the infield and outfield.

That’s not to say that there aren’t questions surrounding the roster even in light of a hot start to the season. The lineup is deep and more dangerous than ever thanks to Cody Bellinger doing his best Ted Williams impression, but it’s hard not to look at the pairing of Martin and Austin Barnes behind the dish and wonder whether the duo brings enough offense to the table. The asking price for Realmuto from the Dodgers was surely steep, but imagining a lineup that pairs him with this version of Bellinger and the rest of the Dodgers’ potent bats seems almost unfair to opposing pitchers. Biting that bullet could’ve made this lineup into a veritable juggernaut, and it’s not hard to see the Dodgers seeking catching help come July. Perhaps catching prospect Will Smith will be MLB-ready by that point, but that’s hardly a given.

It’s a somewhat similar tale in the bullpen, where the Dodgers have ample options but relatively little in terms of established arms. Kenley Jansen has begun to show signs that he is, in fact, human after years of unhittable ninth-inning mastery, and while Kelly was brought in as an expected top-quality setup option, the Dodgers took their typical approach of cobbling together a relief unit beyond that point. Pedro Baez has been a good but sometimes shaky option in the ’pen for years. Dylan Floro is one of the quietest bargain finds the Dodgers have made.

But the mix of JT Chargois, Scott Alexander, Caleb Ferguson, Yimi Garcia, Josh Sborz and Jaime Schultz isn’t as solid as one would expect from a team with legitimate World Series aspirations. It’s true that Julio Urias and Tony Cingrani are also factors, but durability questions with that duo are even more pronounced than with most relievers. Adding another arm to the ’pen to deepen the mix would’ve been prudent, and it seems almost inevitable that the Dodgers will be in that market a couple months from now. There’s a clear on-paper match with Craig Kimbrel, but signing him would push the team into luxury tax territory, and Kimbrel’s asking price apparently hasn’t dropped to the point where Los Angeles (or any other club) is willing to jump on board. It doesn’t seem all that likely that they’ll be the team to sign him in the end.

The Dodgers entered the season as clear favorites in the National League West, and a poor start to the season for their primary competitors in Denver didn’t do much to change that line of thinking. Surprisingly hot starts from the upstart Padres and the wait-aren’t-they-kind-of-rebuilding Diamondbacks have added an interesting wrinkle to the division, but the Dodgers are still pacing the group. With the talent and depth cultivated by president of baseball operations Andrew Friedman and his staff, as well as that group’s willingness to make a trade to plug holes as they arise, the Dodgers are still the favorites to take the NL West. Whether they can finally get over the hump and convert a postseason berth into a World Series trophy is the true question.

How would you grade the Dodgers’ offseason? (Poll link for Trade Rumors app users)