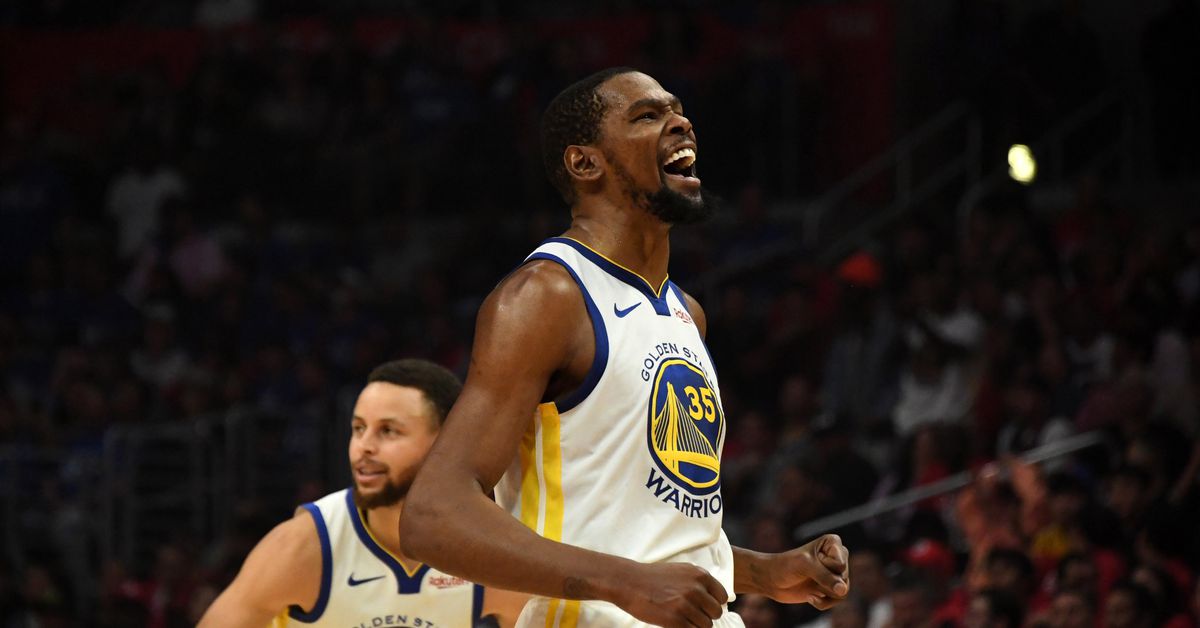 Kevin Durant took Game 6 of the Golden State Warriors’ first-round series against the Los Angeles Clippers into his own hands, and made history. Tying Charles Barkley’s 38 point first-half playoff scoring record, KD established early that this game was going to be the series’ finale.

When asked by CSN Bay Area sideline reporter Kerith Burke at halftime if he felt like he could score at will, Durant candidly said, “yeah.” That pretty much explains it, as he went on to pour in 50 points total. All of them were needed to fend off the pesky Clippers.

Durant finished with 50 points on 15-of-26 shooting and six rebounds. He was otherworldly, even by his standards on this legendary team.

Durant’s performance on Friday night was a reminder that he is one of the best to ever play. He isn’t merely a Warriors add-on, if he ever really was. He’s absolutely essential to what Golden State does, and holds the key to the Dubs chances of three-peating.

He was hot from inside the paint, from outside the arc, knocking down shots at the free throw line (14-of-15). No matter how closely he was defended, the seven-foot point-forward was unfazed.

THIS shot went in:

Steph Curry was stellar in this series, but he rode second-fiddle to Durant’s fantastic 42-points per game average on 59 percent shooting production. Durant’s been overlooked as far as individual performers in the playoffs, maybe in part due to the fatigue fans have for the Warriors. But he’s right up there with the league’s best, if not at the very top.

The Warriors needed Durant on Friday, too. Los Angeles maintained pace with Golden State through the first-half KD onslaught. An average performance would’ve created a much tighter finish in what needed to be a close-out game.

The Houston Rockets are well-rested, while Golden State has a mere 48 hours to prepare for Round 2.

But the Rockets can’t be at ease watching how unstoppable Durant looks.