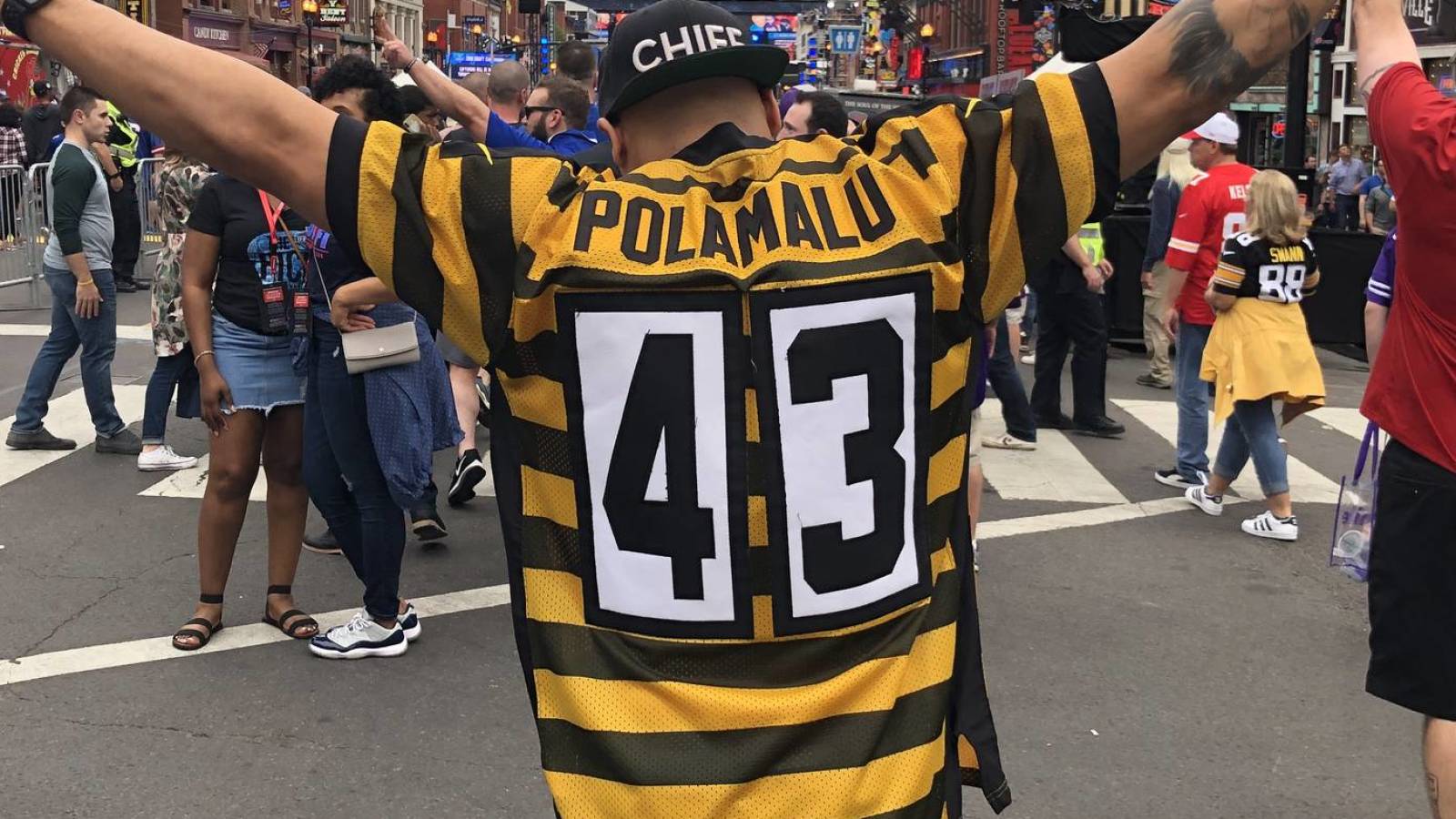 No stranger to the draft madness, Buffalo fans assimilate quickly into the Lower Broadway culture, “pre-gaming” with their usual gusto. But as die-hard Bills supporters file into the draft area, settling into their seats in the pit directly beneath the draft stage, one face is notably missing.

Ezra Castro, known in the Bills community as “Pauncho Billa,” is unable to attend. He learned from doctors Thursday morning that he will enter hospice care for his Stage 4 cancer. Instead of announcing the Bills’ first-round pick, as originally planned, “Pauncho Billa” watches from his hospital bed in Texas.

A few of Castro’s super-fan friends brought his beloved sombrero and place it in his empty seat, hoping its presence brings the Bills a high-quality pick. They also display a poster that includes Castro in full “Pauncho Billa” costume.

“I’m like his second mom – I met him about 10 years ago,” explains a woman holding a #PaunchoPower poster. She describes Castro as “the most sincere, wonderful person there is.”

Although he is not physically in Music City, Castro, 39, still gets a glimpse of the draft. Buffalo defensive tackle Harrison Phillips Facetimes with Castro as the Bills select University of Houston  defensive tackle Ed Oliver with their first-round pick.

Thirty minutes before the first pick, a mosh pit of football fans is fully formed near the draft stage. Two-fisted drinkers slam down beers while VIPs atop a rooftop gaze at the massive LED boards on the draft stage. “Repent! Turn to Jesus or Burn,” reads a large sign held aloft in a swirl of Browns, Steelers, Titans, Jets, Eagles and Cowboys fans. As a sky-cam races up Broadway, the crowd roars and points.

While fans jostle for prime positioning, a conversation turns to NFL commissioner Roger Goodell. Boo him or not?  “As a fantasy football commissioner,” says Will Cavanaugh, a 26-year-old account manager from Charlotte, N.C., “I have too much respect for him and all the crap he has to put up with to boo him.”

Before entering Lower Broadway, some fans submit to a security search. Few peruse the list of official house rules posted nearby for the NFL Draft Viewing Party. Among them: No guns, knives or other weapons. No noisemakers, pop-up tents or sealed containers. No large chains and spiked jewelry. Oh, and absolutely no drones.

And apparently there’s an unwritten rule for many fans, too: Thou shall indeed boo Goodell.

From behind a large podium shortly after 7 p.m., the $31.7 million-a-year commissioner smiles, announces Kyler Murray as the No. 1 overall pick of the Arizona Cardinals, and per draft tradition, is roundly booed.