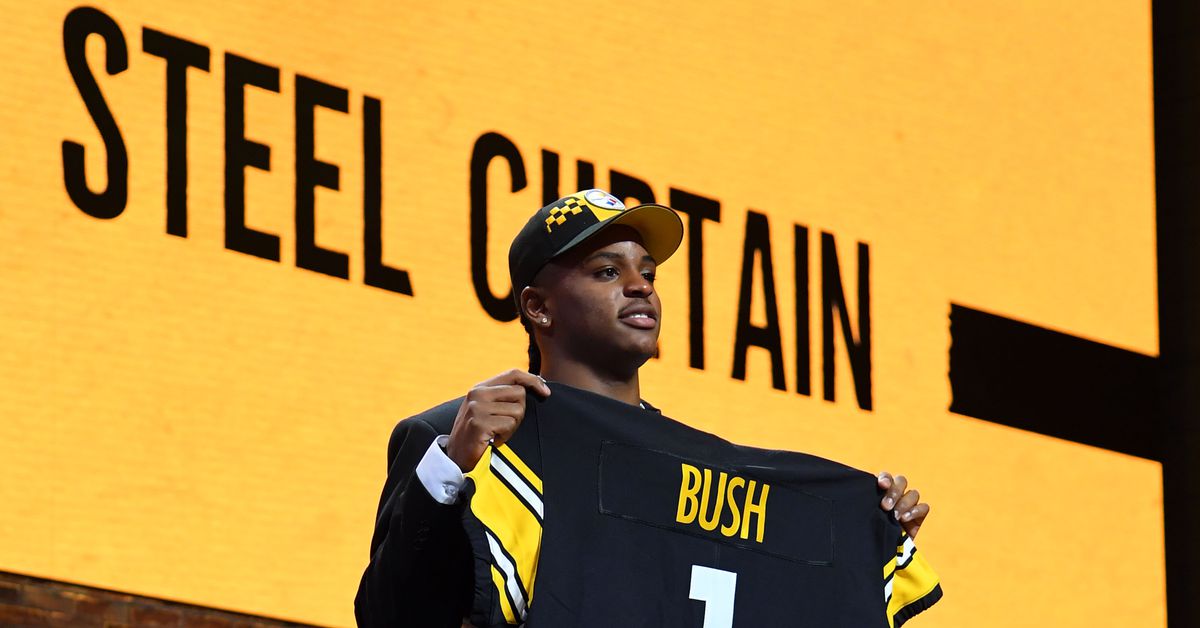 It was a relatively quiet start for the trade market in the 2019 NFL Draft. Three quarterbacks were selected, but none of the picks came following a trade.

In the first 20 picks, only one deal got done.

That was much different from last year, when Sam Darnold, Josh Allen, Josh Rosen were all picked in the top 10 after trades. There were a total of six trades Thursday night despite the slow start, but none were blockbuster deals that landed a team a future first-round pick.

Still, there has been some clever wheeling and dealing this year. These are the smartest trades of the draft so far, ranked by just how crafty the executives managed to be:

4. Giants grabbed the first CB off the board at No. 30

New York already added Daniel Jones and Dexter Lawrence earlier Thursday night, but then made it three first-round picks by moving up to take Deandre Baker.

The Rams and Patriots were still waiting in the last two spots of the first round, and neither team has pressing needs at cornerback. But there was a lot of talent at the position just sitting on the board, and there’s a good chance there’s a feeding frenzy Friday with players like Greedy Williams, Byron Murphy, and Rock Ya-Sin among the cornerbacks available.

By the time the Giants were on the clock again at No. 37, they could’ve been picking through scraps. Instead, they ditched fourth-round (No. 132) and fifth-round (No. 142) selections to take their favorite corner.

3. Washington jumped for Montez Sweat at the perfect time

Montez Sweat is a fantastic pass-rushing prospect who possibly fell as far as he did due to a shoddy heart diagnosis at the NFL Combine. According to Ian Rapoport of NFL Network, teams were originally informed Sweat’s heart wall had a thickness of two centimeters, but it’s actual 1.5 centimeters, making it a less risky diagnosis.

Although he was cleared to compete at the combine anyway, Sweat tumbled down boards in the first round until Washington jumped up to No. 26 to get him.

That was probably the best time possible to make the move, because the next three picks belonged to the Raiders, Chargers, and Seahawks. Oakland really needs pass rushers and showed last year with Maurice Hurst that it’ll roll the dice on a medical risk. Then Los Angeles and Seattle took pass rushers with picks No. 28 and 29, respectively.

2. The Eagles didn’t wait around for an offensive lineman

Philadelphia didn’t enter draft night with many needs. It was a Super Bowl-winning team a year ago, and just needed some minor tinkering to stay in contention.

The Eagles’ first-round pick Andre Dillard isn’t even set to be a starter with Jason Peters and Lane Johnson filling the offensive tackle spots for now. But Peters is likely to retire after the 2019 season, so getting Dillard at No. 23 for the long-term made sense.

It only cost the Eagles fourth-round (No. 127) and sixth-round (No. 197) picks — selections that probably would’ve had a hard time making such a deep roster anyway — to go up a couple spots to secure Dillard.

And by moving up two spots, the Eagles hopped ahead of the offensive tackle-needy Texans, who were sitting at No. 24.

Houston still went offensive tackle by taking Tytus Howard to help protect Deshaun Watson. Only the Texans know if Howard really would’ve been the pick anyway, but Dillard was No. 21 on Dan Kadar’s big board while Howard was No. 62. That difference in value was easily worth a couple Day 3 selections.

1. The Steelers scooped the Bengals for Devin Bush

Moving up in the NFL Draft is a decidedly un-Steelers thing to do. Before Thursday, the last time Pittsburgh moved up in the first round was back in 2006. That was just a quick climb from No. 32 to No. 25 to secure Santonio Holmes.

So why did the Steelers feel such a sense of urgency to go get Devin Bush?

One, they need a linebacker to fill the void left when Ryan Shazier suffered a serious back injury in 2017. Bush addresses a serious need. But the crafty part of the trade was how it screwed a division rival.

The trade put the Steelers one spot ahead of the Bengals, who were set to pick No. 11 overall.

Cincinnati is in desperate need of some help at linebacker and parted ways with Vontaze Burfict this offseason, although he is years removed from his best football. By jumping ahead of the Bengals, the Steelers snagged the last of the first round linebackers and forced Cincinnati to settle for offensive tackle Jonah Williams.

In one trade, the Steelers made their defense much better and helped keep the Bengals defense — which finished dead last in yards allowed in 2018 — still in the division cellar.