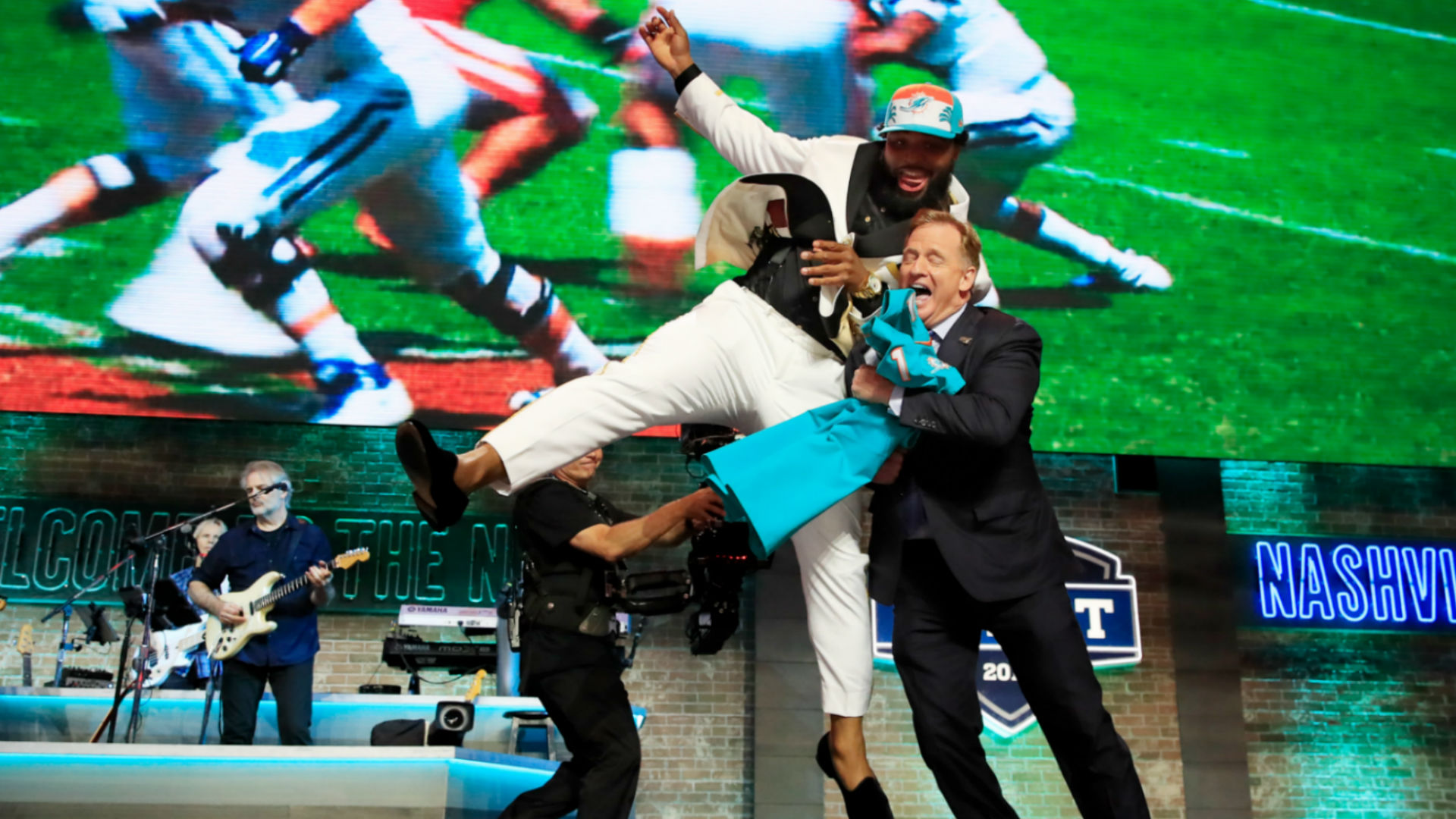 Kyler Murray may have been the top pick of the 2019 NFL Draft, but it was Christian Wilkins who stole the show.

The former Clemson defensive tackle was selected by the Dolphins with the No. 13 overall pick Thursday and savored the moment surround by family, friends and former coach Dabo Swinney.

Wilkins famously gave Swinney a “wet willy” during the Tigers’ postgame ceremony after Clemson beat Alabama to win the national championship in January.

Nearly four months later, Swinney got his revenge while Wilkins was on the phone with his new team.

After taking the call and eventually the stage, Wilkins was naturally excited. So much, in fact, that he awkwardly bear hugged Roger Goodell as he attempted to give the NFL commissioner a chest bump.

In all fairness, Wilkins did give Goodell a warning – and surely made quite an impression.

Wilkins, 23, recorded 51 total tackles, including 15 for loss, last season. Off the field, he became the first player in program history to earn a degree in 2 1/2 years and win the William V. Campbell Award.

He was the second of three Clemson defensive linemen selected in the first round of the draft.