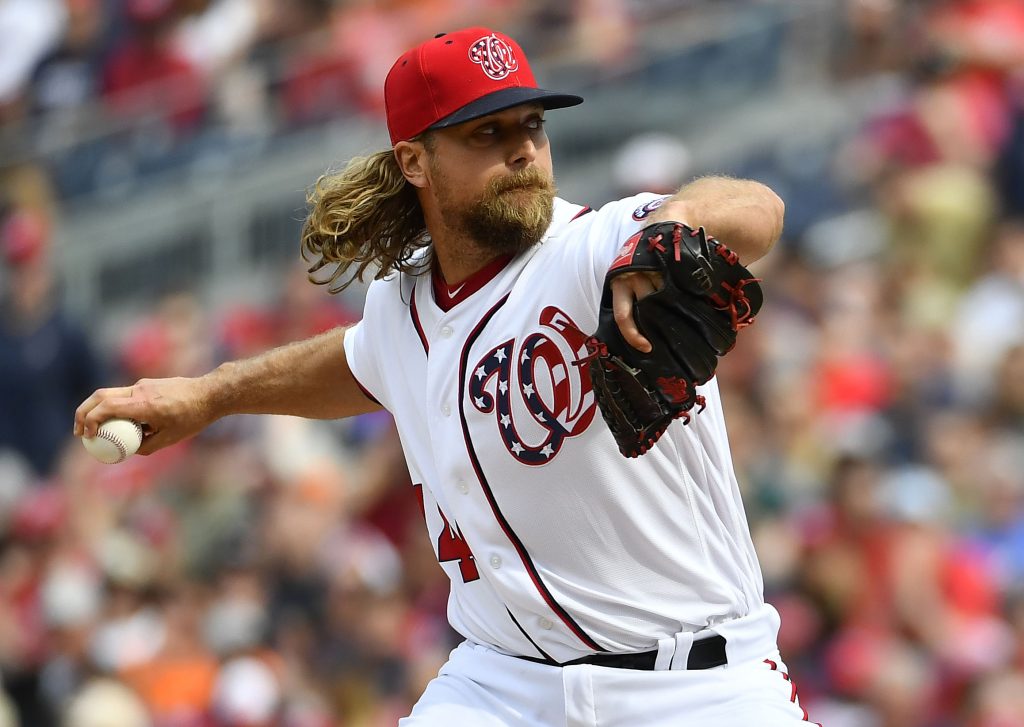 The Nationals have placed struggling reliever Trevor Rosenthal on the 10-day injured list. He’s said to be dealing with a viral infection.

Earlier today, president of baseball operations Mike Rizzo told reporters (including Mark Zuckerman of MASNsports.com; Twitter link) that Rosenthal has been dealing with a stomach malady that had spurred significant weight loss and muscle fatigue. After a trip to the doctor today, the decision was made to place him on the IL.

It’d be foolish to pretend that the 28-year-old’s issues on the mound aren’t a factor here, too. He has managed to secure only nine outs in seven appearances, coughing up a dozen earned runs on seven hits and nine walks while recording three strikeouts. Though he’s sitting just below 99 mph with his fastball, Rosenthal is missing the zone far more often than he’s accustomed to and is failing entirely to entice opposing hitters to chase his offspeed offerings.

The Nats have activated Justin Miller from his own IL stint to take the active roster spot. They’ll hope that he can sort things out after a rocky start to the year and help settle a tumultuous relief corps.

Having bought some breathing room for Rosenthal, the organization can then get to work on trying to straighten him out as well. He inked a $7MM deal before the season after missing all of 2018 recovering from Tommy John surgery.