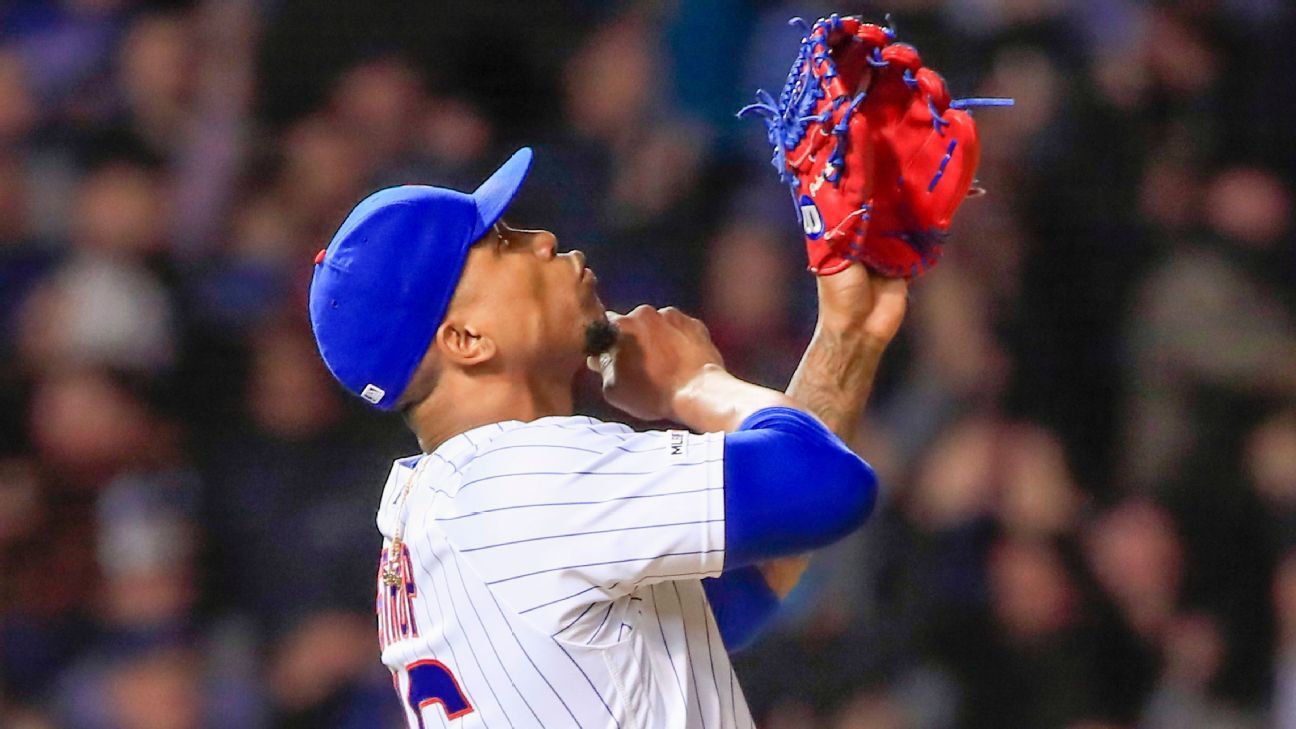 CHICAGO — Cubs closer Pedro Strop had to cut short talking with the police about his stolen car on Wednesday, just in time to secure a save in a wild 7-6 win over the Los Angeles Dodgers.

Strop said his car was stolen earlier in the day. The incident disrupted his pregame routine, and he said he was still dealing with it during the game when he told police he had to go.

“I was still giving them my information in the fourth inning, and I told them, ‘I have to go. I might have to pitch,'” Strop said.

Strop came on in the ninth inning, inducing a game-ending double play to earn his third save of the season.

Earlier, the Cubs erased a three-run deficit with a six-run sixth inning that featured a pair of two-out, three-run home runs by Javier Baez and Jason Heyward. According to ESPN Stats & Information, the Cubs are the first team since the 2010 Blue Jays to record multiple two-out, three-run (or more) home runs in the same inning.

The big inning meant Strop went from probably sitting the night out to having to get ready to pitch in a hurry.

Strop said he was told that his stolen car was involved in a police chase Wednesday, but he didn’t have many other details. He said he wasn’t distracted by the events of the day and evening, though he did walk the leadoff hitter in the final inning.

After getting Justin Turner to hit into a double play, Strop gave a loud scream and fist pump, which isn’t too far from his normal reaction when he gets a save.