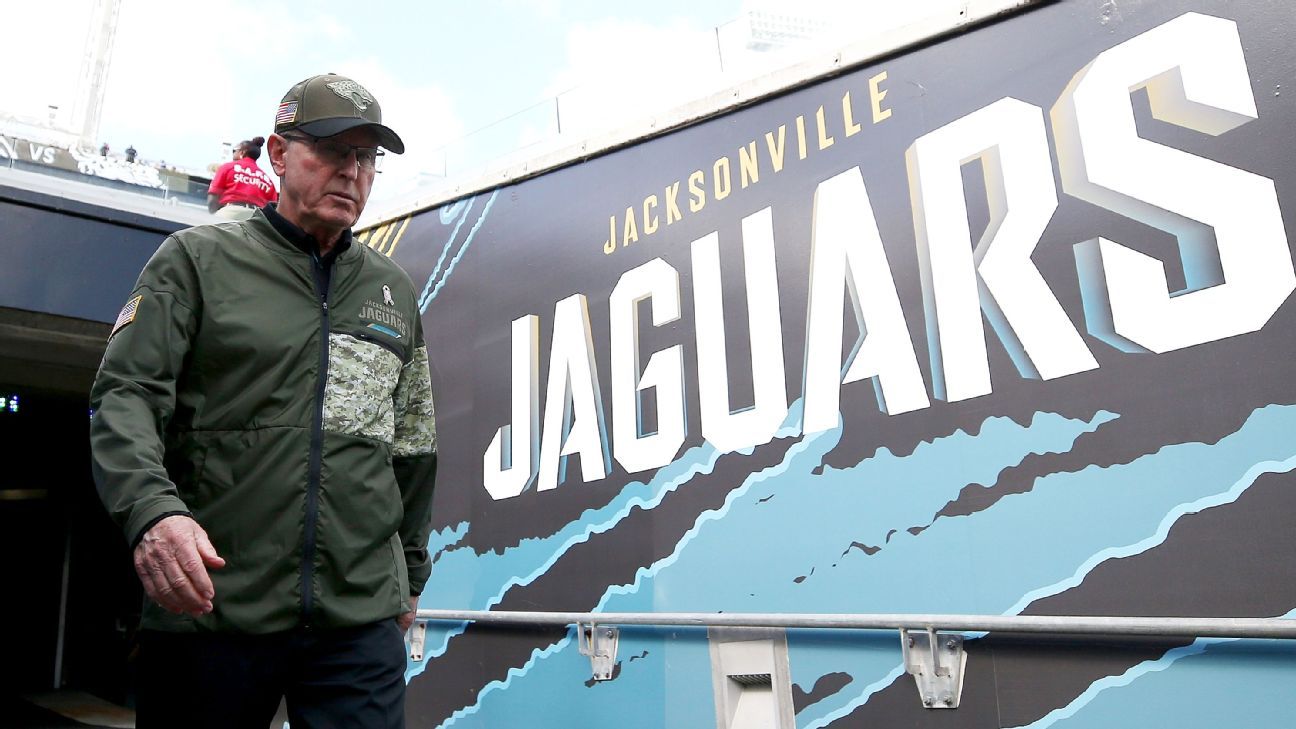 The NFL has sent a warning letter to Tom Coughlin, the Jacksonville Jaguars‘ executive vice president of football operations, about his criticism of players not attending voluntary offseason workouts, a source told ESPN’s Dan Graziano on Wednesday.

Coughlin was not fined, but another source told Graziano that the letter warned Coughlin and the Jaguars that future comments could lead to discipline in the form of a fine or possible loss of OTA practice days.

The NFL Players Association had asked the league to reinforce the rule about pressuring players to attend the voluntary workouts and to reach out to the Jaguars.

Coughlin, during his remarks as part of the Jaguars’ state of the franchise presentation last Thursday, said he was disappointed that not every player was attending the voluntary offseason conditioning program. He did not name cornerback Jalen Ramsey and linebacker Telvin Smith, but they were the only two players not in Jacksonville.

“We’re very close to 100 percent attendance and, quite frankly, our players should be here building the concept of team, working hard side-by-side, constructing our bond of togetherness, formulating our collective priorities and goals,” Coughlin said. “Success in the NFL demands struggle. Those who have everything given to them become lazy, selfish and insensitive to the real values of team. The hard work that many try to avoid is the major building block for the development of an outstanding football team.

“It’s not about rights and privileges. It’s about obligations and responsibility, and the question is, ‘Can we count on you?'”

‘”Fully aware’ & ‘voluntary’ meaning I don’t HAVE to be there BUT they know the EXACT REASONS I am not,” Ramsey tweeted. “My teammates know it’s ALL love & know I’ll be ready when it’s time!”

Neither Ramsey nor Mulugheta elaborated on what those reasons are.

“To be clear, Jalen Ramsey is exactly where Jalen should be during his offseason,” Mulugheta wrote. “He’s spending time with his young daughter & family while training in his hometown of Nashville. In addition the Jags are fully aware of why he is not taking part in the voluntary offseason program.”

NFLPA president Eric Winston was not happy about Coughlin’s comments and released a statement last Friday that said the players’ union will not let them stand unchallenged.

“Our CBA definition of voluntary is the same as the actual definition of voluntary and prohibits anyone from threatening players to participate in voluntary workouts,” Winston said. “This is precisely the reason players negotiated strict work rules and bright lines when it comes to offseason activities. We know, from experience, that not all coaches and executives will adhere to them and we always pursue any violations to protect our rules.”

It’s not a surprise that Ramsey isn’t in attendance. He didn’t participate last year, either — choosing instead to remain in Tennessee and work out at his father’s training facility, which is where he is training now.

It was a surprise that Smith wasn’t in attendance, however, because he had participated every year since he was drafted in 2014. The team had no indication that he wasn’t planning on attending.

Coach Doug Marrone said early last week that he hadn’t been able to get in contact with Ramsey or Smith to find out why they were not participating. However, Marrone said Monday that he didn’t have the correct phone number for Ramsey.