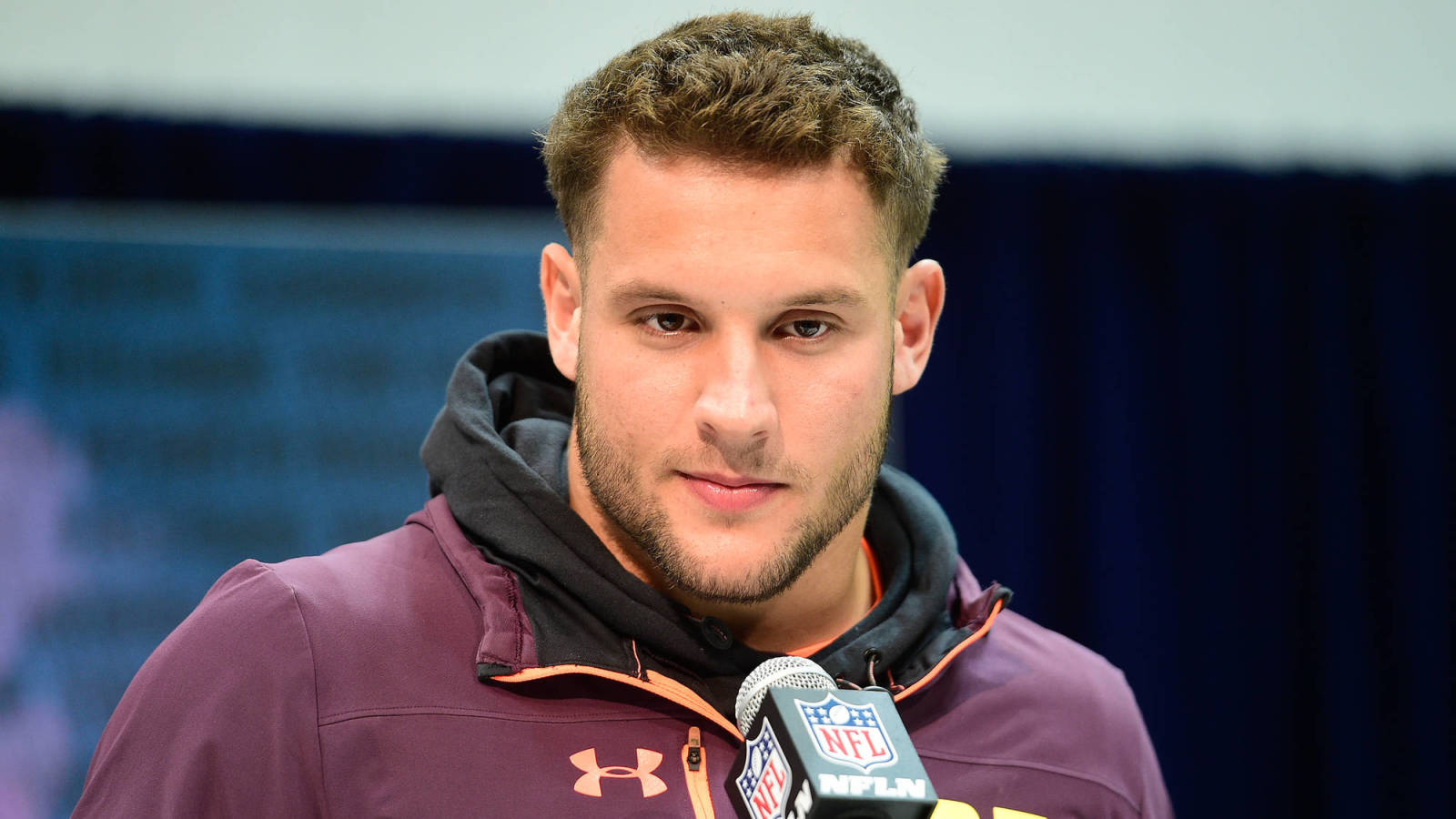 Nick Bosa is one of the top prospects heading into the 2019 NFL Draft and will not have to wait long for his name to be called on Thursday night when the first round is held.

The former Ohio State star recently came under fire from some critics, however, due to his politically charged social-media musings. Bosa has recently indicated from this point going forward, he’ll refrain from expressing any views that some may find polarizing or controversial, via NBC Sports Bay Area:

“I’m just getting ready for the draft. I’m not really worried about Twitter anymore.

“I think the people who know me, know who I am. And I’m going to keep my opinions to myself from now on.”

Bosa used to occasionally tweet praise of President Donald Trump and weigh in other issues from what may be classified as coming from a conservative perspective. He has recently toned down on making such social-media dispatches heading into the draft, though, instead focusing more on sports.

That did not stop critics from poring over Bosa’s Twitter history, and what was discovered resulted in a fair share of criticism, including over his perceived lack of conviction.

Earlier this month, Bosa indicated he has since deleted any politically charged tweets. When asked about the social-media purge, Bosa explained it was because of how the San Francisco 49ers — who hold the No. 2 pick in this year’s draft — may be interested in him.

I had to,” Bosa told ESPN’s Kevin Van Valkenburg. “There is a chance I might end up in San Francisco.”

Given San Francisco’s well-established liberal bent, Bosa feared the city and a sizable contingent of 49ers fans may not welcome his political views.

Bosa will soon enough embark upon his NFL career regardless of what team selects him. Whether or not his past on Twitter will haunt him in either the short  or long term remains to be seen, but Bosa’s hope is avoiding the social-media minefield going forward will go a long way in leaving the past in the past.