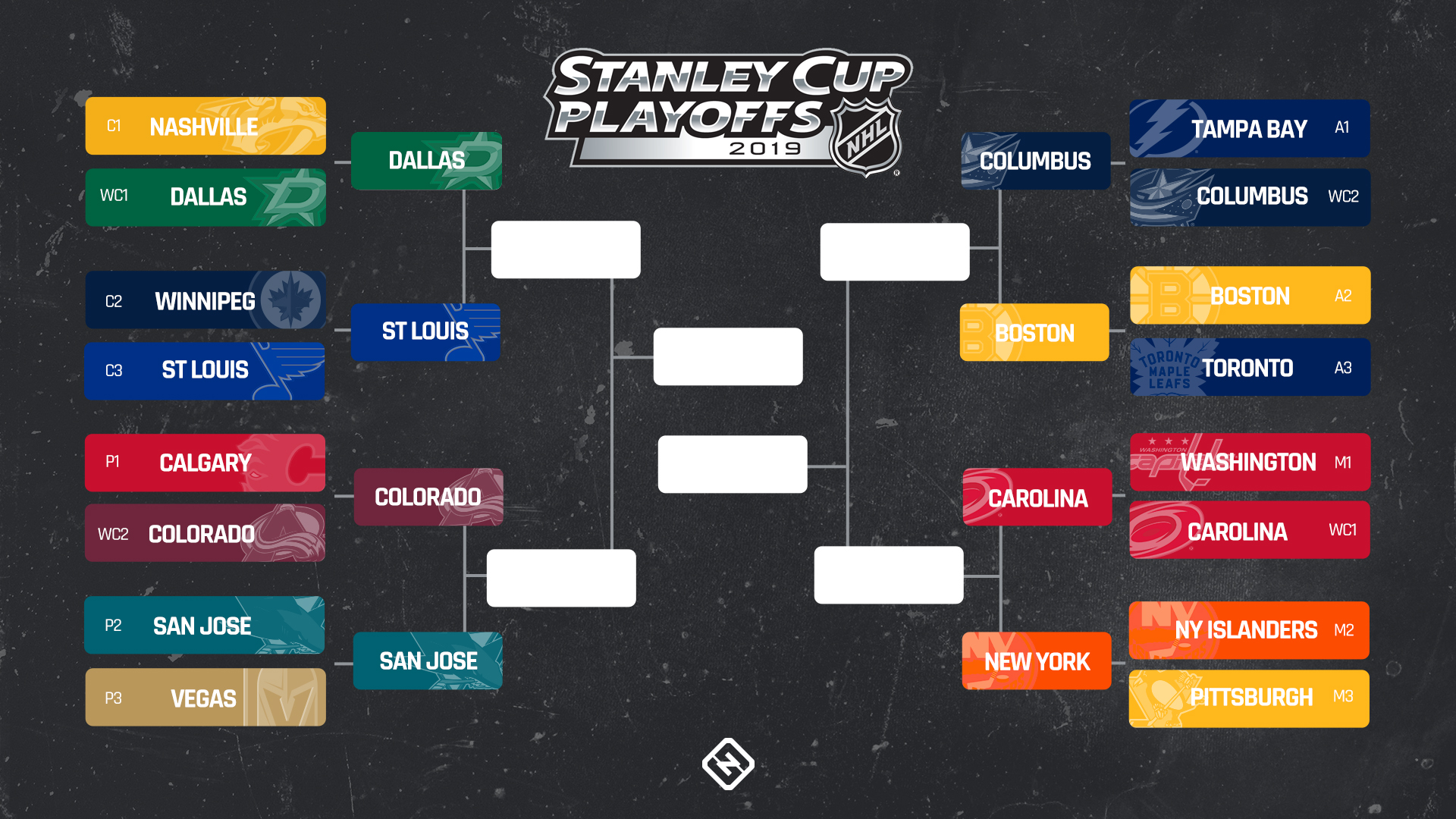 The 2019 NHL playoff bracket is set for Round 2 and the schedule has been released.

The chase for the 2019 Stanley Cup moves to its second stage Thursday with a pair of games, beginning with the Blue Jackets vs. the Bruins at 7 p.m. ET. The action continues at 9:30 p.m. ET with Game 1 between the Blues and Stars.

On Friday, April 25, the remaining two series get underway with Islanders vs. Hurricanes at 7 p.m. ET and Sharks vs. Avalanche at 10 p.m. ET.

Round 2 of the Stanley Cup playoffs could last a full 14 days; potential Game 7s are scheduled for May 8.

Below you’ll find everything to know about watching the second round of the 2019 NHL playoffs, including series-by-series TV schedules and live-streaming information.

The 2019 NHL playoffs will be broadcast across NBC’s family of networks in the United States. Games in the second round and conference finals are covered exclusively by NBC and NBCSN. NBC will show every game during the Stanley Cup Final.

The primary outlet for live-streaming 2019 NHL playoff games is NBC Sports Live, available on desktop and by downloading the mobile app. You can also stream games live by signing up for fuboTV, which offers a free seven-day trial.

NHL playoffs schedule for Round 2