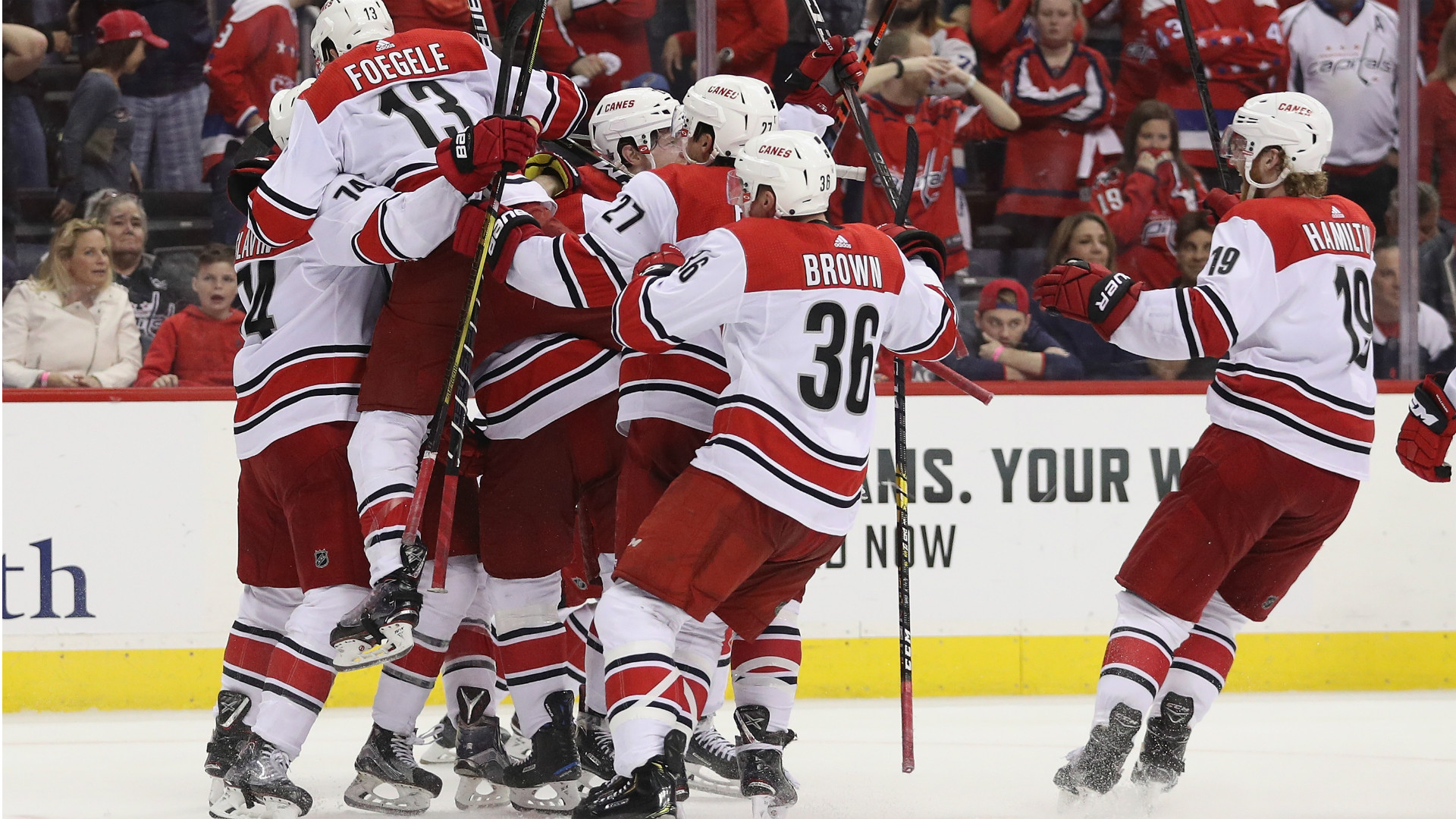 Hurricanes forward Justin Williams added to his storied history in series-deciding contests Wednesday with a game-winning assist in double overtime as Carolina defeated the Washington Capitals 4-3 in Game 7 of their first-round series.

Williams entered Wednesday’s game with the most career points in Game 7s, and he waited for the best possible time to add to his considerable haul. With the game still tied past the midway point of the second overtime period, Williams whipped the puck toward the Washington net and through a crowd. Brock McGinn, who had already pulled off some defensive heroics earlier in the game, managed to make contact as the puck was goal-bound and redirected it past Braden Holtby to stun the Capital One Arena crowd into silence.

The goal came just moments after the Hurricanes had set a franchise record for the longest Game 7.

Williams’ assist gave him 15 points in nine Game 7s, putting him a two-point cushion atop the all-time leaderboard over Doug Gilmour (13 points in 11 games).

After winning their fifth Game 7 in a row dating to 2006, the Hurricanes move on to the second round where they will face the New York Islanders.