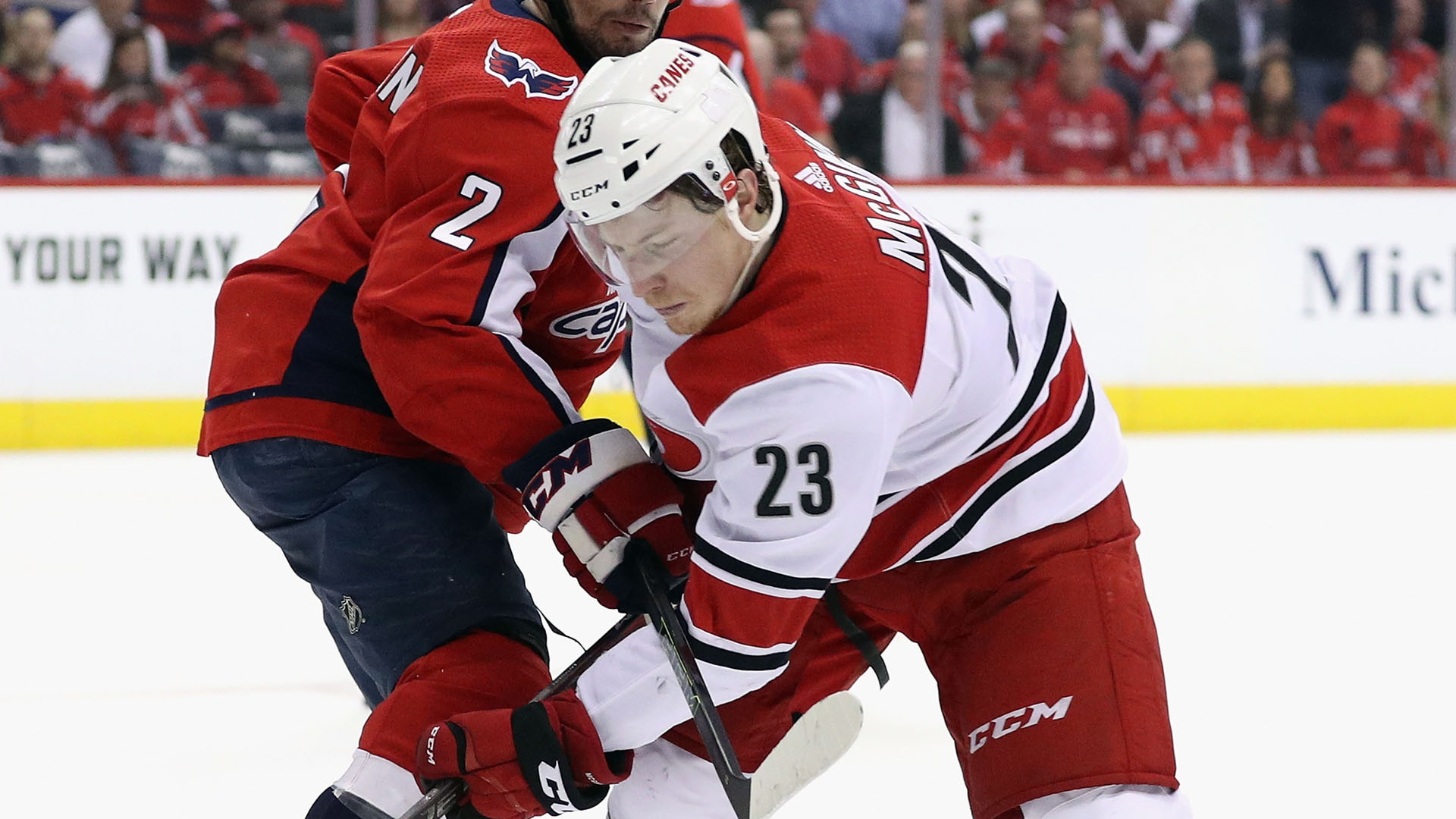 The Capitals thought they had won the game with a late goal in the third period but Brock McGinn wasn’t letting this shot cross the line.

With less than three minutes to play in Game 7 on Wednesday, the Capitals got a shot that rolled past Hurricanes goalie Petr Mrazek with the game tied 3-3.

The puck slid carefully toward the line and Washington fans thought for sure their team was about to take a 4-3 lead with barely any time to play.

But McGinn somehow came flying out of nowhere to knock the puck away and extend Carolina’s playoff life.

The save was absolutely pivotal for the Hurricanes as they were able to fend off a late Capitals attack and force overtime in Game 7.

They have little chance of doing that without McGinn’s save.

By the way, in case you didn’t know, playoff hockey is the best.

Update: Brock McGinn also won the game for the Hurricanes. This stuff can’t be made up.

You could not have written the ending to this story better for McGinn.

The Hurricanes will now face off with the Islanders in the second round of the playoffs starting Friday.