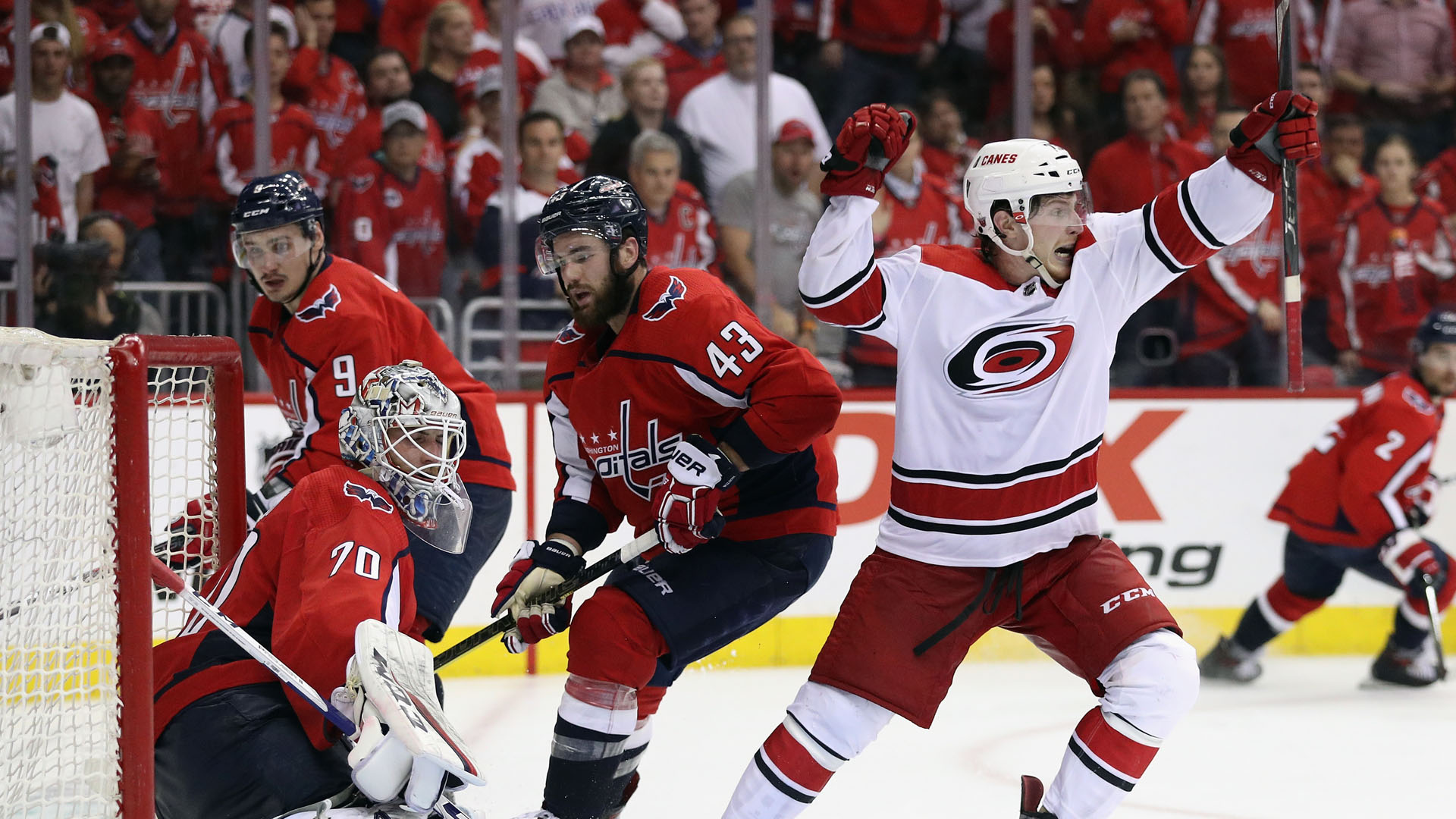 The Hurricanes are heading back to the second round of the playoffs after a dramatic, 4-3 double-overtime victory over the Capitals on Wednesday.

And there is no way this win happens without Brock McGinn.

First, the 25-year-old forward made a ridiculous stop in the closing minutes of the third period to practically force overtime.

Then he followed that up with the game-winning goal off of a beautiful pass from Justin Williams.

The Hurricanes will now meet the Islanders in the second round of the playoffs starting Friday.

Justin Williams is known as Mr. Game 7 and for good reason. The veteran, who was named a finalist for the Mark Messier NHL Leadership Award on Wednesday, came into the game having played in eight Game 7s in his illustrious career. His teams were 7-1 in those games.

His teams are now 8-1 as Williams assisted on the game-winning goal in double-overtime to give the Canes a matchup with the Islanders in the Eastern Conference semifinals starting Friday.

Williams and the Canes outshot the Capitals 17-6 in overtime.

The Hurricanes had not been good on the penalty kill this series.

Coming into Game 7, Carolina was 6 for 21 on the kill, allowing scores on nearly 29% of all chances after they surrendered goals on less than 19% during the season.

But, in Game 7, the Hurricanes were 3 for 3 on the kill and scored a goal shorthanded, as well, as Sebastian Aho found the back of the net in the second period.

The Hurricanes dominated the third period throughout this series and they did it once again in Game 7 as they scored two goals in the first 10 minutes to erase a 3-1 deficit.

If you were watching this series this came as no surprise to you. Half of the Hurricanes’ first 20 goals in the series came in the third period of the seven games.

That means the team scored 10 goals in the final 20 minutes of all the games and it was easy to see why in Game 7, as nine of the first 11 shots on goal in the period came off the sticks of Carolina players.

Carolina dictated the pace of the game and were heavy on the forecheck throughout the final 20 minutes. It’s no wonder this team was so good in the third period.