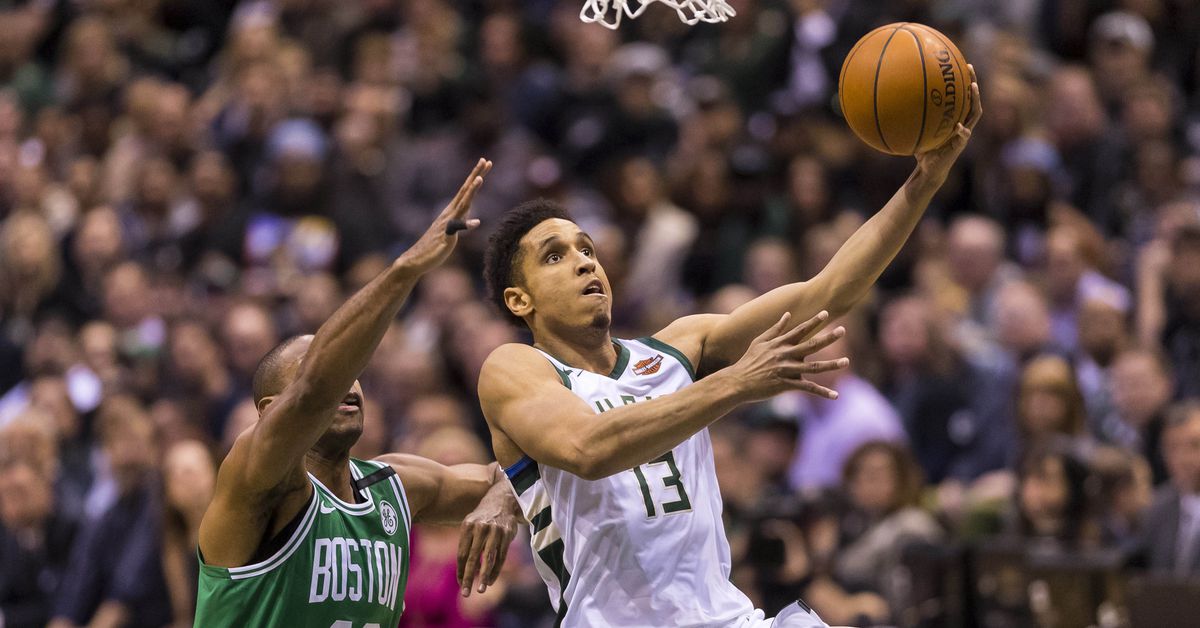 The Milwaukee Bucks announced that guard Malcolm Brogdon will be out for at least Games 1 and 2 of their Eastern Conference second round series against the Boston Celtics. Brogdon hasn’t played since March 15th, when he suffered a partially torn plantar fascia in his right foot. The hope for Milwaukee was that Brogdon would return in time to start the second round, but the team now says he won’t be re-evaluated until after Game 2.

Brogdon started all 64 games he played for the Bucks and turned in the best season of his career. The 2017 NBA Rookie of the Year averaged 15.6 points, 3.2 assists and 4.5 rebounds per game. But what made Brodgon’s year special was that he joined the exclusive 50/40/90 club for players who shoot at least 50% from the floor overall, 40% on three-pointers and 90% at the free throw line. Brogdon shot 50.5% overall, 42.6% from behind the arc and and NBA-leading 92.8% at the charity stripe. All three of those figures were career-highs.

Since Brogdon went down, the Bucks have mixed up their starting lineup some. But a lot of that was due to resting other players as well, given Milwaukee big lead in the standings. In the Bucks first round sweep of the Detroit Pistons, they started second-year guard Sterling Brown alongside All-Star Khris Middleton on the wing. Brown responded to the opportunity with 8.3 points per game on 57.9% shooting in the four games against the Pistons.

Brown offers a little more size than Brogdon, but he’s not the ballhandler nor passer that Brogdon is. He shot a more than respectable 36.1% from downtown in the regular season, but he’s the one player in the Milwaukee starting lineup that Boston will try to tilt the defense away from.

Brogdon joins Marcus Smart of the Celtics on the shelf to start the series. Both teams didn’t miss a beat without their starting guards, but as we get deeper into the playoffs, rotation holes are often exposed. Boston has given no updated timetable on Smart’s original 4-6 week timeline for return. He’s recently been spotted increasing his activity level at the Celtics practice facility, but he’s still limited in what the team is asking, or allowing, him to do. Game 1 against the Bucks will come three weeks after Smart initially injured his left oblique in a game against the Orlando Magic. Returning for Game 3 or 4, as the series shifts back to Boston, would be on the front-end of his timeline.

Both Smart’s and Brogdon’s statuses will be monitored by analysts and fans alike, as both players are keys to their teams hopes for a series win. It is worth remembering, that Smart returned for the Celtics in a pivotal Game 5 in Boston’s first round victory over Milwaukee last season. A similarly dramatic return by either player would certainly lift their team this time around as well.