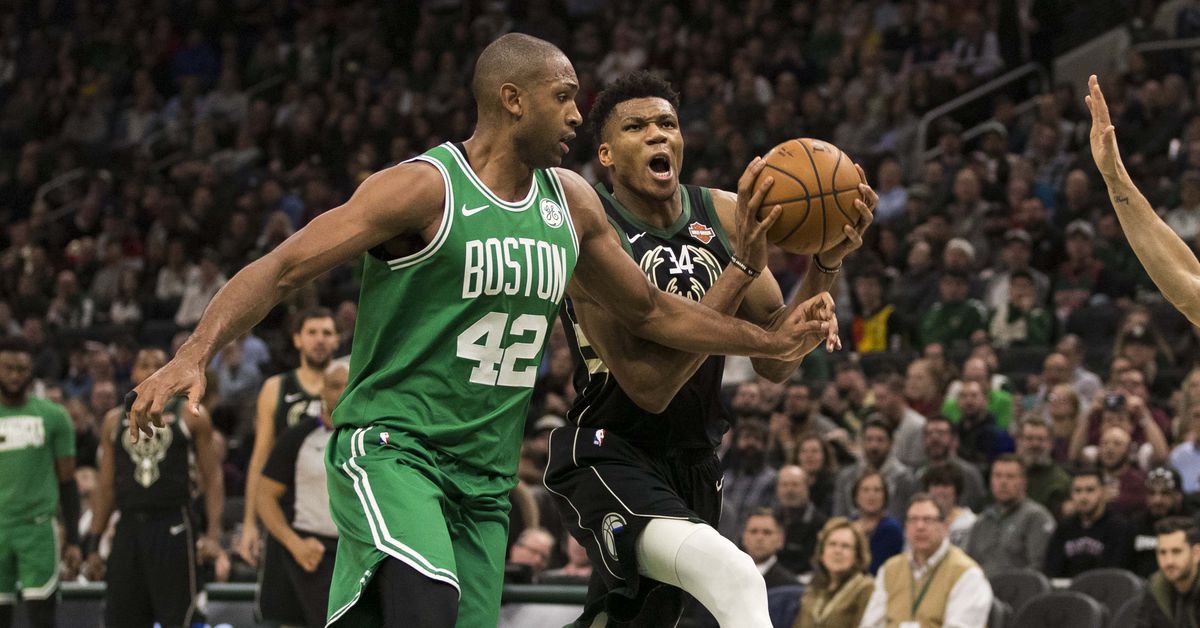 Below are some questions that I sent over to our good friends at BrewHoop.com and their answers to may queries. Hope you enjoy!

You’ll have to excuse my ignorance, but I just woke up from a self induced 7 month coma and I’m confused about why the Bucks are the 1 seed and the obviously-Finals-bound Celtics find themselves starting this series on the road. I’m hoping you can get me caught up on the developments in Milwaukee this season.

1. So, the Celtics defeated the Bucks in the playoffs last year without Kyrie Irving or Gordon Hayward and the Bucks are returning virtually the same team. So this should be an easy win for the Celtics, right? (Yup, just lobbing this up there for you.)

The Bucks are returning the same team, there is still Giannis who is the MVP favorite dunking and blocking everything. Khris Middleton is still there. I can’t guarantee he will be the flamethrower he was last year but he is still the second option on the team. Eric Bledsoe is the point guard, and they have some returning players like Tony Snell (recently returning from Injury) Malcolm Brogdon (hurt right now but projected to return sometime this series), and second year players D.J. Wilson and Sterling Brown. Sure Milwaukee replaced the John Henson/Tyler Zeller/Thon Maker center void with a 7ft Steph Curry in Brook Lopez. They replaced a JET with George Hill. Instead of having a guy who doesn’t care about defense in Jabari Parker, with Ersan Ilyasova (again) and Nikola Mirotic. And lastly instead of having a pest in Matthew Dellavedova, you just have Pat Connaughton who jumps pretty high. Oh and instead of having a dude who probably did your taxes at an H&R Block, they got a guy who is an actual coach. Other than that, everything else is still the same.

2. It is cliche-but-true to say that you can’t stop Giannis, you can only hope to slow him down some. Last year the Celtics (sometimes) limited his driving lanes with some success. How has The Freak evolved to the point where that won’t work any longer?

To be honest, Giannis has gotten to the point where the only way to stop him, is to dare him to shoot threes; but even that isn’t as effective anymore as he has slightly improved that where he’s closer to 30%. He still is barreling to the rim so potentially getting a few offensive fouls called on him would also limit his effectiveness. Otherwise Giannis has improved his paint finishing and has rebounded offensively better than before. He’s just gotten to the point where hoping he scores 25 points would be an ok day for him.

3. Continuing on a theme, for those that haven’t been paying attention this year, Eric Bledsoe has come a long way since his “Drew” days last year. How do you see him impacting this series on both ends of the court?

I have said it before but when he is dialed in, I believe Eric Bledsoe is a Top-5 PG in the league. Budenholzer’s offense gives him more open lanes and his finishing has been at a career best. He oddly enough is a better shooter off the dribble than catch and shoot; but the biggest impact he is going to have is on the defensive side. He has been a contender for getting an All-Defense spot and the best example I have is watch him guard James Harden in the two games Milwaukee played against Houston. He sees things better and is fighting through screens and if he can contain Kyrie, Milwaukee will like it’s chances this season.

4. Personally I still have flashbacks of Khris Middleton hitting shot after shot last year, so he won’t surprise anyone as a huge factor. Who could be the X-factor that sneaks up on Celtics fans in this series?

I was thinking Brook Lopez but I don’t think he will sneak up on any Celtics fans that actually follow the NBA. He has the ability to stretch the floor and let 30ft three pointers fly and when he hits one or two, he’s going to eventually hit 5. I think the X-factor is going to be George Hill. He has been a fantastic addition mid-season and will be the backup point guard for Milwaukee. He is a steadying presence for Milwaukee and can give Milwaukee a spark whether it’s a timely three pointer or a defensive stop.

5. Prediction time! How many games can the Bucks steal from the Celtics before Boston advances to battle LeBron James in the Eastern Conference Finals? (Wait… what?)

O yeah don’t worry about LeBron, not only is he playing on your hated rivals the LA Lakers, but they didn’t even make the playoffs. Unfortunately, Giannis is still in the conference and I think had Milwaukee had competent coaching, or a better showing from Eric Bledsoe, they would have won. But this year the Celtics have Kyrie and Hayward and Al Horford is the player that can and probably will give Milwaukee fits. I think the Bucks win the series in 6 and get some payback from last year.