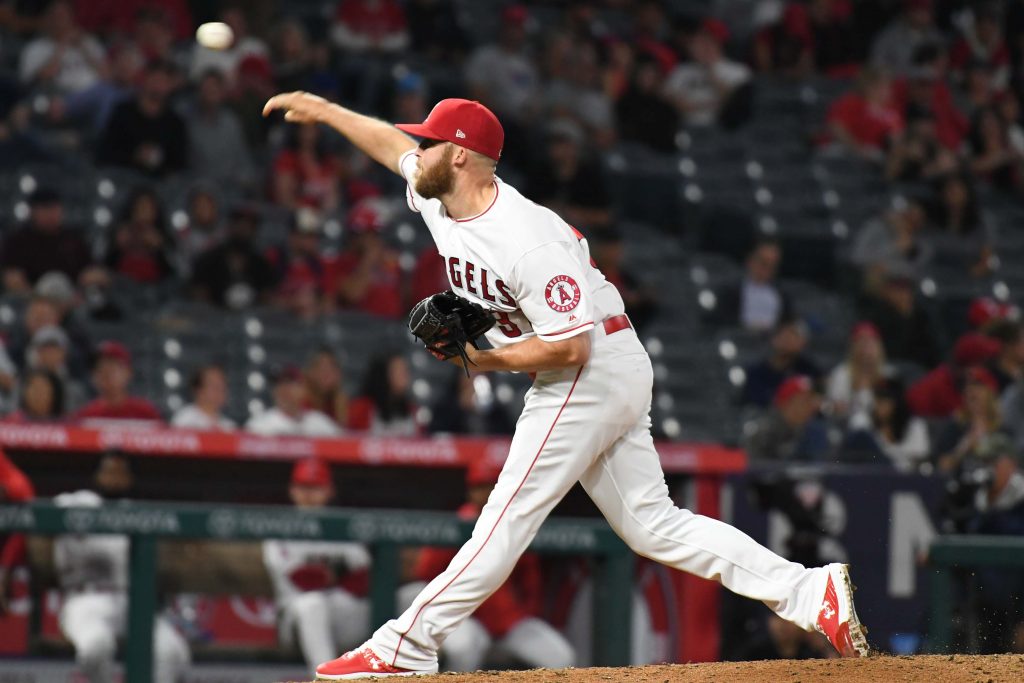 The Angels are removing right-hander Cody Allen from the closer’s role for the time being, manager Brad Ausmus revealed prior to Wednesday’s tilt with the Yankees (Twitter link via MLB.com’s Rhett Bollinger). There won’t be a set closer in his place, it seems, as each of Ty Buttrey, Hansel Robles and Luis Garcia could receive looks depending on availability and matchup, Bollinger notes.

The start of the 2019 season hasn’t gone any better. Allen is a nominal 4-for-4 in save opportunities, but he’s yielded five earned runs on six hits and seven walks with nine strikeouts in 8 1/3 innings. The home-run troubles that plagued him last year are all the more pronounced in 2019, as he’s already served up a trio of dingers on the young season. Perhaps more concerning is the fact that Allen’s 92.2 mph average fastball is a full two miles per hour lower than it was in 2017 and three miles slower than it was back in 2014. As one might expect with that type of velocity dip, Allen’s swinging-strike rate has plummeted from 14.9 percent in 2017 to 10.4 percent in 2019.

It remains to be seen whether the change in role can help to get Allen back on track. At 30 years old, it’s not out of the question that he can rediscover some of his lost velocity. It’s also certainly possible that a pitcher with his track record and wipeout curveball can learn to be effective even with reduced life on his heater, though doing so may come with an adjustment period.

Fantasy players asking who’s in line for the bulk of saves won’t have a true answer until we see how Ausmus deploys the other late-inning relievers in his bullpen. But to this point in the season, both Buttrey and Robles have been terrific. Each has struck out at least one third of the hitters he’s faced while walking fewer than eight percent of opponents. Buttrey has paired his outstanding K-BB% with a hefty 56.5 percent ground-ball rate (dwarfing Robles’ 25.0 percent), underscoring the difficulty that opponents have when it comes to elevating his pitches.

Since being acquired from the Red Sox in exchange for Ian Kinsler, Buttrey has a 2.10 ERA and a 33-to-8 K/BB ratio and zero home runs allowed in 25 1/3 innings for the Angels. Robles, since being claimed off waivers from the Mets, has a 3.02 ERA and a 52-to-18 K/BB ratio in 47 2/3 frames. Between the two, Buttrey has induced more swinging strikes and grounders and seems like the more prototypical closer, though it’s possible that Ausmus will err on the side of veteran experience and give the first looks to Robles.