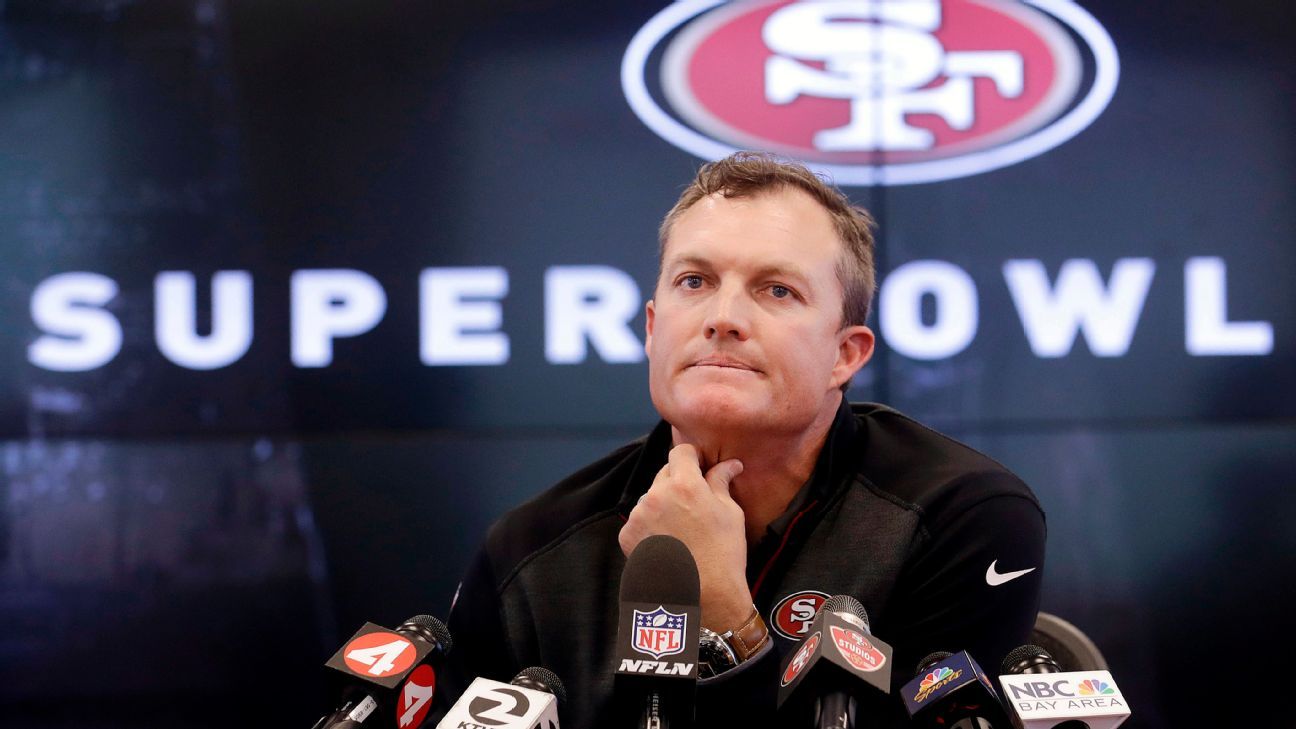 SANTA CLARA, Calif. — The one sure thing about the NFL draft is that nothing is for sure.

Which is why, as the San Francisco 49ers have prepared for Thursday night’s first round, they’ve devoted plenty of time and effort to go through every possible scenario.

As it stands, the easiest path to a pick for the Niners appears to include waiting for the Arizona Cardinals to draft Oklahoma quarterback Kyler Murray and then simply turning in a card that has Ohio State defensive end Nick Bosa‘s name on it. No fuss, no hassle, and the 49ers would have the edge rusher they covet.

But what if the Cardinals throw a curveball and pass on Murray? What if Arizona decides to pair Bosa with Chandler Jones in an effort to create its own dominant pass-rushing duo? It’s an idea that has gained steam in recent days, though it’s nearly impossible to know what’s real and what is not at this point in the pre-draft process.

It’s also something the 49ers have to be prepared for in case it happens.

“The one thing I know, we’re not going to have to wait long …” general manager John Lynch said. “Then we’ll know whether it’s them or someone else picking him or someone else. …

“I think what I know is that we’re in a really good position and we’re not, as I said, going to have to wait long. What happens there at [pick No.] 1, will it have an effect on what we do at 2, we’ll see.”

The general consensus seems to be that there are two truly elite players in this draft: Bosa and defensive tackle Quinnen Williams. Bosa probably is the Niners’ preference at No. 2, but they also haven’t been shy about expressing their admiration for Williams.

However, if Murray makes it past the first pick, it stands to reason that teams could be looking to move up for the electric quarterback.

Though the Niners would be open to a significant trade offer anyway, it’s reasonable to think that only a top quarterback could potentially fetch what San Francisco would consider worthy of moving off the No. 2 pick and a shot at a player like Williams.

Teams like the Oakland Raiders (Nos. 4, 24 and 27 overall) and New York Giants (Nos. 6 and 17 overall) would be ideal trade partners because they boast multiple early-round picks and wouldn’t force the Niners to move down too far out of range of some of this draft’s top defensive players. It’s unlikely San Francisco would want to move all the way out of the top 10, barring an offer with multiple high picks this year and beyond.

Lynch said he would expect his phone to be ringing plenty if Murray didn’t go No. 1.

“I would, wouldn’t you?” Lynch said. “I think there seems to be a ton of interest.”

To that end, Lynch said the process of teams reaching out and doing due diligence on possible trades already has begun. That way, if the Cardinals pass on Murray, potential parameters for a deal already have been discussed.

“We’ll listen, but we’ll also be prepared if we like someone there enough that if we don’t get something incredibly special, we’ll just sit there right there and take a player we think can really impact us in a positive way,” Lynch said.

And what if the 49ers can’t get that “incredibly special” trade offer? Well, they could simply draft Williams and be more than happy to do so.

Yes, the Niners already have defensive tackle DeForest Buckner, but Williams has plenty of experience playing nose tackle and has the versatility to align anywhere on the interior.

Lynch says he believes Williams is “special” enough to produce no matter where he lines up.

“The season he had may have been as good of a college football season that I’ve ever seen,” Lynch said. “He was just dominant. … He’s a spectacular player. When you look at how your roster is currently comprised, when you have an opportunity to take a talent like that, you certainly look at every avenue to improve your team.”