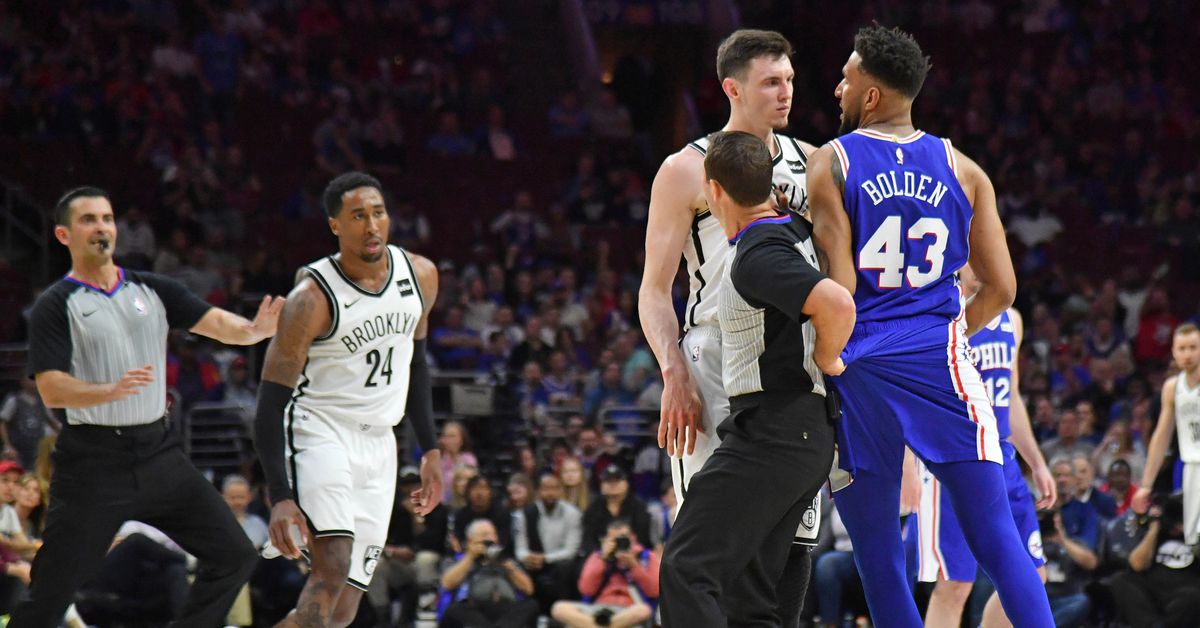 The unnecessarily dramatic Nets-Sixers first-round NBA playoff series is over, and it could not have ended on a more on-brand note. A series that revved up when a 33-year-old veteran triggered an arms war with a mundane (and accurate) statement about a 22-year-old All-Star finished with the most ridiculous four-player ejection in the final minutes of Philly’s 22-point series-clinching win.

Tangled up under the rim, Sixers reserve Jonah Bolden and Nets rookie Rodions Kurucs wouldn’t let go. The two went face-to-face and tested referee Brian Forte’s box-out abilities to separate them. It worked and it didn’t, as the two players reunited for one last bout of unsavory words that absolutely couldn’t have mattered less.

Somehow, both Sixers big man Greg Monroe and Nets rookie Dzanan Musa, who came into the night having played 10 minutes in the series, were also booted. What a glorious ending to a series so hilariously theatrical, it was tough to take seriously. This beef was always overcooked without marinade.

The Sixers blew out the Nets in Game 5 to take the series, 122-100, and the game wasn’t really that close. Seriously, the Sixers started off with a 23-2 lead.

What does this mean for the future?

I guess — long lasting beef? Philly sports fans won’t forget this, and ex-Knicks fans-turned Nets fans won’t either, unless their landlord raises the rent and they move back to a forced triple in midtown. (This may or may not be the case for several people I know.)

But a Ben Simmons vs. Jared Dudley feud feels so silly. I mean, Joel Embiid has already called him a nobody.

Oddly, the overdone drama that was Philly-Brooklyn made this series bearable, so stay thankful for that. But if it re-ignites next season, it better get spicier than a Kurucs-Bolden face-off.