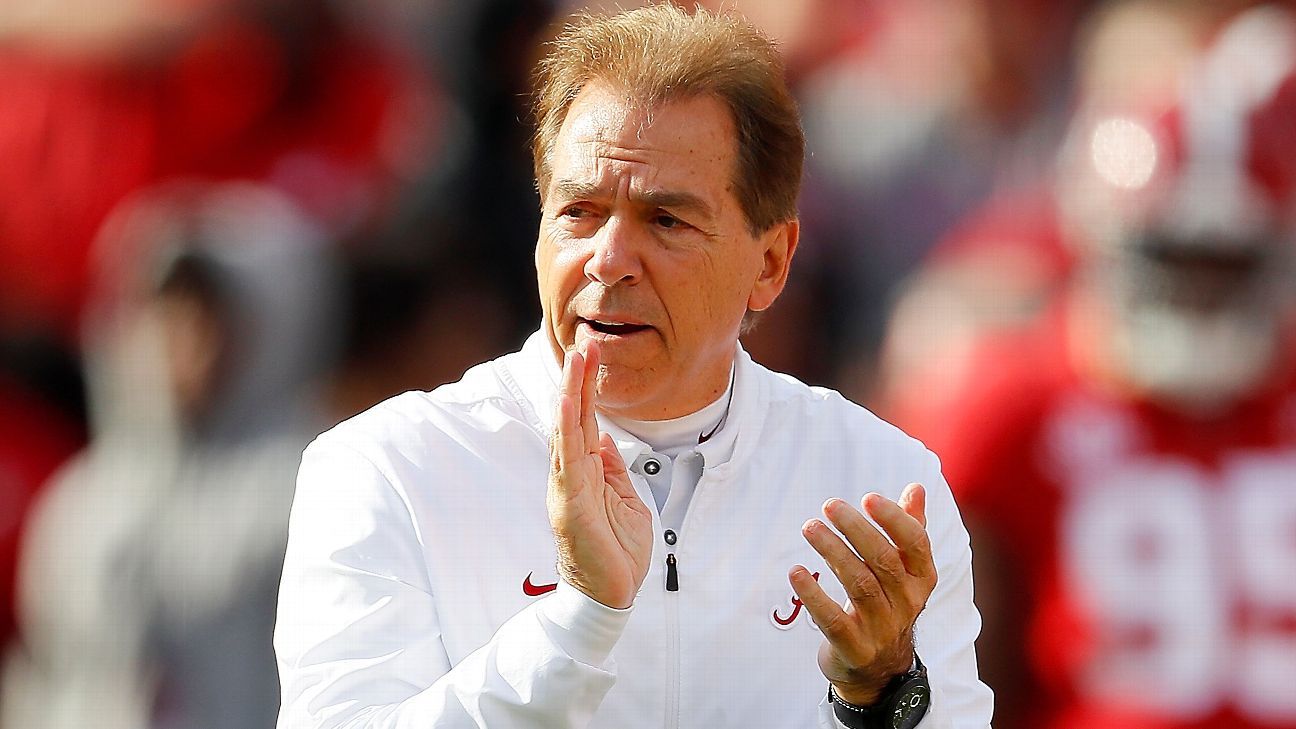 “The Process” never ends for Alabama‘s Nick Saban — not even two days after the 67-year-old coach had hip replacement surgery.

Alabama athletic department spokesman Josh Maxson confirmed that Saban was back in his office at the Moore Athletic Facility early Wednesday morning, less than 48 hours after he had hip replacement surgery.

Saban took Tuesday off to recover.

Dr. Lyle Cain, an orthopedic consultant with the athletic department, said in a release earlier this week that Saban’s robotic-assisted procedure was a success, and that he anticipated Saban being back at work in the “very near future.”

Saban is not expected to attend the start of the NFL draft in Nashville on Thursday night. As many as three former Alabama players — defensive lineman Quinnen Williams, offensive lineman Jonah Williams and tight end Irv Smith Jr. — are projected to be selected in the first round.

Saban, an avid golfer, also withdrew from next week’s Chick-fil-A Peach Bowl Challenge at the Reynolds Lake Oconee resort in Greensboro, Georgia. He had competed in the charity event every year since 2007.

Saban said his hip started bothering him this spring and he wanted to get it fixed before the condition became worse.

“I want to get it fixed because I don’t want to coach for one more year — I want to coach for a lot of more years,” he told reporters following the spring game two weeks ago. “So whenever things like this come up, I want to be aggressive and proactive to try and get it taken care of. We’ll certainly do that, and we’ve got really good people to do it.”

Saban will have about three months to recover before the Crimson Tide open preseason camp in early August. They open the 2019 season against Duke in the Chick-fil-A Kickoff at Mercedes-Benz Stadium in Atlanta on Aug. 31.