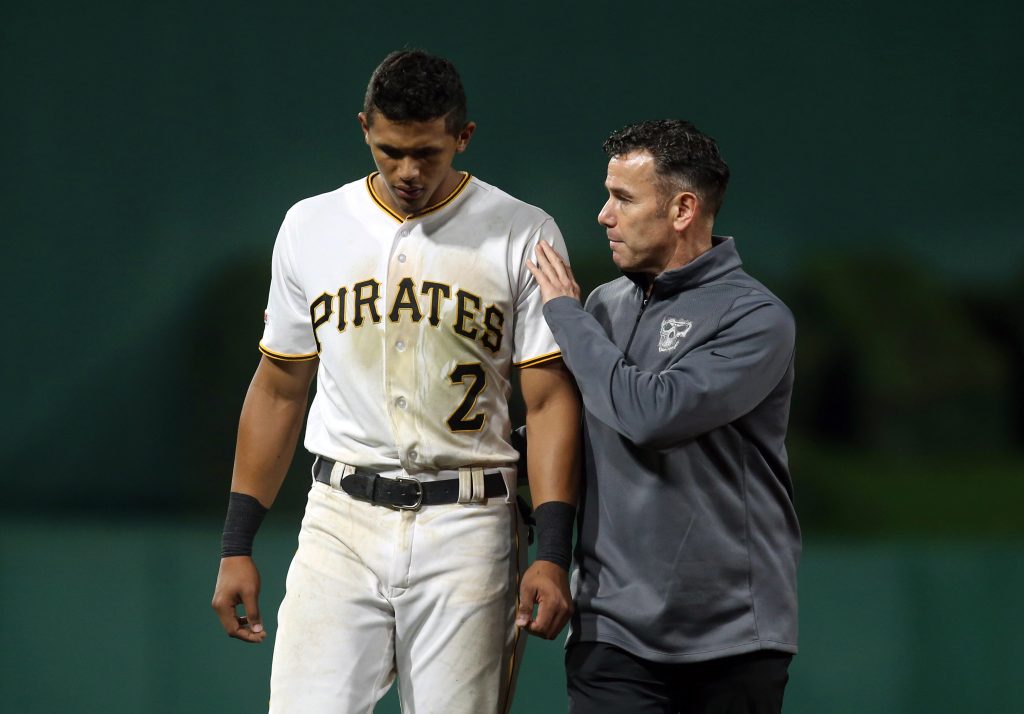 The Pirates announced to reporters Wednesday that shortstop Erik Gonzalez will undergo surgery to “repair and internally fixate” his fractured left clavicle (Twitter link via Bill Brink of the Pittsburgh Post-Gazette). A timeline for his recovery won’t be known until Gonzalez actually undergoes the procedure, but he was already placed on the 60-day injured list over the weekend, so the length of his absence will be substantial.

Acquired from the Indians in the offseason trade that sent Jordan Luplow and Max Moroff to Cleveland, Gonzalez was named the Pirates’ Opening Day shortstop midway through Spring Training. However, the former Cleveland utilityman didn’t acquit himself well in an everyday role, as he batted just .216/.298/.294 over the life of 59 plate appearances. In his absence, rookie Cole Tucker has emerged as an option at the position and is now in line for a long-term audition.

Gonzalez sustained his injury last Friday when he was involved in an ugly collision with center fielder Starling Marte, who has also been placed on the injured list. The outlook on Marte is better, as MLB.com’s Adam Berry tweets that he’s been cleared to begin light baseball activities.

When Gonzalez eventually returns to the Pirates, it now looks likely that he’ll hold a utility role similar to the one he had with the Indians in 2016-18. The Buccos can control Gonzalez through the 2022 season, and he’ll be arbitration-eligible for the first time this offseason.