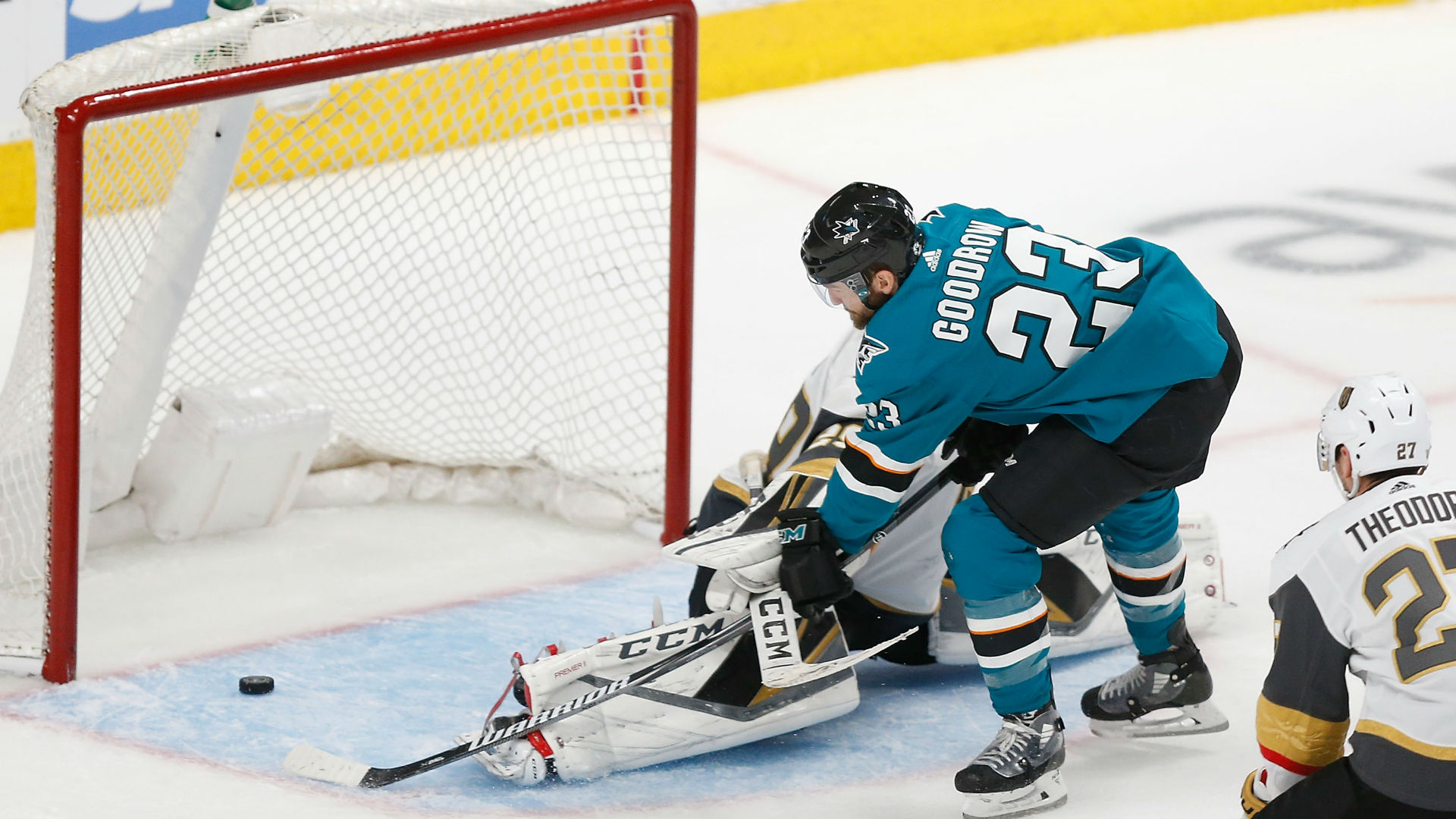 The San Jose Sharks trailed the Vegas Golden Knights three games to one in their 2019 first-round playoff series. San Jose then trailed Vegas by three goals with just over 10 minutes left in regulation of Game 7 on Tuesday.

Powered by a historic four-goal power play in the third period and a Barclay Goodrow game-winner in overtime, the Sharks overcame both deficits in a 5-4 victory.

With 1:41 remaining in the first overtime period, Goodrow took an Erik Karlsson pass and potted the game-winning goal to push San Jose into the second round of the Stanley Cup playoffs. Goodrow was minus-3 in regulation and saw just 7:26 of ice time in the game, but he made the most of his two overtime shifts.

“I saw the defense was a little flat-footed, [and] I was hoping [Karlsson] would get the puck to me,” Goodrow told NBC Sports Network’s Ray Ferraro postgame. “Obviously, he’s a world-class player, so he did.”

With this thrilling series now in the rearview mirror, the Sharks will face the Colorado Avalanche in the second round.