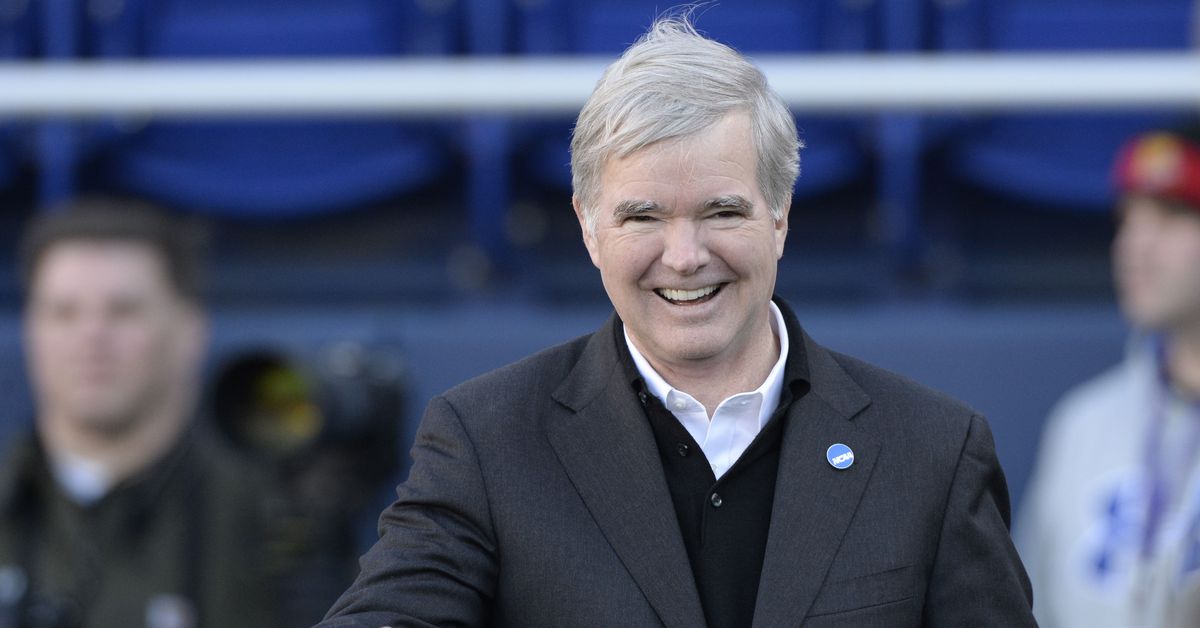 In February, offensive lineman Brock Hoffman transferred from Coastal Carolina to Virginia Tech. In March, Hoffman and Virginia Tech applied for a waiver that would let him play in 2019, rather than sit out the season under NCAA rules for undergrad transfers.

According to Hoffman, a basis was that his transfer moved him closer to his family. In 2017, Hoffman’s mother had a brain tumor removed, leaving her with facial paralysis, hearing loss, and eyesight problems. Blacksburg is two hours and change from Hoffman’s hometown of Statesville, North Carolina, about half as far as CCU in Myrtle Beach.

But the NCAA denied Hoffman’s request to play immediately. He said the NCAA did so because Virginia Tech is five miles outside a 100-mile radius from his house, and because the NCAA, which he sarcastically called “now a group of doctors,” determined his mother had “gotten better.” (The NCAA doesn’t publicly list the 100-mile radius as a consideration.)

The NCAA hasn’t given its side and probably won’t in any detail. It doesn’t normally make its reasoning on transfer cases public, citing privacy concerns.

Hoffman is appealing, and based on the NCAA’s usual behavior when these stories arise, he has a great chance of winning. The NCAA doesn’t like the bad PR that comes with high-profile cases like his. It’s given waivers to players who didn’t appear to have clear cases based on the rules, including Ohio State quarterback Justin Fields and Miami QB Tate Martell recently.

But the episode illustrates a bigger problem.

Denying a waiver for an unpaid college student whose mother had a brain tumor is horrible. But it’s the kind of thing that can happen when a massive, clumsy organization decides it’s qualified to judge individual players’ hardships.

In April 2018, the NCAA unveiled criteria it said would clarify the waiver process:

-At the time of transfer to the certifying institution, the student-athlete would have been athletically and academically eligible and in good standing on the team had he or she remained at the previous institution;

-The previous institution’s athletics administration does not oppose the transfer.

The first can have the broadest interpretation: what’s a circumstance “outside the student-athlete’s control,” and what “directly impacts” the “health, safety, and well-being” of that player? And who’s the NCAA to make those calls?

Martell got his waiver to play immediately at Miami after his last school, Ohio State, brought in Georgia’s Fields, who got his own waiver and jumped Martell on the depth chart. Martell had a lawyer who dared the NCAA to prove his client’s well-being hadn’t been harmed. In Hoffman’s announcement, the Tech lineman referred to others getting a “free pass for playing time issues.”

How do you liken a QB who wants more playing time to a lineman who’s dealt with a serious family medical issue?

But either situation could hurt a player’s “well-being.” If a QB’s buried on a depth chart, he doesn’t have much chance to show off for NFL scouts and start a career.

The NCAA’s standard requires it to make exactly these kinds of evaluations. That’s despite the organization’s decision-makers lacking intimate knowledge of waiver applicants. It’s also despite the NCAA only really knowing how to investigate one thing: whether a player got paid.

The NCAA could avoid this problem by giving athletes the same freedom everybody else on a college campus (including coaches) gets.

The NCAA calls the sit-out year for new transfers an “academic year of residence.” Ostensibly, the idea is to make sure players are properly focusing on schoolwork. Maybe more importantly, coaches broadly support the rule, which discourages unhappy players from leaving. Football coaches have gotten angry about other transfer rule reforms.

There might be players who could use the adjustment period. Again, though, the NCAA has no particular qualification to determine who those players are.

Even if the NCAA were qualified to know exactly which players needed to sit out for academics’ sake, why should it be the NCAA’s business? Consider:

The rule requiring transfers to sit out has always been unfair. But now it’s also clear that administering the rule is beyond the NCAA’s capabilities.

The NCAA has signaled changes could be coming soon. The chair of a transfer rules committee said in February the group was “reviewing current transfer waiver guidelines to make sure they are in line with the membership’s expectations.”

If any rules change, they should change to be fairer to players in general and prevent the NCAA from being judge and jury on matters it knows little about. The best solution is to let every transfer play without sitting, no matter how annoyed coaches get.