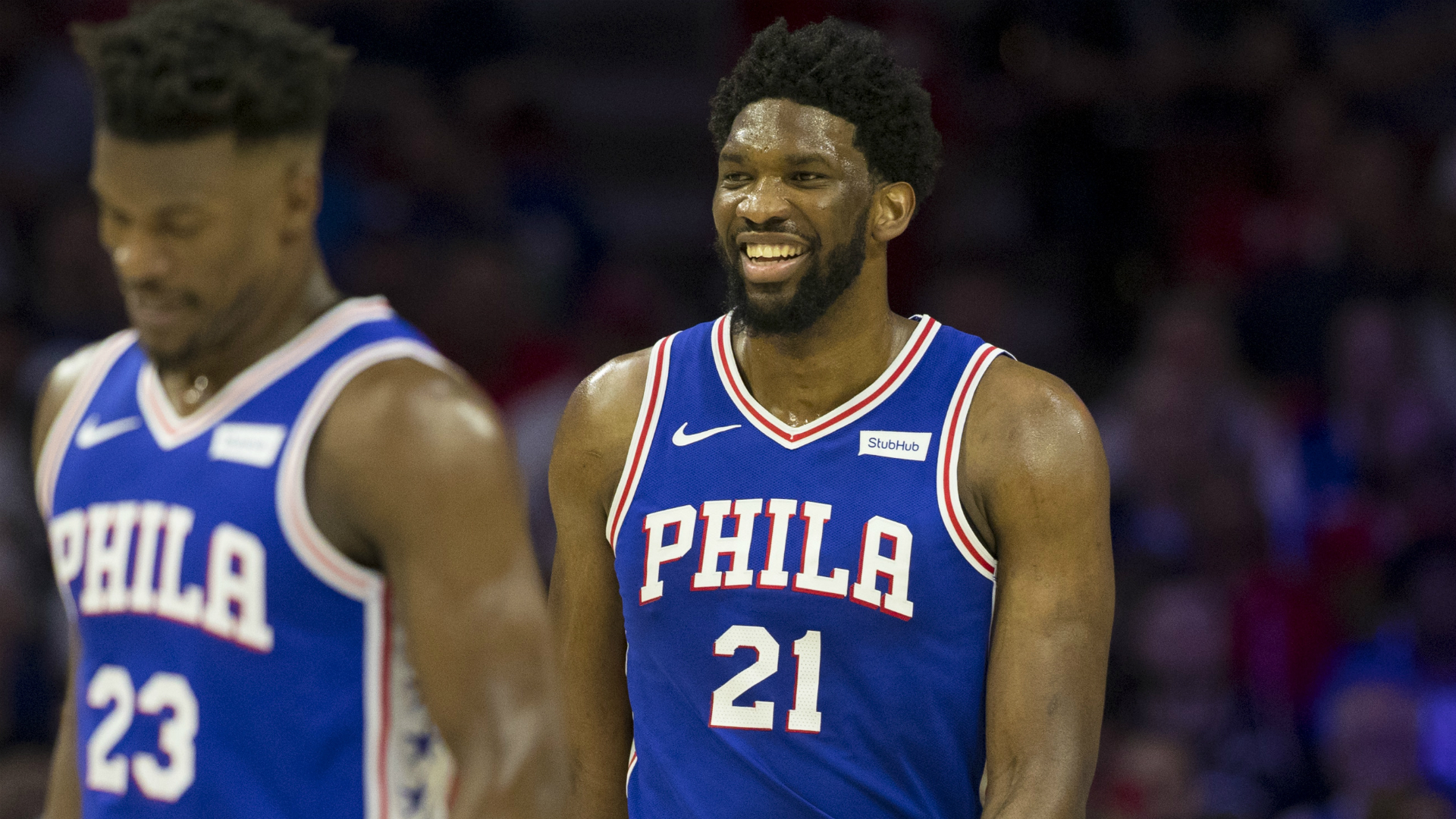 Joel Embiid and the 76ers believe they can go all the way this season and win the championship.

The 76ers reached back-to-back Eastern Conference semifinals after blitzing the Nets 122-100 in Game 5 on Tuesday.

Embiid posted 23 points and 13 rebounds as the 76ers sealed a 4-1 series victory and set up a second-round showdown with the Raptors.

Confidence is high within the franchise, with Embiid telling reporters postgame: “We think we can win it all.

“We feel like this team is better than last year’s team,” added Embiid, whose 76ers were outclassed 4-1 by the Boston Celtics last season.

“Last year we had a lot of momentum going into the playoffs but Boston just smacked us. Going into this series is different because this is now my second time being here and last year we were overconfident.

“This year it’s just about respecting everything about the game of basketball and putting the work in.”

He fought through Game 1 – which Philadelphia lost – and was forced to miss Game 3 before returning to lead the 76ers with 31 points and 16 rebounds in a Game-4 victory.

“I still have a long way to go but as long as I’m alive I’m going to keep pushing,” Embiid said.

After watching his side lose four successive games to the 76ers, Nets coach Kenny Atkinson talked up Philadelphia in the race for the championship.

“They’re going for big things. They can compete for a championship, quite honestly,” Atkinson said.