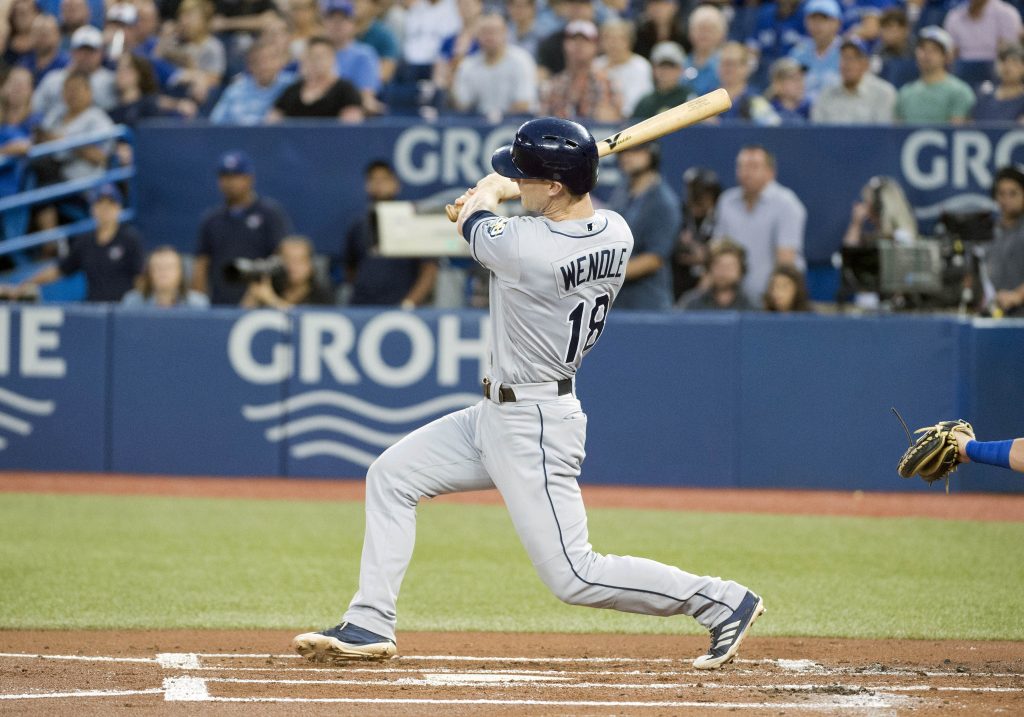 The Rays announced today that infielder Joey Wendle has been diagnosed with a fractured right wrist, as MLB.com’s Juan Toribio was among those to cover on Twitter. The injury occurred when he was hit by a pitch in today’s game.

It’s rough news for a player who only just made it back to the active roster after opening the season on the IL. Soon to turn 29, Wendle had hoped that the 2019 campaign would represent an opportunity to build off of an excellent first full season in the bigs.

Last year, Wendle slashed a robust .300/.354/.435 while hitting seven long balls and swiping 16 bags. That showing earned him a fourth-place finish in the American League Rookie of the Year voting.

Entering play today, the late-bloomer had managed only a single hit in 22 plate appearances on the new season. He was 2-for-2 on the day before the errant pitch changed the course of his season.