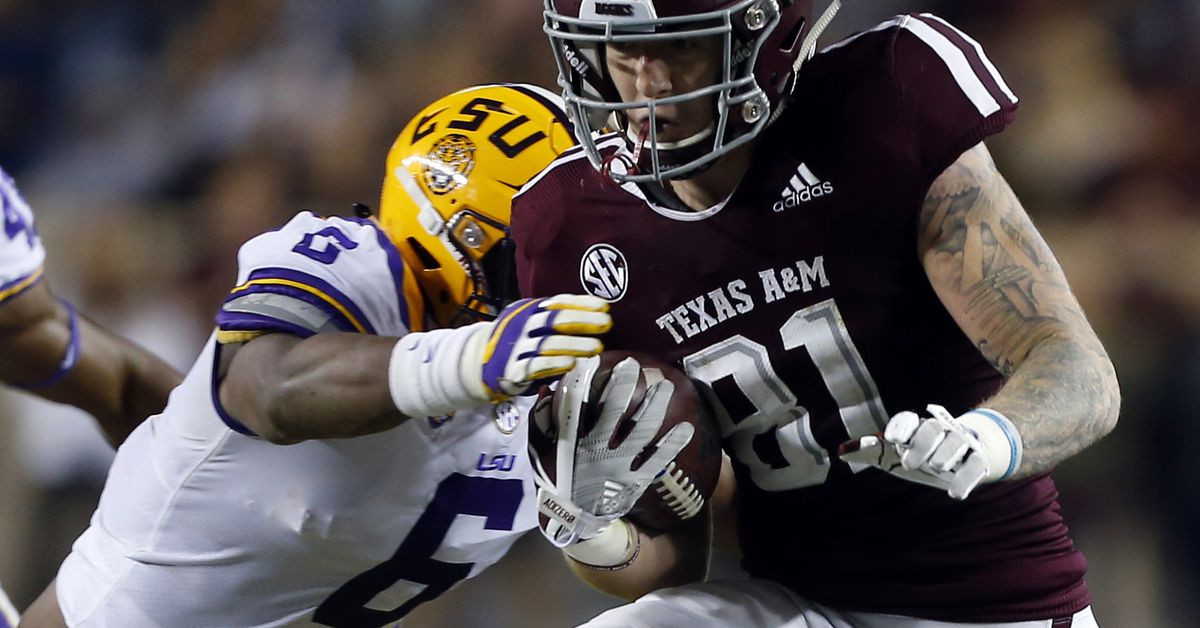 The NCAA announced a slight change to its traditional college football overtime rules. Now, once a game hits the fifth overtime, teams will just line up for alternating two-point conversion attempts from the three-yard line, rather than lining up at the 25 and attempting conventional drives.

This is notable, given that we had two games hit five OTs or more in 2018, including an especially memorable seven-OT banger between LSU and Texas A&M.

Why would the NCAA consider doing this at all? Well, there’s player safety to consider, especially since these players are, well, minimally compensated amateurs. Completely exhausted players could lead to increased injury risk and put them at a disadvantage for the following week.

Some college football fans think this is just another overreach by the NCAA, trying to kill all of our fun. But you know what? I actually think this is a perfectly acceptable change. Here’s why.

Games that go beyond the fifth overtime are REALLY rare.

We’ve had regular-season overtime games from 1996 onward. We had 33 in 2018 (including bowls), and the vast majority concluded after one overtime. That’s pretty typical historically, with teams across the nation usually playing between 25 to 40 overtime games per season.

Do you know how many of those FBS games hit five overtimes or more? Just 11. That’s not even one every other season!

Especially good or meaningful games that went that long? Those are even rarer.

We’ve had ranked teams face each other and play at least five overtimes exactly once in college football history, and that was last year’s LSU-Texas A&M game.

No team from a non-SEC power conference has ever played in a five-OT game. Only two other teams were ranked in the AP Poll while entering a fifth overtime.

For every extremely long football game that actually managed to be good, like last year’s LSU game or 2003’s Arkansas-Kentucky game, we also run the risk of games like say, 2006’s North Texas-FIU game, where neither team could score 30 points … after seven overtimes. That box score is a symphony of sadness.

Sure, they’re close! But games that long test the depth and stamina of even the best, most resourced teams. And when teams that don’t really have depth under the best of circumstance suddenly have to play a lot more football … at best, you get really ugly football.

Take the other massive overtime game from the 2018 season, Hawaii’s five-OT slugfest win over San Jose State. This game featured one of the worst teams in FBS (a winless SJSU squad), six missed field goals, another missed extra point, a team that couldn’t rush for even 1.5 yards a carry, and 106 total pass attempts. It wasn’t efficient or explosive, but it was long! And if you look at some of the other games on this list, this game’s stat profile isn’t an aberration.

This new rule could help mitigate the worst edge cases without disrupting what makes college overtime so fun.

If the last 20 or so years are any indication, this rule change should only be part of a tiny number of games that you probably weren’t going to watch anyway. It’s a way to help soften the blow of the longest games for athletes, but doesn’t rob the fan or the sport of overtime, generally.

If the new format is a dud, well, it can always be tweaked again. Football rules get tweaked all the time! And if anybody complains about losing on a two-point conversion attempt at the sixth overtime, well, it’s pretty clear they would have lots of chances to win the game beforehand.

There are lots and lots of things to holler at the NCAA about. I’m not sure this should crack the top of the list.