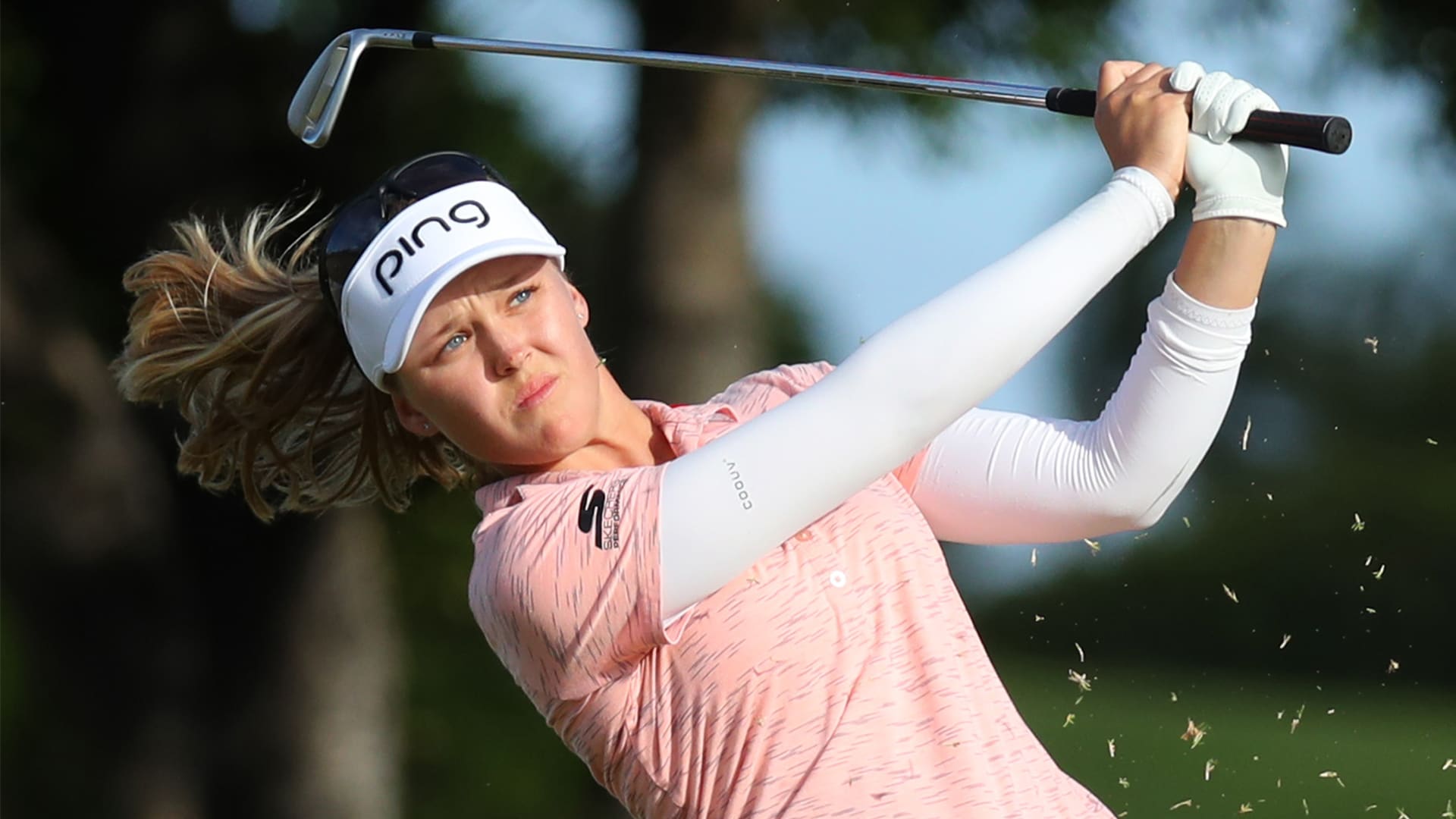 Brooke Henderson escalated her climb to a mountaintop that looks reachable to more players than ever before in the women’s game.

With her victory at the Lotte Championship last weekend, Henderson moved up to No. 7 in the Rolex Women’s World Rankings, reinvigorating her climb toward No. 1, a destination she has yet to reach but seems destined to complete as a 21-year-old who has already won eight LPGA titles, including a major.

She’s chasing the current No. 1, Jin Young Ko, who seems equipped to hold on to the top ranking for a while, though that promises to be a challenge with the women’s game appearing as difficult to dominate as it ever has.

“It’s really an honor to get the Rolex Ranking No. 1,” Ko said Wednesday as she prepared for the Hugel-Air Premia LA Open. “But anyone can climb to No. 1.”

Maybe not anyone, but it looks as wide open as ever with so many different players winning week to week.

The No. 1 ranking has switched hands six times in the last 12 months, 10 times in less than two years, with Ko ascending after her victory at the ANA Inspiration three weeks ago.

Her victory at the ANA made her the ninth different winner in the last nine majors.

“It’s really hard to win,” Jessica Korda said after a birdie putt that would have forced a playoff with Ko at the Bank of Hope Founders Cup stopped just short at the 72nd hole in Phoenix.

Maybe harder than ever.

It doesn’t get any easier this week.

Nine of the top 10 players in the Rolex Women’s World Rankings are in the field, 18 of the top 20. Only No. 5 Nasa Hataoka and No. 18 Jeongeun Lee6 are taking the week off.

Henderson arrives hot off her successful title defense at the Lotte Championship, a course that set up for her aggressive style of play, with the big hitter launching drivers at every opportunity, including twice from the middle of fairways.

She’s looking to show her versatility with a victory at Wilshire Country Club this week, a completely different test that won’t allow her to play as aggressively.

“It’s not as much of an attacking course,” Henderson said. “Going to have to lay up a couple times and just play smart and patient. Patience is definitely a huge key around this golf course.

“There are a lot of different slopes and undulations on the greens and things. Not as attacking as maybe I would like, but hopefully I can just have my ball striking working and get myself some good looks . . . You just kind of have to go with what the course gives you. This week will be a little more difficult to do that.”

Henderson has won twice in each of the previous three seasons.

Henderson and Ariya Jutanugarn are the only players to have multiple wins in each of the last three seasons. That makes some folks scratch their heads over Henderson’s ranking and why she isn’t even higher than she is. She has three LPGA victories in the last 53 weeks. Sung Hyun Park is the only player who has won more in that span, with four victories. Henderson’s ranking is partially a function of how much she plays and the divisor that creates. She plays a lot more than most players.

Back in 2016, Henderson found herself on the cusp of No. 1, ranking second behind Lydia Ko for seven consecutive weeks.

For Henderson, though, the focus today is on other numbers.

“Definitely trying to get that second win, if not more,” she said. “I think to do that, scoring average is really my main focus. Last year, it was under 70. It was (69.99). I think if I can get it under 70 again this year, I’ll be putting myself in good positions and hopefully in a lot of final groups.”