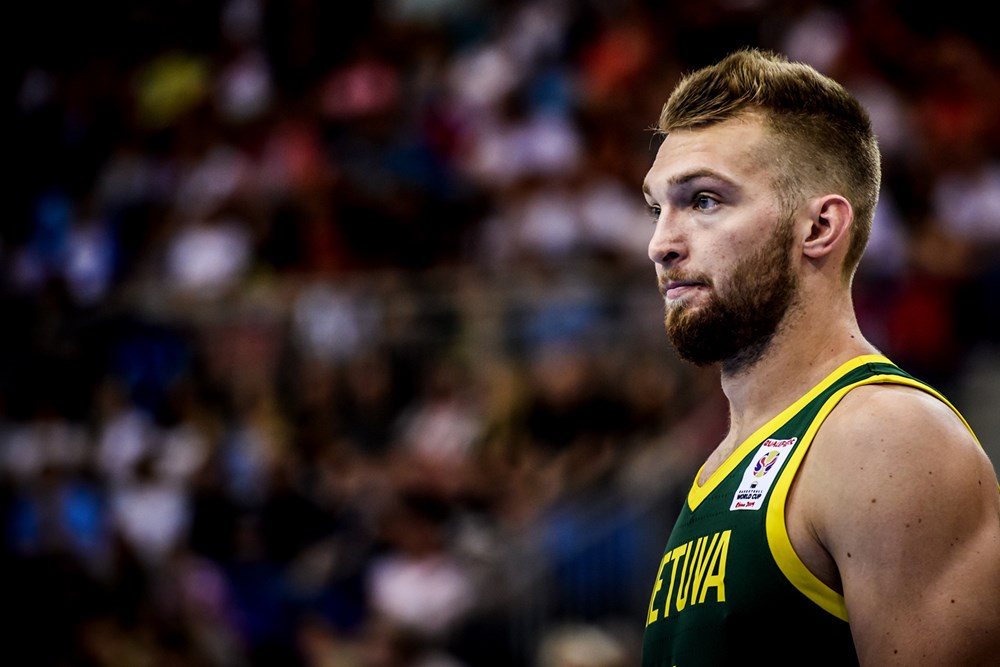 High performance sports rarely allow for a balance between the time and dedication they require versus the demands of higher level education. In most cases, athletes are forced to choose and it’s only years later, when they are already settled down in elite sporting company, that they pick the books up again. The intensity of practice sessions and a life dedicated to fight for the dream of living off their passion has a high cost in terms of opportunities: it essentially obliges young athletes to sign a lifelong mortgage.

Spanish education is no better in providing a conciliation between the life of an athlete and student life. The system is based on putting endless hours in classrooms, only to sit down for even more and memorize information like a robot. In Spain, where it is already difficult to work and study and at the same time, there are not enough hours in a day to study and attempt to become a professional in any sport at the same time. It’s not a metaphor: it’s literal.

This is one of the factors that have resulted into the current brain drain in Spanish sports towards the US, a phenomenon that does not only occur in basketball. The economic crisis, the cuts in public education, the lack of scholarships and the impossibility of reconciling academic and athletic careers have forced athletes to look for alternative options. This is also where American universities have excelled in expanding their networks and in scouting foreign athletes.

This 2018-2019 season there was 10 male and 69 female athletes from Spain in NCAA division 1, a trend that seems to grow every year as more Spanish players move overseas to US universities. Now, how many of them will make it to professional basketball? Sebas Saiz has been the first player to reach the Liga Endesa after playing in the NCAA since Rafa Vidaurreta (2001). 16 years have passed since then. In those years, Pau Gasol made it to the NBA, Spain won the FIBA Basketball World Cup and two silver Olympic medals, and the national team is already looking to a new generation of players.

Among those young Spanish projects we find the previously mentioned Sebas, and also Francis Alonso, who will graduate this year at North Carolina-Greensboro. Both of them are seeking to follow Vidaurreta’s path in breaking that invisible barrier in Spanish men’s basketball. And we need to explain that it is “men’s” basketball, because women’s basketball is quite a different case, and it deserves to be dealt with independently to give the attention it deserves.

But why has the NCAA become more attractive to young Spaniards? Why is it becoming a more pronounced tendency? Firstly, many players receive scholarships and, even in the case of not becoming professionals, at least they will come out with a diploma under their hand and an alternative future assured for them. That is the key to understand this exodus. Spanish professional sports demand young talents to leave everything for their hoop dreams – to jump into the void without even making sure they have a parachute.

Many of them leave their studies and even their families and hometown in their moving towards other cities at an increasingly earlier age. They leave everything behind with that dim aim of living off the sport they love, without really knowing whether they will succeed. In the US, atleast, they go on with their academic training. Of course the university league is not the solution, but rather a patch, a way of escape which must force Spanish basketball to reflect on its training scheme. The medals achieved every summer will silence the debate, but the brain-drain towards the US is the first symptom. In this article we present some of the cases.

Later he would enrol in the prestigious university of UCLA, even though he did not receive a scholarship as Saiz did. Adrià attended practice sessions with the NCAA team, but eventually he returned to Spain, where he had found opportunities with teams in lower divisions. After a couple seasons in which he barely got minutes, he decided to hang up his basketball sneakers so that he could focus on his studies in Business Management.

If we continue with those illustrious surnames and stories that flow in diverse ways, we find another parallel in Domantas Sabonis. The son of the Lithuanian legend decided to leave Unicaja de Málaga’s team for US university competition. He did it at a time when he was just starting to get minutes and a more important role in the first team – quite a risky bet.

Sebas, Adrià and Domas have followed different paths. If we have chosen these three examples it has been, precisely, because they illustrate the three possible outcomes of emigrating to the NCAA as a Spanish (or European) player. Sabonis was selected in the Draft and he is now in the NBA making his case for the Most Improved Player and 6th Man awards each year. Sebas, instead, was not selected, but he managed to come back to his home country and to start his career in the ACB. As a counterpoint, Adrià was put in a position where he decided to end his professional career as a basketball player.

Regardless of their future, the three of them share an experience that goes beyond the sporting dimension. Other players had undertaken the same path in the past, but none had reached the level of media attention that they had during their years in the NCAA.

The first example in men’s basketball is found in 2001 – Rafa Vidaurreta. His case is, most likely, the closest to Sebas Saiz’s. Vidaurreta left for New Hampton School in 1995 – when Sebas was only one year old – in an attempt to win a scholarship for an American university.

He would achieve it in 1997 with Wake Forest. This was a team praised at the time for its star player – Tim Duncan. Unfortunately, Vidaurreta never got to play with Duncan, since that was also the year he was selected by the San Antonio Spurs. As with Rafa, Saiz also attended an American High School, the Sunrise Christian Academy, before winning his scholarship to Mississippi State.

They are both centers, they completed their full academic cycle, and upon their return to Spain they signed up for Estudiantes. There are plenty of coincidences. However, their careers fork dramatically after their return to the club, Estudiantes. Vidaurreta played for Estudiantes in his first five seasons as a professional, while Saiz, despite the qualified offer from the club, never actually made his debut with them. Before that could happen, Real Madrid paid the 100.000 euros release clause and loaned him to San Pablo Burgos in 2017.

Both truly constitute an anomaly in Spanish basketball. Saiz’s career is still waiting to be written. Vidaurreta’s one ended where it began, at Estudiantes, after some years lurching around the ACB league, hampered by multiple injuries.

FROM JORGE BILBAO TO FRANCIS ALONSO: A NEW ERA

Up to now we have left two other names unsaid so that we could analyse their cases in another section. They are Jorge Bilbao and Aitor Zubizarreta – both of which are Spaniards who at the moment have professional contracts with Legia (Poland) and Palencia (LEB Oro, Spain). Jorge Bilbao signed his first contract as a professional player with the Polish club; although a shoulder injury derailed his progression last season and has kept him standing still for the past few months. The Bilbao Basket club of his hometown grew interested in him during the summer, but the negotiations did not yield results.

Aitor Zubizarreta, trained with the Portland Pilots, did sign up with Bilbao’s club, although he never made his debut. Zubizarreta only got to make use of the team’s jersey in the practice sessions. Bilbao Basket loaned him to their affiliated team in LEB Oro, the Iraurgi, although Zubizarreta combined sessions between both the first and the second team. This season, due to Bilbao Basket’s delicate economic situation, he broke off his contract with the club, but stayed at the LEB Oro, now signing for Palencia. In his new team he averages 6.6 points and 2.5 assists in 20 minutes.

They are two dissimilar cases of players who returned to Europe to try to make themselves a place within the elite of basketball. Neither arrived with the cachet or talent of Sebas Saiz, but they are managing to settle themselves in a top level competition – which as we’ve seen is unpredictable for those who return from the NCAA.

His case is similar to Sebas Saiz’s. Following the collective agreement of the Asociación de Balonestistas Profesionales’ (the Spanish Basketball Players Association, the ABP, given its initials in Spanish), the club where he was raised as a player before going to the US can present a qualified offer to secure their federative rights in Europe. This clause is commonly known in Spain as preferential rights. Estudiantes had Sebas’ rights – in the same way Unicaja has Alonso’s. This means that the Malaguenian club will present an offer for Francis and, if another teams wants to sign him up, will have to negotiate first with Unicaja.

Of course, Alonso is not the only Spaniard to attract the attention of Spanish talent scouts. For the first time, when ACB clubs look at the US, they see beyond the NBA – a signal of something that is changing in the development of players. For years now, more and more NCAA talents who do not manage to find a position in the NBA are looking at Europe as they preferred destination.

The tendency now is to repatriate those talents who emigrated because of the lack of opportunities in the first stages of their development as players. Pioneers such as Vidaurreta, Saiz or Sabonis demonstrated that emigrating does not necessarily penalize their careers: it is an alternative path worth considering. Now, players such as Francis Alonso will continue with their legacy as they persist in their will to open new frontiers for Spanish basketball.

And what does this trend mean for the Spanish National Team? Having players exposed to wider styles of playing, strategies and experiences can only be a positive. From the contributions of Saiz to Spanish qualification to the FIBA Basketball World Cup, to those yet to be made by future players. As the national team increasingly looks to a new generation as its golden generation slips closer to the end, it will increasingly find players both domestically and abroad that not only have the experience of playing within the Spanish club setup, but have grown both personally and as players through their cultural experience.