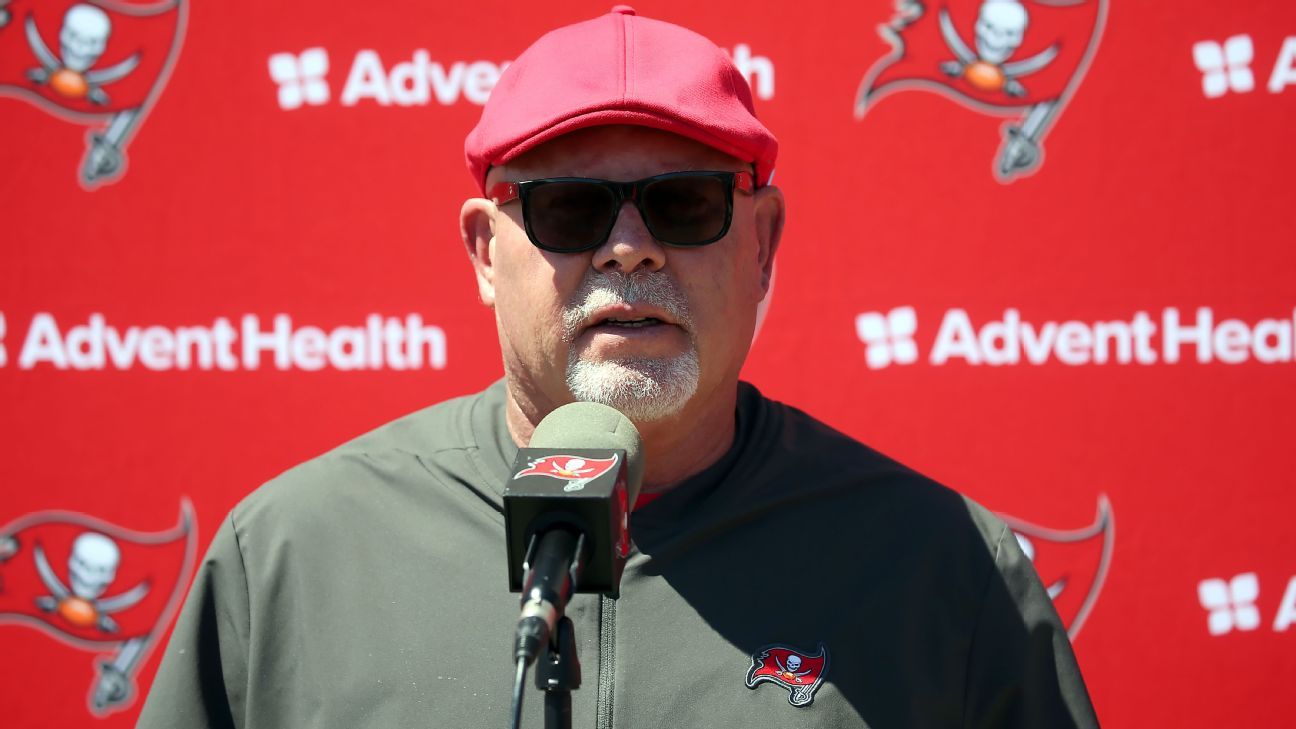 Tampa Bay Buccaneers coach Bruce Arians is not at all happy about his team’s 2019 regular-season schedule that was released last week, so much so that he reached out to the NFL league office to voice his displeasure.

The Bucs will go seven straight weeks without a home game, with two West Coast trips and a trip to London in that span. They’ll face the Los Angeles Chargers in Week 4, New Orleans Saints in Week 5 and Carolina Panthers in Week 6 (in London). After a bye week, they’ll play at the Tennessee Titans in Week 8 and at the Seattle Seahawks in Week 9.

“Am I happy about it? Hell, no,” Arians told reporters Tuesday. “I think it’s ridiculous, and I voiced my opinion to the people in New York.”

This comes on the heels of Mike North, the NFL’s senior director of broadcast planning and scheduling, telling Sirius XM NFL Radio hosts Alex Marvez and Gil Brandt that he wishes he could redo the Bucs’ schedule.

“If we had to do-over, if we had a redo, I’d love to take another shot at that Tampa Bay schedule,” North said. “I’m not sure that’s really fair to their fans. I’m hopeful that we didn’t do something to the Buccaneers that they feel like was really unfair.”

A big reason the Bucs are gone for so long is because the London game is considered a home game, despite not being played at Raymond James Stadium. A stipulation for Tampa’s being awarded the Super Bowl in 2021 was that the Bucs would give up a home game to play internationally, team sources told ESPN.

“They didn’t do us any favors,” Arians said. “Make it a chip on your shoulder and just say, ‘Hey, this is what it is. This is the schedule. We’ll show up, and we’ll play.'”

Quarterback Jameis Winston is trying to see the positives.

“We are going to play ball. Like I said, we get a great opportunity to go out there and showcase our ability,” Winston said. “We don’t care. It doesn’t matter if we are in the Walmart parking lot. We’ve got to play. That is our job.”