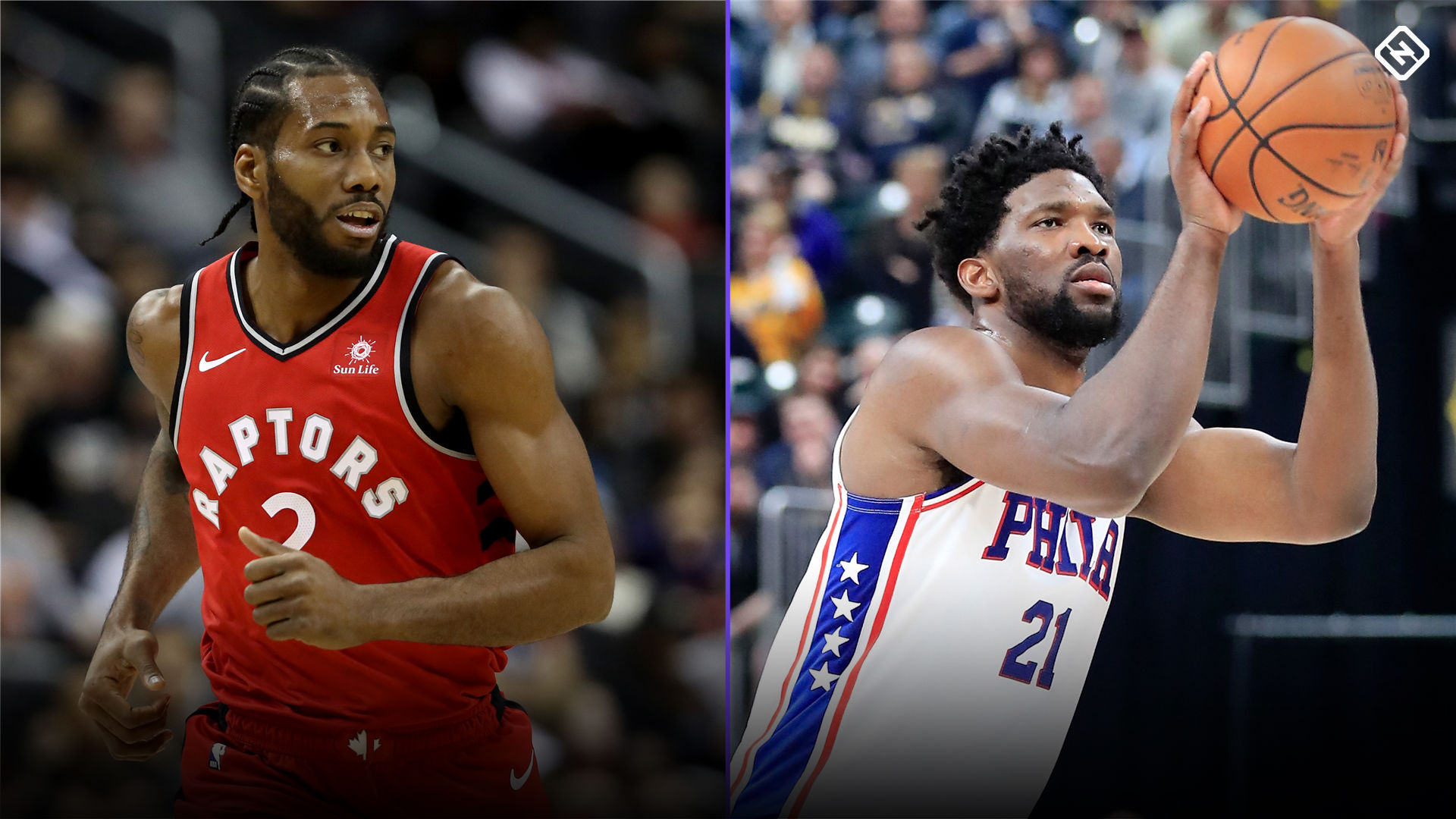 76ers vs. Raptors: The backstory

These teams share a common thread, having invested heavily in the success of this season and setting up a potentially turbulent summer if they fall flat. Only one is getting to the conference finals, which means the other is looking at some tough decisions.

The Raptors traded for Kawhi Leonard last offseason, a risky play for a Southern California guy who has said he wants to return to the warm weather and is heading into free agency. But the Raptors have gotten what they wanted out of Leonard, and after a regular season in which his minutes were carefully managed, he is being unleashed in the playoffs and looking like the Leonard who established himself as arguably the best two-way player in the league.

The Sixers put together a stocked starting five over the course of the year, adding Jimmy Butler in November and Tobias Harris in February. Both players can be free agents this summer, and the Sixers gave up Robert Covington, Dario Saric, rookie Landry Shamet, a first-rounder in 2020, Miami’s first-rounder in 2021 and two second-rounders (among others) to acquire those players.

There’s also some recent history of playoff disappointment in this series, though a much longer legacy for the Raptors than the Sixers. Philly had a clear shot to make the conference finals last season facing a shorthanded Boston squad, but the Sixers were picked apart by the Celtics and head into this year’s second round looking to make amends.

For the Raptors, the disappointment runs deep. Last year’s team set a franchise record for wins (59-23) after overhauling its offense in an attempt to make itself more playoff-ready. Yet when faced with a big test in the second round, the Raps got themselves swept by the Cavaliers. That just piled onto a history of postseason bummers. The team was swept by the Cavs in the second round in 2017, lost the conference finals in 2016, was swept in the first round in 2015 and lost in the first round as a No. 3 seed in 2014.

There’s a lot at stake here, then, for both teams’ past and future.

76ers vs. Raptors: The key player

There are so many reasons that this series will revolve around Sixers center Joel Embiid, beginning with his health. Embiid has not been 100 percent, as he has struggled through a knee injury in recent weeks. He missed the entirety of Game 3 of the first-round series against the Nets. But there were times he looked dominant, such as Game 4: 31 points, 12-for-22 shooting, 16 rebounds, seven assists and six blocks. It was a masterpiece.

The rest will help Embiid, but we still can’t be sure whether he is 100 percent from night to night, and that could be an issue because the Raptors have two guys who have matched up pretty well against Embiid this season. Serge Ibaka is not the player he once was, and is not nearly as strong as Embiid, but he still has the savvy to get Embiid out of his comfort zones. During the season, Ibaka faced Embiid on 35.7 possessions per game in three games and held him to 42.4 percent shooting.

New Raptors center Marc Gasol, too, was brought into Toronto in part for his ability to handle Embiid. Gasol does have the strength to match up with Embiid, and in two games (54.0 possessions per game), Gasol held Embiid to just 33.3 percent shooting.

Pace will also be a factor. The Sixers tend to slow things down when Embiid is on the floor, but that plays into the Raptors’ hands – Toronto wants to get into the half court more than the Sixers do.

Embiid has shown he can be an elite talent, but the Raptors have also shown they have a the personnel to slow him down.

76ers vs. Raptors: The big number

28.6. Kawhi Leonard is Mr. Consistency for the Raptors, but the wild card of the bunch has been Pascal Siakam, whose regular-season numbers (16.9 points, 6.9 rebounds, 3.1 assists) made him a favorite for Most Improved Player.

Siakam has not been that wild of a card in the playoffs so far. He’s been stellar. His lowest output came in Game 4, when he had 16 points but did so on a very respectable 7-for-14 shooting. In the Raptors’ first-round closeout, Siakam had 24 points on 8-for-16 shooting, the fifth straight game of 50.0 percent shooting or better.

Siakam will be a handful for whomever guards him, whether it is Ben Simmons, Jimmy Butler or Tobias Harris. During the regular season, the Sixers did not allow Siakam to shoot well from the 3-point line (2-for-13) but he did shoot 51.9 percent overall.

The most promising stat for the Sixers, though, is that Tobias Harris did well in two games against Siakam this season, covering him on 28 possessions. In those possessions, Siakam managed only 28.6 percent shooting.

Getting Philadelphia into pick-and-rolls was one area in which the Nets had success in the opening round, and just how much the Raptors will turn to the play will be something to watch in this series. Part of the transformation of Toronto in recent years, after all, has been minimizing the reliance on pick-and-rolls, but it might suit the Raptors to lean on that call more often.

Toronto primarily runs the play with Kyle Lowry and Kawhi Leonard, who is one of the more effective pick-and-roll ball handlers in the league. The Raptors ran the play only 15 percent of the time in regular season, which was 23rd, and got 0.87 points per possession from it.

Defensively, Philadelphia allowed 0.88 points per possession on pick-and-rolls with the ball handler, which ranked 19th in the league. The Nets did their best to take advantage of that. Perhaps the Raptors will change course and do the same.

NBA PLAYOFFS 2019:
Full schedule | Picks from first round to Finals

76ers vs. Raptors: The prediction

The front five of the Sixers has been stellar, but the Raptors’ starters have been great, too. Toronto has slightly better pieces on the bench, but this series is mostly won among the stars.

And with Gasol in the middle on Embiid, Embiid not 100 percent and Toronto able to lean on Leonard to carry the Raptors on both ends of the floor, it is hard to see how the Sixers escape with a win in this series.

Toronto is too good, too deep and too well-constructed to lose to this Sixers bunch and its mashed-together talent.