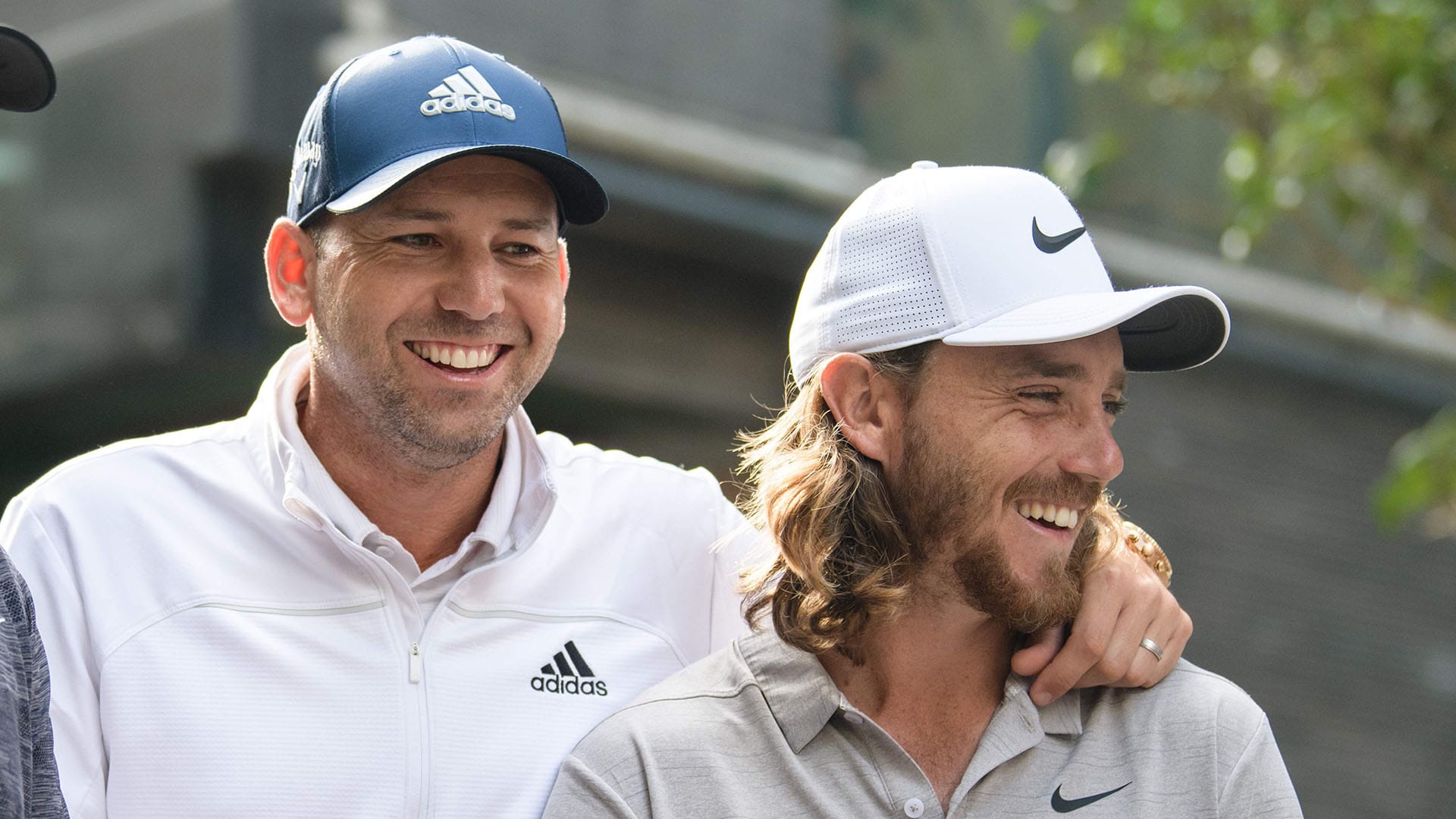 AVONDALE, La. – For the third year in a row, PGA Tour players are teaming up at TPC Louisiana.

The Zurich Classic has thrived since its makeover, offering fans a nice changeup from the Tour’s usual week-to-week look with multiple formats, walkup music and more.

For those who need a reminder, the 72-hole event will feature a four-ball format on Thursday and Saturday, and foursomes on Friday and Sunday. After 36 holes, the 80-team field will be cut down to the low 35 teams and ties.

No world-ranking points are given out, but the Tour will award FedExCup points, with the winning team splitting 800 points while also securing a pair of two-year exemptions.

“There’s like a lot to gain from [playing this event], and not really much to lose,” said Tommy Fleetwood, who will team up with Sergio Garcia.

The Fleetwood-Garcia pairing is among several intriguing duos this week in the Big Easy. Here are eight to keep an eye on:

The All-Aussie pairing has plenty of star power and name recognition. But this one will be interesting to watch considering Day’s health in recent months. He withdrew from Bay Hill with a back injury and then was seen getting worked on by a trainer just one hole into his Masters. However, Day did tie for fifth in Augusta, and if he can avoid any setbacks, his putting will pair nicely with Zurich debutant Scott in foursomes. This duo won the 2013 World Cup, so they know how to get the job done together.

Team Zurich was all smiles in the press tent on Tuesday. Asked when the first time they met was, Fleetwood asked for clarification: “When we first kissed?” Jokes aside, this pairing should produce as both players are stellar ballstrikers. Fleetwood hasn’t missed a cut since last summer’s French Open and he’s got two top 5s in the past two months. Garcia has four top 10s this year, though he’s also dealt with quite a bit of controversy. Maybe Fleetwood’s soothing personality will bring out the best in Garcia.

Team Patrick tied for seventh here a year ago. Reed was fresh off a Masters win last year. This time around, it’s Cantlay who is riding the hot hand. He’s coming off a 64-68 weekend at Augusta National, where he was T-9, and a T-3 at the RBC Heritage. Reed has missed just one cut since the PGA, but he also has not come in the top 10 once in 11 starts this year. According to the OWGR, this is the top-ranked pair with an average world ranking of 18.5.

One half of the Bash Bros. teams up again with his actual bro. The two tied for fifth at the 2017 Zurich Classic. Koepka played last year with Marc Turnesa as he returned from a four-month injury absence. This will be the younger Koepka’s first start in nearly five months. He made seven of 22 cuts on the European Tour last season and is currently ranked No. 924 in the world.

This will be the one time that the sequel to “Holmes and Watson” is any good. The two mashers tied for fifth last year at Zurich, and Watson is a past winner of this event in its stroke-play days. Holmes won the Genesis Open earlier this year while Watson has two T-4s this season, at Phoenix and Valspar.

At first glance this may seem like a pairing of Englishmen, one veteran and one newbie. But Poulter has been a mentor to Horsfield for years as Horsfield grew up in Davenport, Fla., near Poulter’s home in Lake Nona. In fact, when Horsfield was 13 years old, he beat Poulter in a nine-hole match. At the time, Poulter was a top-10 player in the world and already an established Ryder Cup contributor. Horsfield, of course, went on to star as a high schooler and then won the Phil Mickelson Award as a freshman at Florida. Now, Horsfield plays on the European Tour and is ranked 191st in the world.

The two former college standouts have been talking about playing this event together for more than a year. Champ is super long, we know, but Burns has got some pop, as well, and is coming off a week in which he finished ninth at Harbour Town. Champ has missed four straight weekends as he’s battled a back injury. But he took five weeks off before returning at the RBC Heritage and is anxious to regain some momentum. A healthy Champ and the putting of Burns could equal a strong performance this week. Burns could use some extra cash considering he popped the question the longtime girlfriend, Caroline Campbell, last week and is planning to get married this December.

While this week will feature several teams comprised of Presidents Cup hopefuls on the International side, Els and his assistant captain Immelman will stick the tee in the ground themselves. Els is coming off a missed cut at Harbour Town, but he has made 15 of his past 19 worldwide cuts. Immelman is two weeks removed from making the cut at the Masters.