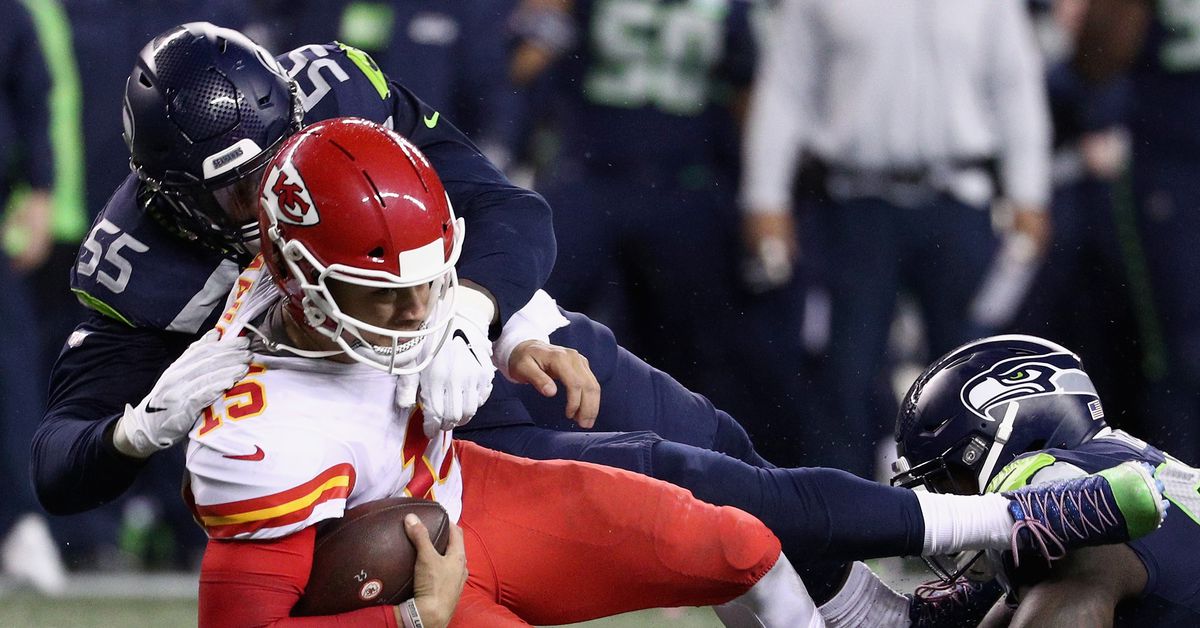 The Chiefs are going all-in for 2019 after acquiring Frank Clark from the Seahawks in exchange for this year’s first-round pick, a 2020 second-round pick, and a swap of 2019 third-round picks. In addition, the Chiefs signed Clark to a massive extension, reportedly worth $105.5 million, which is more than the one the Cowboys recently gave pass rusher DeMarcus Lawrence.

That’s a hefty price to pay but it’s 100 percent worth it for the Chiefs. Let me tell you why.

There are three models of winning: Be the Patriots, pony up for free agents to build around your young star players (like the Broncos in 2015), or add talent around a young quarterback still on his rookie contract.

If Mahomes were to hit the open market right now, he’d get a contract worth more than $40 million per season. The Chiefs don’t need to give him an extension for three more seasons, although his fifth-year option would be expensive and it would be cheaper to sign him earlier. So they are building around him.

They have Travis Kelce, Tyreek Hill, Sammy Watkins, and a few running backs as offensive weapons. They have three highly paid offensive linemen. Their offense, which was good enough to win a Super Bowl last season, is set.

Their defense, though, is not good enough.

The Chiefs have taken steps to fix their defense this offseason

Since Kansas City’s AFC Championship loss to the Patriots, the defense has undergone several changes. Out goes Bob Sutton and in comes Steve Spagnuolo to run the defense. Spags runs a 4-3 defense that relies on its defensive linemen, including the defensive ends, to be well-rounded players. The Chiefs thought Dee Ford didn’t fit that mold, so they traded him to the 49ers.

The Chiefs also signed Alex Okafor on the cheap, but they still lacked another pass rusher. Enter Clark.

I spoke with multiple people I trust — including a few in Seattle, plus some guys who’ve played against Clark — and they all agree Clark is an upgrade over Ford. Clark is firmly in that second tier of pass rushers, among the likes of Lawrence, Melvin Ingram, and Myles Garrett. Yes, the Chiefs paid a large price for Clark, but that’s the cost of doing business.

Had the Chiefs gone with a pass rusher with the No. 29 pick in the draft, they wouldn’t have found anyone close to Clark’s ability. A second-rounder in 2020 is important, but they’d rather see the production now.

The Chiefs’ defensive line now has Clark, Okafor, and Breeland Speaks to rush on the outside and Chris Jones to wreck shop inside. Add in the signing of safety Tyrann Mathieu, who can make plays in the back end, and I think the Chiefs are on their way to building a defense that can win a Super Bowl.

For more on my thoughts about this trade, tune in to my Periscope down below: