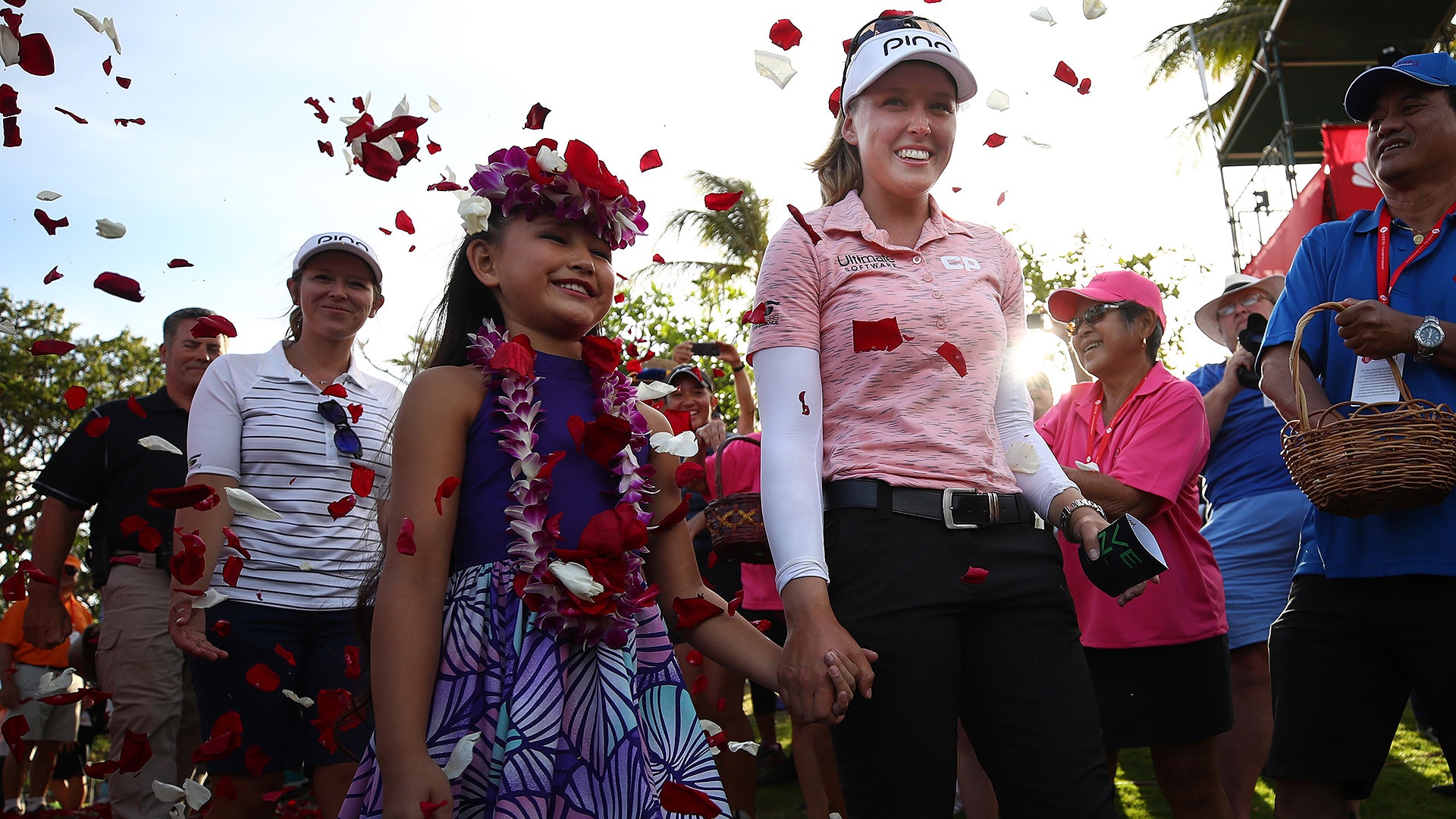 Each week on GolfChannel.com, we’ll examine which players’ stocks and trends are rising and falling in the world of golf.

Brooke Henderson (+9%): Ripping driver off the deck, knocking down flags, chasing in putts – all with the lead on the back nine! If the 21-year-old isn’t the most fun player to watch on the LPGA, then we don’t know who is.

C.T. Pan (+6%): The former decorated amateur snapped a months-long streak of middling play with a gritty, out-of-nowhere win at the Heritage. That there’s still room on Tour for short hitters should be celebrated, not disregarded.

Matt Kuchar (+5%): Not sure we’re ready to live in a world in which the smiling assassin is a legit Player of the Year contender, but his runner-up at the Heritage was his fourth top-2 finish of the season. Not many players have performed as consistently well as Kooch.

Wake Forest women’s team (+2%): Just two years ago, the head women’s coach was sifting through the university’s club team, because her roster was so depleted. Now, led by Jennifer Kupcho and Emilia Migliaccio, the Demon Deacons roll into the NCAA postseason as the hottest team in college golf and a serious national-title contender.

Vijay (+1%): Not known as the friendliest fella, and not exactly a putting savant, Singh still gave an impromptu lesson to Lanto Griffin when he spied him recently at TPC Sawgrass … and Griffin used to knowledge to win in a playoff last week on the Web.com Tour. Good stuff.

Ian Poulter (-1%): That’s three weekend slides in a row for the Englishman, whose Sunday 73 sank his final-round scoring average to – gulp – 171st on Tour.

DJ (-2%): A 56-percent conversion rate with the 54-hole lead (5 of 9) isn’t what you’d expect from a player with Johnson’s skill set, but add another loss after his Sunday meltdown at Harbour Town. It’s amazing how good – and how bad – he can look while out in front.

Big Wiesy (-3%): She missed the cut in her home state of Hawaii, firing consecutive rounds of 77 while showing visible signs of discomfort in her surgically repaired right wrist. There is no reason for her to play right now. None. Shut it down.

Zurich (-4%): Looking at the weaker field, the allure of the new format (and entrance music!) has worn off, and the Tour’s New Orleans-area stop is in dire need of a venue change. This is always going to be an unattractive spot on the schedule, but the Tour might need to pump in new ideas to keep this event interesting.

Heritage front-runners (-6%): This is officially a thing now: Seven straight years the Heritage has been won by a player who trailed by multiple shots heading into the final round. Tight fairways, small greens and a steady breeze is a recipe for a blown lead? Imagine that.