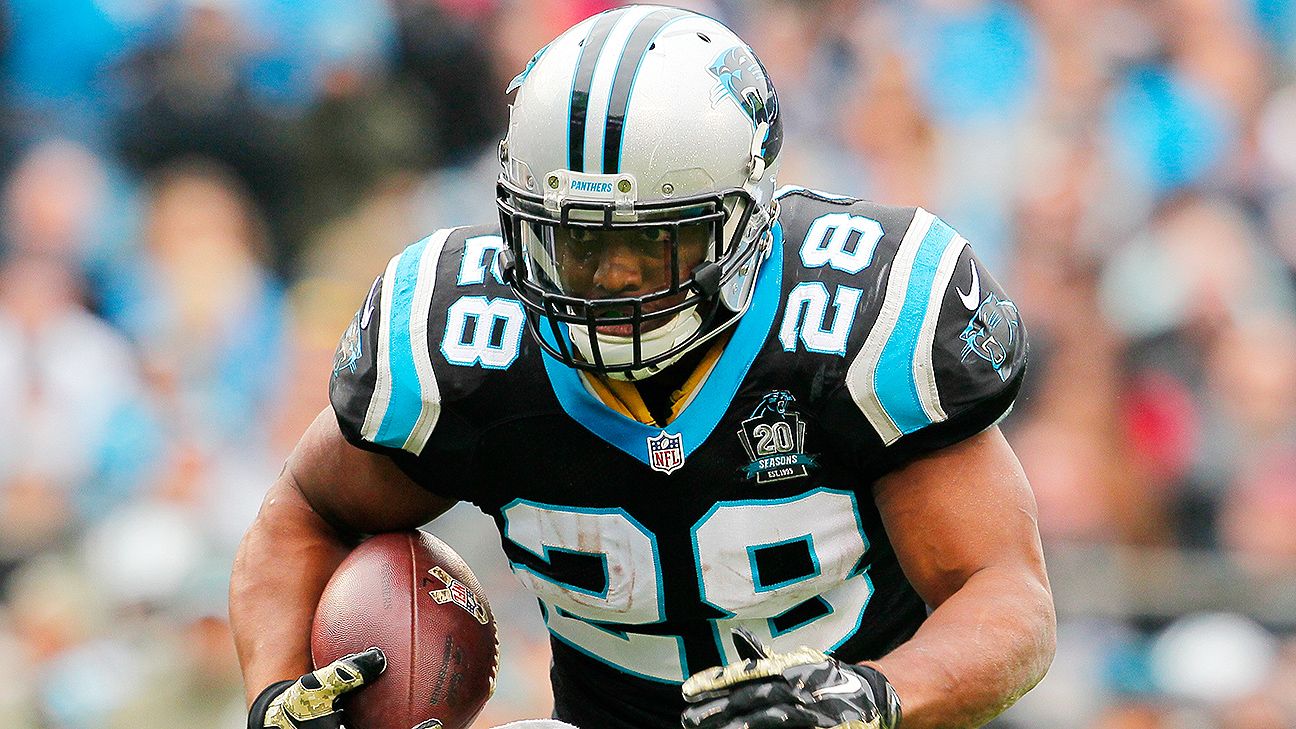 CHARLOTTE, N.C. — The Carolina Panthers signed running back Jonathan Stewart, their leading career rusher, to a one-day contract Tuesday so he could retire as a member of the team that selected him in the first round of the 2008 NFL draft.

Stewart was released after the 2017 season when the Panthers opted to build the offense around Christian McCaffrey, the eighth pick of the 2017 draft. McCaffrey went on to play 91.3 percent of the snaps this past season and set an NFL single-season record for a running back with 107 catches for 867 yards in addition to rushing for 1,098 yards.

Stewart spent the 2018 season with the New York Giants after signing a two-year, $6.9 million deal. A foot injury limited him to three games with six rushes for 17 yards before he was placed on injured reserve.

The Giants declined the option on Stewart after the season, making him a free agent.

Stewart spent 10 seasons with Carolina, which made him the 13th pick of the 2008 draft. He rushed for a team career-record 7,318 yards with 51 touchdowns.