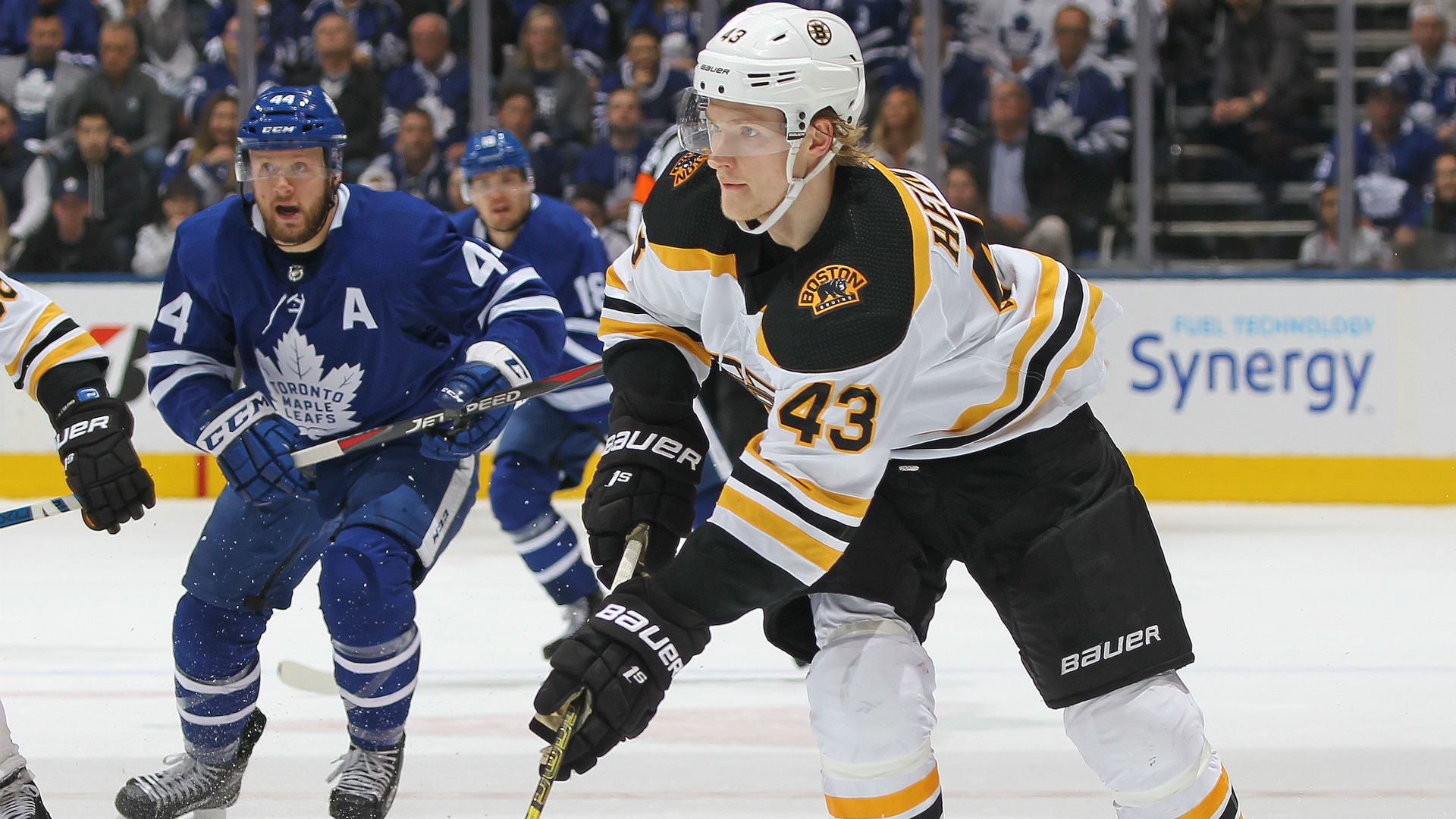 The number is 56 percent.

That was the probability of the Toronto Maple Leafs advancing past the Boston Bruins entering Sunday’s Game 6. That number reflects the Maple Leafs’ proficiency killing penalties through the first six games of their Eastern Conference first-round series.

Of all the areas the Maple Leafs have improved since they met the Bruins in last year’s Stanley Cup Playoffs, killing penalties is not one of them. It needs to be better and the Maple Leafs know it. Otherwise, the probability of winning after Game 7 might as well be zero percent.

“Just pressure,” forward Mitch Marner, who has averaged 2:11 of shorthanded ice time in the playoffs, said on Monday when asked what needs to change. “We gave them too much time and space last game on the power play.”

It was the difference between a win and a ticket to the second to face the Columbus Blue Jackets or facing the Bruins in a Game 7 for the second straight year.

The Maple Leafs looked strong through the first ten minutes of Game 6. They hit a goal post and put one through the legs of Bruins goalie Tuukka Rask, which ended up sliding just by the post before Morgan Rielly opened the scoring at 9:42. But then Tyler Ennis took a holding penalty on the next shift, which led to Brad Marchand’s game-tying goal. Minutes later, Travis Dermott took a tripping penalty, which led to Torey Krug’s go-ahead goal at 15:36. Toronto chased Boston the rest of the way.

“Well we can’t let it go in,” coach Mike Babcock said of what changes are needed to kill penalties. “I think the biggest thing when it goes bad on you is you get passive instead of just hitting the gas and going and putting pressure on them. The one goal (from Marchand) was off a faceoff right away, it bounced to him but it gets you on your heels and then we were passive on the next one (Krug’s goal). They’ve got good players, let’s not be passive, let’s go after them. I thought we had a real good game on the penalty kill last time in Boston, we plan on doing the same.”

Babcock is right as Toronto had arguably its best performance shorthanded of the series in Game 5 at Boston. The Maple Leafs went 3-for-3 while allowing just five shots. Unlike Game 5, when the Maple Leafs forced the issue, they sat back and let the Bruins work the puck around in Game 6.

That is a recipe for failure.

“The one goal (from Marchand) hit off Ron (Hainsey) in front, kind of just got an unlucky bounce there and the other one went through Hyman’s legs twice so that’s something that will happen in a game,” Marner said. “There’s going to be a lot of mental changes, ups and downs. But for Game 7, we have to make sure we bring the pressure. We can’t give them time to set up, their guys can make plays, they’ve got a lot of skill on their power play unit and a lot of plays drawn up and ready to go.”

One year ago, the Maple Leafs struggled with penalty killing against the Bruins, allowing seven goals in 21 shorthanded instances. An argument could be made that if it had not been for the struggles while shorthanded in Games 4 and 6, Toronto would have advanced by now.

According to analytics expert Mike Kelly of The Point Hockey, the Bruins are 9-for-9 on power play entries that feature a neutral zone drop pass during the series. The Maple Leafs, according to Kelly, were in the top five in the NHL in denying clean entries on the power play during the regular season – so that is clearly a battle the Bruins are winning.

Just how bad is the @MapleLeafs playoff PK?
There have been 26 different teams in the playoffs over the last 3 seasons.
The Leafs PK ranks 26th, that’s dead last at just 64.8%.@TSNHockey

No player has spent more time on the ice shorthanded in the playoffs for the Maple Leafs than Ron Hainsey. He agreed that the first order of business would be to improve their disruption of the Bruins entries. Once Boston gets set up, Hainsey said they are playing with fire.

“Keeping them out of the zone is the best way to stop them because once they get in there… we did a great job limiting some of the stuff they were looking for yesterday and they still scored two in the first period,” Hainsey said. “One was off a broken play, back door off a rebound and another one off the draw but you’re in your zone long enough against great players like this, sometimes they go in.”

Another area that needs to improve is defensive zone faceoffs while shorthanded. Patrice Bergeron went 4-for-4 in Game 6, winning three against Zach Hyman and one against Frederik Gauthier.

“We’re at our best when we’re winning the draw, getting the puck out and keeping them from getting set up because when they get set up, they have the ability to put the puck in the net there’s no question about that,” Hainsey said.