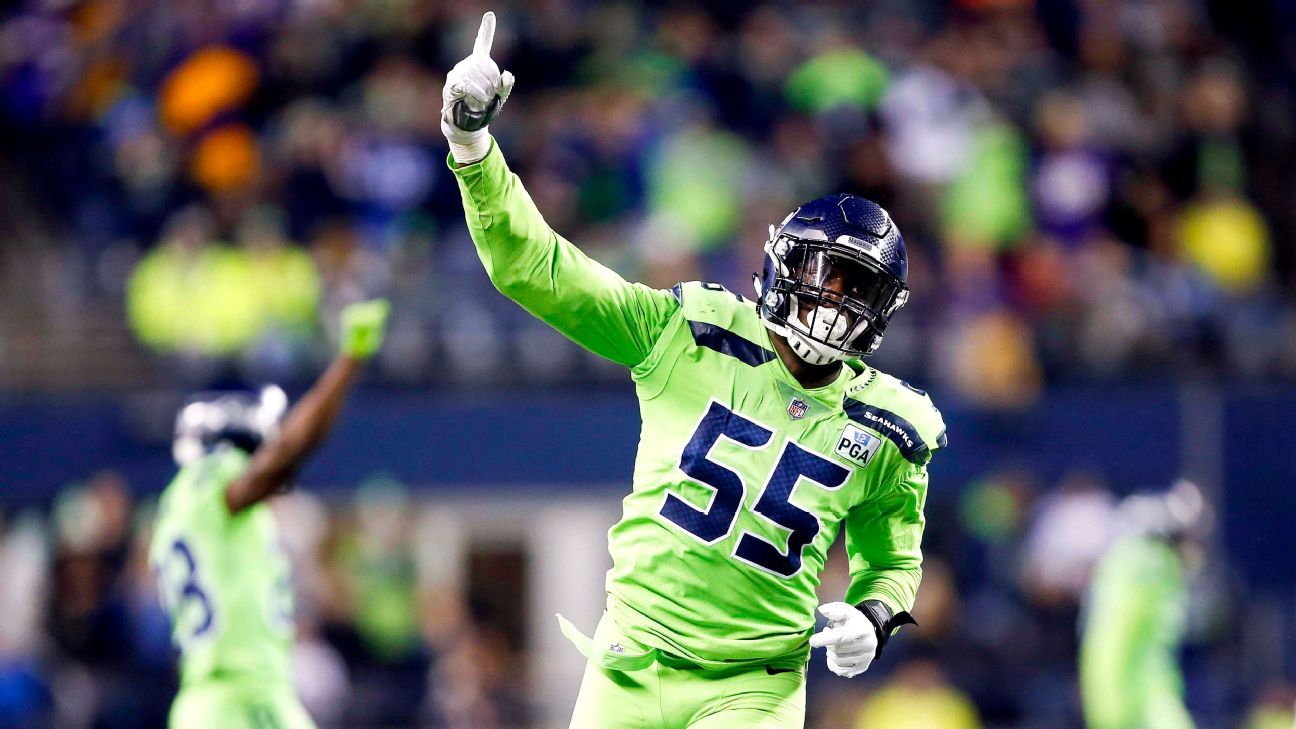 If there was any doubt that the Kansas City Chiefs were going for it in 2019 — and as recently as a few weeks ago, there had to be — they erased it on Tuesday with yet another bold move.

The Chiefs traded with the Seattle Seahawks for defensive end Frank Clark. On the surface, Clark might look like just the replacement for one of their recently departed pass-rushers, Justin Houston and Dee Ford.

Dig deeper and it’s easy to see why the Chiefs have realistic hopes that Clark can be the final piece that allows them to have a competent defense and to outlast the New England Patriots and their other competitors in the AFC race for the Super Bowl.

The Chiefs could have kept Houston or Ford instead of trading for Clark. But there were questions about how either, particularly Ford, would fit into their new 4-3 base defense. Houston is 30, or five years older than Clark, and since his most recent knee injury he hasn’t quite been the same player he was earlier in his career.

Clark is a more well-rounded player than Ford. He finished with 14 sacks to Ford’s 13 last season, but he can also help the Chiefs better defend the run.

Replacing Houston or Ford with Clark follows the same logic the Chiefs used in signing safety Tyrann Mathieu to essentially replace Eric Berry, who was also released. The Chiefs tried the trio of Berry, Houston and Ford and it didn’t work. All it got the Chiefs was playoff heartache.

Time isn’t on the Chiefs’ side here. They have quarterback Patrick Mahomes on a team-friendly contract for one more season, so the Clark trade is the type of deal the Chiefs probably won’t be able to make starting next year. The Chiefs signed Clark to a five-year deal that includes $63.5 million of guaranteed money, according to ESPN’s Adam Schefter.

The offseason started with the Chiefs replacing most of their defensive staff, including longtime coordinator Bob Sutton. He was replaced by Steve Spagnuolo, who changed the base defensive system from to a 4-3 from a 3-4.

Those moves, combined with the release of Houston and Berry and the trade of Ford to the San Francisco 49ers, at the time made the prospect of significant defensive improvement look dubious.

Since then, the Chiefs added five defensive starters, including Clark and Mathieu. More help is perhaps on the way. The Chiefs, even after sending their first pick to the Seahawks in the Clark trade, have two second-round choices.

The earlier moves were intriguing, making what the Chiefs are trying to do with their defense look like far less of a rebuild.

The Clark move changes everything. Their defense appears to be more talented than it’s been in years. Combined with their high-scoring offense, it looks like one capable of helping carry the Chiefs to the Super Bowl.