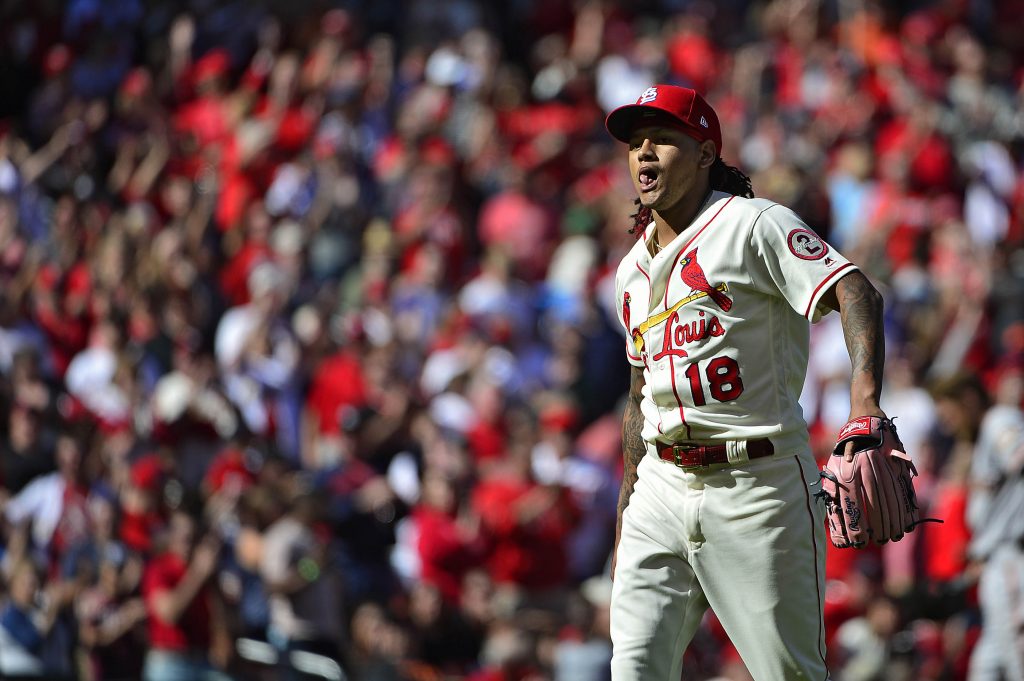 Cardinals righty Carlos Martinez is planning to work back from the injured list in a relief role, manager Mike Shildt told reporters including Mark Saxon of The Athletic (Twitter link). He’s working back to full health after experiencing shoulder weakness during camp.

This is a notable decision for an organization that has a good bit of cash invested in the 27-year-old hurler. ($11.5MM this year and at least $24MM thereafter.) But it was driven not by the club’s own preferences so much as Martinez’s feelings, according to Shildt.

That’s an interesting shift, as Martinez had made clear previously that he wished to return to the rotation. While there’s little question that Martinez’s greatest upside would be in a starting capacity, that hasn’t seemed to be a priority for the club. Even before the shoulder problems arose, there were suggestions from within the coaching staff that it may be desirable to have him in the bullpen.

Martinez has thrived in both roles for the most part, with a lifetime 3.36 ERA as a starter and 3.46 mark as a reliever. He was more effective last year from the pen, though it’s tough to draw any conclusions from such a small sample. Suffice to say that the power righty is capable of providing excellent output in any situation so long as he’s at full health.

Injury concerns have trailed Martinez of late, but he has mostly been available. He made 92 starts between 2015 and 2018 and even managed to throw 118 2/3 frames despite facing a variety of health issues last year. It seems the decision — at least for now — is that he’s likelier to be of use to the club in the near term if he limits himself to shorter outings.

It still isn’t known just when Martinez will be ready for activation, though it’ll likely come sooner given the decision to utilize him in relief. He has yet to embark upon a rehab assignment and that does not seem imminent, though the latest update on his condition was generally quite positive.

For the Cards, there’s certainly greater need in the rotation based upon the early results. Every member of the rotation is averaging over 4.5 earned runs per nine, while several pitchers are generating strong results in the relief corps. That picture could still change, of course, and there’s no doubt that Martinez will improve the relief unit quite a bit. It’ll be interesting to see just how he’s utilized — as a late-inning hurler, floating high-leverage arm, and/or multi-inning asset — once he’s back to full speed.