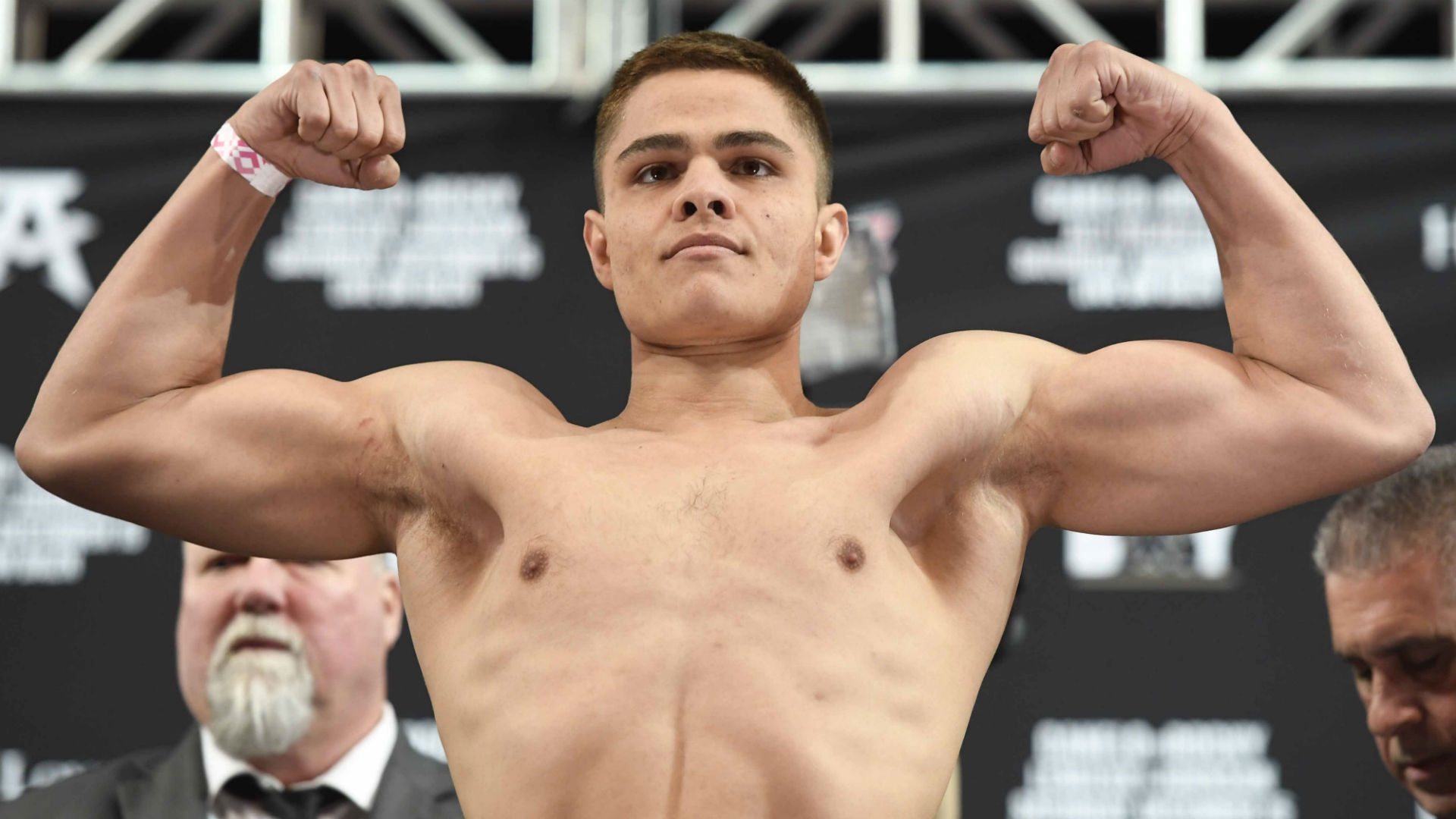 Undefeated Australian fighter Bilal Akkawy has been given the chance of a lifetime with a late-notice world title fight against John Ryder on the undercard to Saul ‘Canelo’ Alvarez’s showdown with Daniel Jacobs in Las Vegas.

Akkawy, who has been training alongside Canelo for the better part of a year, will contest the interim WBA Super-Middleweight title on the May 4 (May 5 in Australia) at T-Mobile Arena.

The 25-year-old was already preparing for a May 2 Las Vegas bout, but was drafted in to replace David Lemieux, who was injured last week.

It’s another huge step for Akkawy, who just 14 months ago was fighting for the WBA Oceania Super Middleweight title at Club Punchbowl in Western Sydney.

Since then, he’s established himself as a main sparring partner for Canelo, and has had his first three fights overseas.

His US debut was at the Hard Rock Hotel in September, just a few days before Canelo’s hugely anticipated rematch with Gennady Golovkin.

In December Akkaway earned a dominant seventh round TKO win over Victor Fonseca at Madison Square Garden, with a third victory in quick succession in Mexico last month.

Akkawy confirmed the news via his social media channels.

Ryder, 27-4, is the mandatory challenger to WBA Super-Middleweight champion Callum Smith, who will fight on the undercard to Anthony Joshua’s US debut at Madison Square Garden in June.

The 30-year-old’s most recent defeat was to Rocky Fielding in 2017. Fielding went on to lose to Canelo in December, with Akkawy featuring on the undercard.

Akkawy is currently fourth on the WBA rankings, with the winner of his bout against Ryder set to challenge Smith for the full WBA strap.