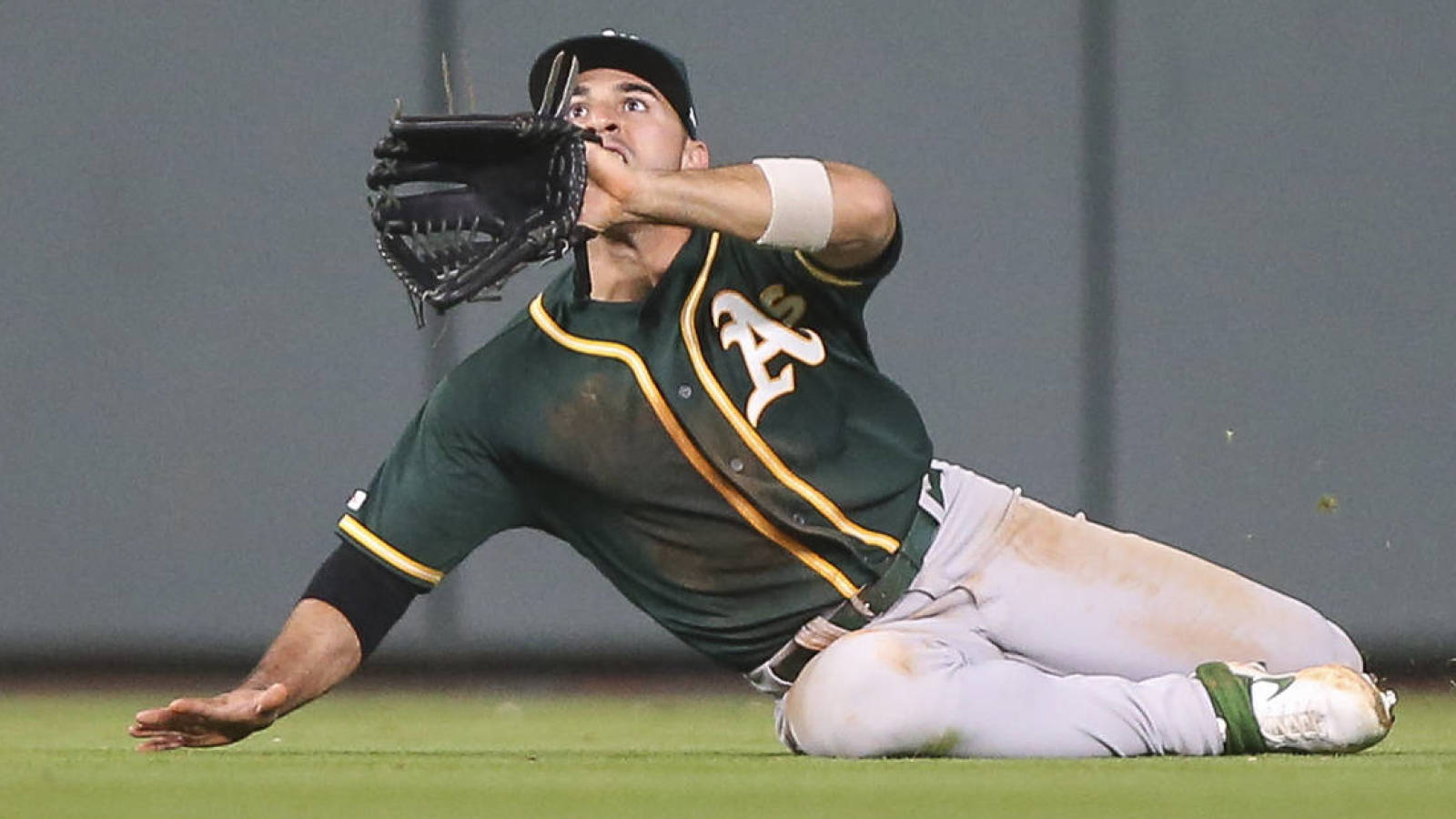 The Oakland Athletics pulled off one of the most incredible, most mind-blowing double plays we’ve ever seen during Sunday’s game against the Toronto Blue Jays.

In the top of the second inning with one man on, Teoscar Hernandez appeared to have a home run in the bag. Then Ramon Laureano leaped up and robbed Hernandez with a spectacular catch.

That’s just the start of this bonkers play, though.

Laureano threw wildly back into first base to try and pick off Justin Smoak, who ended up getting back to first then taking off again for second base after the errant throw.

Just watch how the craziest double play of the season unfolded.