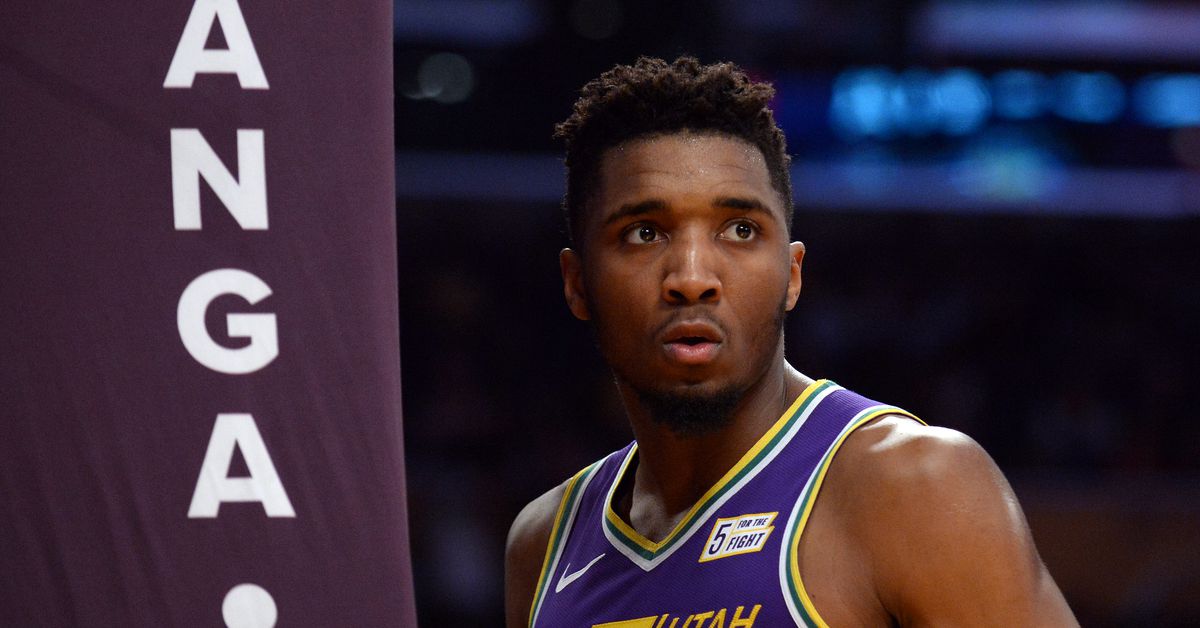 The Houston Rockets were an absolute mess on the road in Game 3 against the Utah Jazz and it didn’t matter. James Harden played one of the worst games of his career, starting 0-of-15 from the field before dunking his first field goal halfway through the fourth quarter. The team shot a putrid 38 percent from the field, and even left Donovan Mitchell wide open in the final seconds for a potential game-tying three-pointer.

It didn’t matter. Houston took a 3-0 lead, and can finish off the series for good on Monday. When the Rockets do, it’ll force the Jazz to address some tough questions about its roster.

The Jazz’s three-point Game 3 loss, despite virtually everything going in their favor, underscores the reality of what we already knew, but thought could change: Their offense isn’t good enough. The Jazz did well to land the No. 5 seed and win 50 games, but will suffer a second straight lopsided series defeat to the Rockets due to their inability to score against a locked-in playoff defense. Until the 22-year-old Mitchell is paired with another alpha, they’ll remain in this purgatory.

Had Gordon Hayward made a different decision in July 2017, we might look at the Jazz differently. His production has been honorably filled by Utah’s long-armed youth, but the sad irony is that Hayward’s exactly the kind of player Mitchell needs as a running mate.

But that’s in the past. The Jazz need to find Hayward’s successor to compete among the West’s elite.

There’s a lot to love about the Jazz, but their flaw is fatal

Utah has an excellent foundation. Rudy Gobert is a defensive stud who’s earned every penny of the max contract the Jazz are paying him. The 7’ center is just 26 years old, and will be in Utah until at least 2020. Joe Ingles is a quality longterm piece as well, as a solid forward on a team-friendly deal. The Jazz have also made some under-the-radar moves, such as finding undrafted second-year wing Royce O’Neale and trading for Jae Crowder.

There are no problems defensively: the Jazz posted the league’s stingiest unit in back-to-back years, allowing just 105.94 points per 100 possessions this year.

But, sheesh, their offense is light years behind and ranked No. 16 in the league, behind five teams that missed the playoffs: Timberwolves, Hornets, Pelicans, Wizards, and Kings.

The Jazz rely too heavily on Mitchell to play hero-ball, an unhealthy tactic for any team without Harden or Stephen Curry. Mitchell took an average of 19.9 shots a game this year, nearly twice as many as the next-most prolific shooter, Ricky Rubio.

The Jazz are missing another wing player who can create offense, and it’s shown in this opening-round series against Houston, much like it did in the same matchup last season.

What can Utah do?

The Jazz have decisions to make in the offseason. Derrick Favors, Kyle Korver, and Raul Neto all have non-guaranteed contracts that could provide Utah flexibility if it thinks it can land another talent. The team could have another void to fill if Rubio, an unrestricted free agent, chooses to sign elsewhere.

The Jazz can, and should, take home run swings in free agency. Kemba Walker, Jimmy Butler, and Klay Thompson are three of the top names who’d make sense with the roster in its current construction, and all three would give Utah a legitimate chance at a deeper postseason run. If and when those fail, Tobias Harris, Khris Middleton, and Bojan Bogdanovic are on the market as well.

But this playoff disappointment should underscore that the status quo isn’t good enough. Utah needs offensive talent to take the next step in today’s sharp-shooting, hyper-efficient scoring world, and can’t opt to let Mitchell shoot his way into oblivion for another playoff series.

The talent is there, the coach is in place, and their best scorer hasn’t come close to his ceiling yet. The Jazz are just just missing one final link to restore their playoff relevancy.