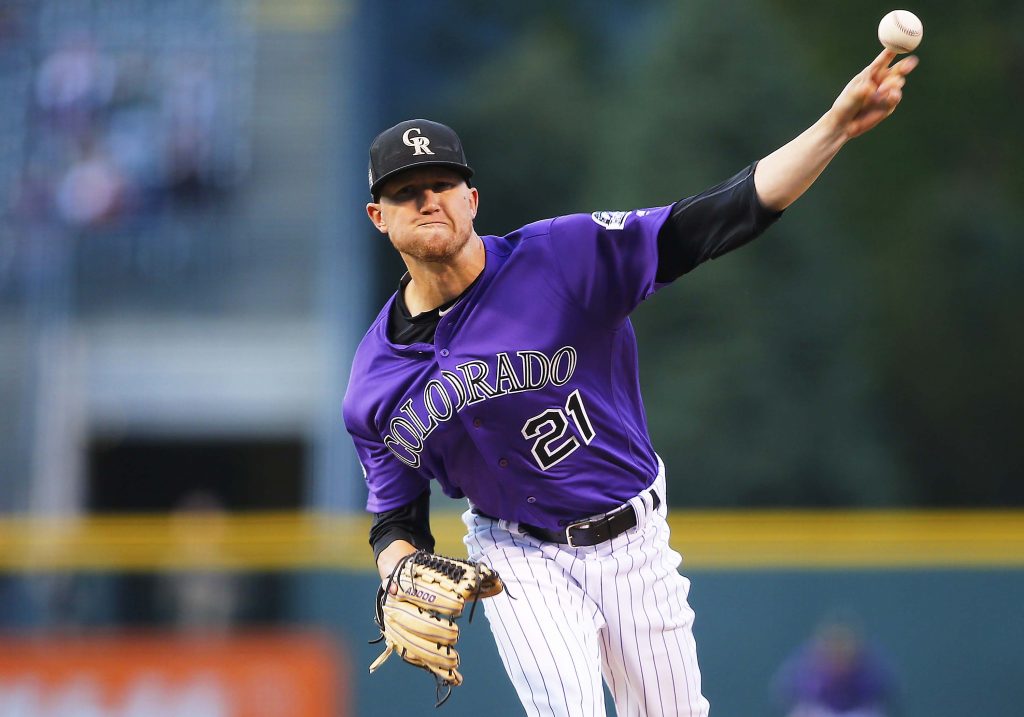 The Rockies announced today that southpaw Kyle Freeland has been placed on the 10-day inured list with a blister. He’ll be replaced by fellow southpaw Tyler Anderson, who was activated from his own stint on the IL.

It had been hoped that the blister to Freeland’s left middle finger wouldn’t require any time on the shelf, but it seems not to have responded quite as well as had been hoped. Blisters can become major problems for pitchers, though there’s no reason at this point to think Freeland’s will turn into a long-lasting issue.

The news comes as a mild disappointment for a club that has been on a nice run of late. Freeland, 25, finished fourth in the Cy Young voting last year and is a key rotation cog for Colorado. Then again, it may not amount to much at all; with his IL placement backdated to April 19th, he could in theory will miss only a single start. That’s just what the southpaw is hoping for, Nick Groke of The Athletic tweets.

As for Anderson, the 29-year-old will be looking to bounce back after experiencing knee inflammation and throwing two rough outings to open the year. He hasn’t reached the heights some might have hoped for a first-round pick, but has been useful for the Rox since reaching the majors in 2016. Anderson showed a worrying velocity drop of nearly 2 mph to open the current campaign; that’s something to watch now that he’s back in action.