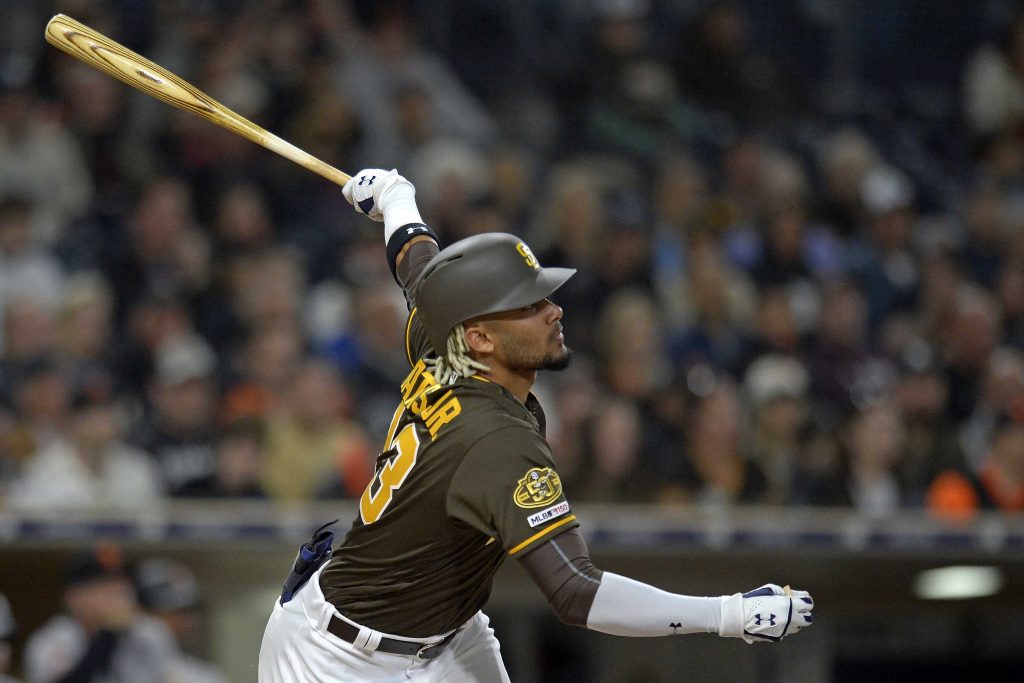 As we approach the one-month mark of the young 2019 season, the MLB standings are starting to take shape, with fast starters trying to separate from the pack and rebuilding teams falling behind. With that said, the current slate of division leaders features some surprises. Notably, preseason favorites like the Yankees and Red Sox have encountered considerable adversity, while juggernauts like the Dodgers and Astros have thus far met expectations. Meanwhile, a number of teams that received less attention as potential contenders have found themselves climbing MLB’s rankings. Power surges in Seattle and Minnesota have carried the Mariners and Twins to the top of AL’s West and Central divisions, respectively. Elite run prevention in Pittsburgh has allowed the Pirates to flourish in the hyper-competitive NL Central. An injection of youthful energy has driven the Padres to within striking distance of the powerhouse Dodgers. Let’s examine these upstart clubs and look ahead to their outlook for the rest of the season.

The Mariners made headlines throughout the offseason, but often for the wrong reasons. General manager Jerry Dipoto spent the winter shipping off nearly every Major Leaguer with value, and now fields a team that only vaguely resembles the one that won 89 games in 2018. Edwin Diaz, Robinson Cano, Jean Segura, and James Paxton were all dealt to the East Coast. Last season’s iteration of the Mariners was notorious for its unsustainable first-half performance, repeatedly winning one-run games, often thanks to the heroics of Edwin Diaz. In 2019, the story is of a different flavor, though skeptics may once again challenge the sustainability of April’s returns. This year’s team is slugging home runs at a historic rate, including a streak of 20 games in which the team hit at least one round-tripper. The 2019 Mariners have belted 56 home runs, 12 more than the next closest team, the Dodgers. Tim Beckham and Domingo Santana are churning out extra-base hits, and Mitch Haniger is rising to stardom. Still, the Astros are looming, and a spot in the AL Wild Card will not come easy, with sleeping giants in the AL East working through early adversity–to say nothing of the undeniable Rays.

In a division that has all the makings of a bloodbath, many might have counted out the Pirates after an uninspired offseason: whereas rivals’ offseasons were highlighted by flashy additions like Paul Goldschmidt, Yasiel Puig, and Yasmani Grandal, the Pirates were quiet in the winter, with names like Lonnie Chisenhall and Erik Gonzalez headlining the team’s moves. However, it has quickly become clear that the 12-7 Pirates boast one of the Majors’ best pitching staffs. Behind Jameson Taillon, Trevor Williams has emerged as an automatic quality start every outing. Meanwhile, Joe Musgrove is showing off the dynamic stuff that made him the centerpiece in the Gerrit Cole trade, and Jordan Lyles has been a pleasant surprise to round out the rotation. Felipe Vazquez is dynamite in the late innings, and Richard Rodriguez showed promise last season as a high-leverage option, though the bullpen is somewhat shaky beyond that combination. On offense, things are less peachy, but Josh Bell is turning heads by coupling prodigious power with a keen batting eye. Again, the NL Central will provide no shortage of resistance, but a starting rotation of this caliber should keep the Pirates in more than their fair share of games.

With the last three seasons resembling a roller coaster ride, the Twins entered the offseason hoping to turn a corner. Derek Falvey and Thad Levine set out with essentially blank future payroll, capitalizing on that flexibility by bringing aboard veterans like Nelson Cruz, Marwin Gonzalez, and Jonathan Schoop to bolster a group of young position players that the Twins hope will be galvanized by rookie manager Rocco Baldelli. Jorge Polanco, fresh off a spring contract extension, has provided encouraging production from the shortstop position, and Eddie Rosario is blasting home runs at an impressive rate. Byron Buxton appears to have unlocked the potential that made him a top prospect, and Jose Berrios is entering bona fide ace territory. The pitching appears much improved from years’ past, with a bullpen headed by Taylor Rogers, who belongs in conversations with the league’s elite relief arms. This team may have the most attainable path to October baseball, playing in a weak division where their primary competition is the Indians, a team that has at times appeared vulnerable in 2019.

The Padres thrust themselves into the conversation for the postseason when general manager A.J. Preller and company added Manny Machado to the mix in a franchise-altering move. The team doubled down when the front office broke the mold by breaking camp with top prospects Fernando Tatis Jr. and Chris Paddack on the Opening Day roster. Those moves have paid massive dividends thus far, with Tatis forcing his way into the national spotlight, displaying a five-tool skillset. The club’s rotation of young outfielders is launching homers, and the anonymous bullpen has quietly been one of the best in baseball dating back to last season. Meanwhile, with a host of young starters comprising the rotation, the possibility of a Dallas Keuchel addition remains on the table–a move that would emphatically declare the Friars’ intention to make a postseason push. At the top of the NL West, the Dodgers represent a daunting giant to topple, and the rest of the National League features no shortage of contending teams, but the Padres’ spunk might lead to meaningful autumn baseball for the first time in nearly a decade.

While there are months of baseball left to play, trades to be made, injuries to work around, and breakouts to emerge, the games played in March and April are no less important than those in September. Early-season results can lay the groundwork for what’s to come. Which of the aforementioned blossoming clubs are best positioned to sustain their success and exceed expectations?